Man oh man! I have wanted to meet Sir Ian McKellen for quite some time. He’s one of my favorites and of course the star of X-Men and Lord of the Rings. He’s a true acting legend.

Russell was able to meet the icon and had him sign his Hobbit poster from San Diego Comic Con 2012.

Been trying to get this to Mike for a few months, but laziness.

Had a great day in August as got to see my beloved Red Sox play the Giants and was able to get a bunch of autographs as we arrived early, waited and hoped. 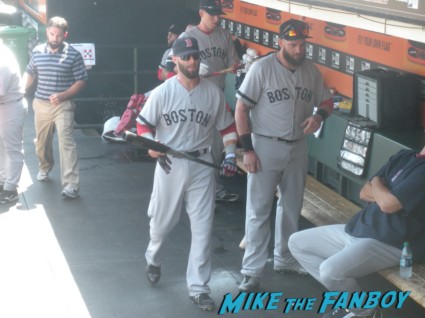 The most notable that made my year just because I have failed the last 5 years was Dustin Pedroia (Oakland is much harder than San Francisco, but its every 4 years that they inter league). 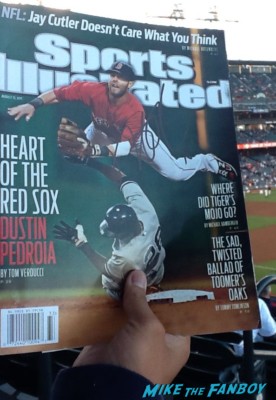 Finally got him on my SI and a ball (although no sweet spot for ball). 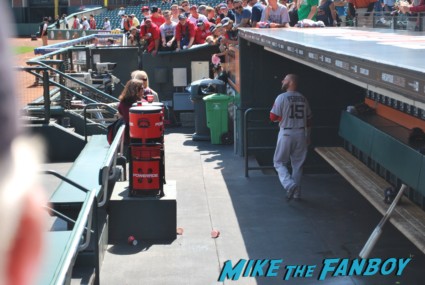 After the Red Sox victory my son and I headed to Berkeley to try for Sir Ian McKellen and Patrick Stewart who were doing a play for the entire month called, “No Man’s Land”. It had been playing since the beginning of August and was there till the end of the month. We don’t get that many opportunities here and I needed Sir Ian for my Hobbit poster.

We arrived there and surveyed the area as I had only been there once. Really only 2 openings which was the back parking lot that was closed with an iron retractable gate and the front area by the courtyard. There were only a few people there I recognized and a bunch of fans that waited by the iron gate so figured most would come out there. I spoke to security and they told me the first week was pretty chaotic and that both signed, but now they were told to keep people away as someone almost got ran over by a car in the street.

The play ended and people filed out and decided to wait by courtyard as there seemed to be a lot of people hanging out. About 10 minutes later Sir Ian comes out and before he gets into his Prius, signs everything people had. 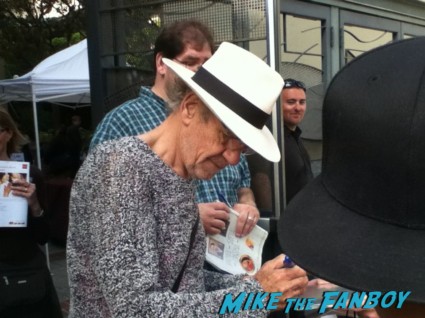 I had him sign my Hobbit poster from 2012 Comicon as well as the souvenir pouch we got at the Warner’s booth this year. 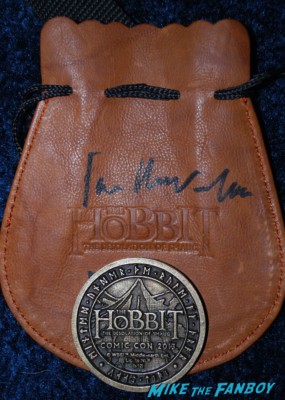 If you had a photo he did ask your name and personalized and wrote 2013. Mission accomplished so if we can get Patrick Stewart that would be icing, but based on other people talking he has not stopped in awhile. 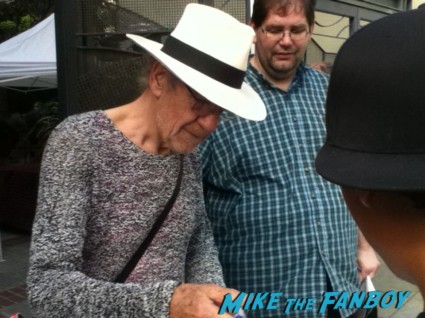 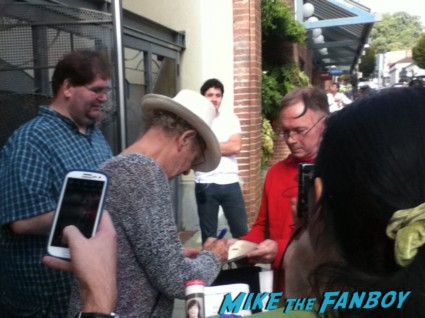 First one to exit through iron gate was Billy Crudup (heard of him before but had nothing) so just had him sign a program and took a picture with him. Patrick ends up coming out next and everyone there yells, but he just waves and gets into his car, they open up the gate and he drives off (save that $75.00 for conventions I guess).

Anyway, Go Red Sox (Sorry Billy if you are a Tiger’s fan)!! 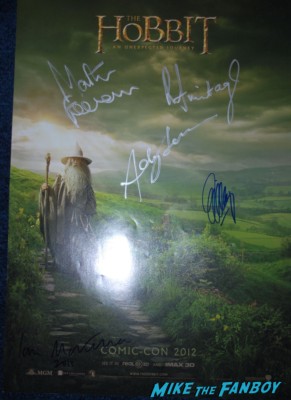