Ugh… I so wanted to hit this, but I need to keep telling myself that I get to everything… “Mike, you just can’t get to everything…” There I tried… Ah well… Scotty was out and about for Ms. Sissy Spacek’s star ceremony on the Walk of Fame. Now, Sissy Spacek is a legend… I mean Carrie alone… Fan – Freaking – Incredible… Truly… But she’s also been in the Coal Miner’s Daughter, In The Bedroom, JFK, Crime Of The Heart and now The Help… I can almost hear CB going… But… But… She was in Hot Rod… Sigh, even legends have blemishes on their records…

Check out Scotty’s report from the Sissy Spacek’s star ceremony on the walk of fame after the jump!

Today I made my way down to Hollywood Boulevard in front of the Disney Soda Shop to see Sissy Spacek receive her star on the Walk of Fame. 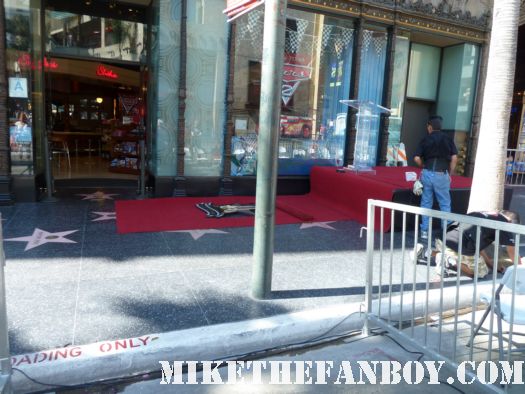 I have seen many of her films and am a big fan of Carrie. Who isn’t? It’s a classic! I brought my Carrie DVD to get signed. I also brought my Twister Laser Disc as Bill Paxton was going to be a presenter. David Lynch was also on hand to present. 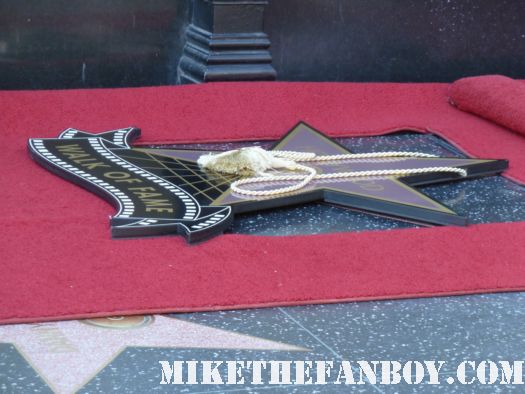 I grabbed a spot on the barricade. I felt like I had a prime spot as I could see the ceremony: there were no chairs or photographers in front of me, and there was a clear path for Sissy and Bill. The ceremony was nice. I had no idea that Bill and Sissy had such a long history as friends. 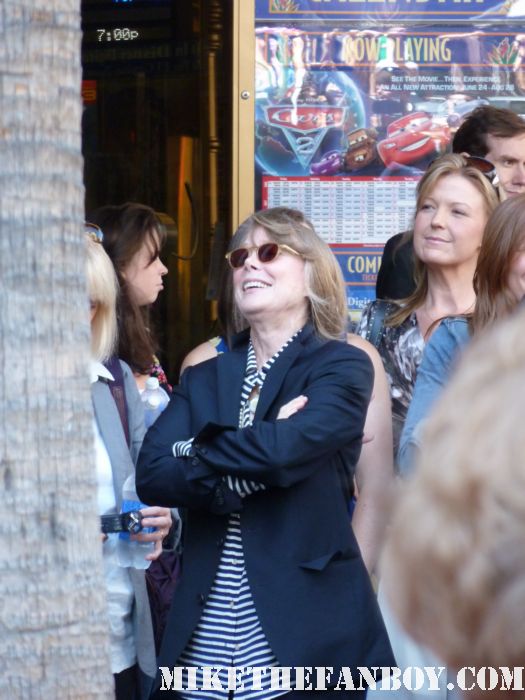 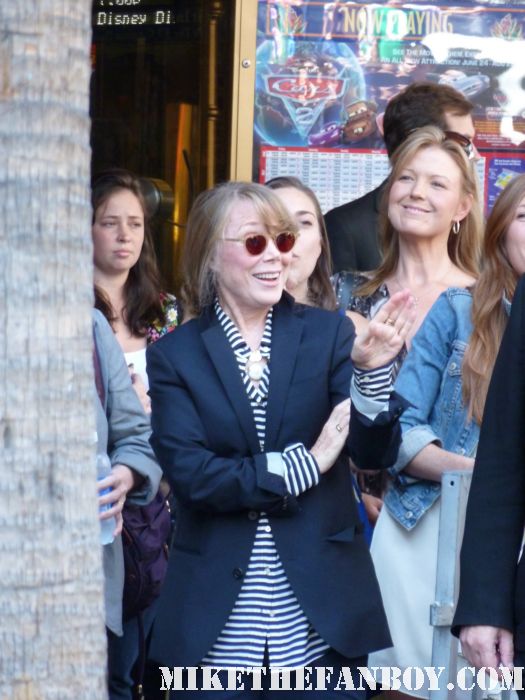 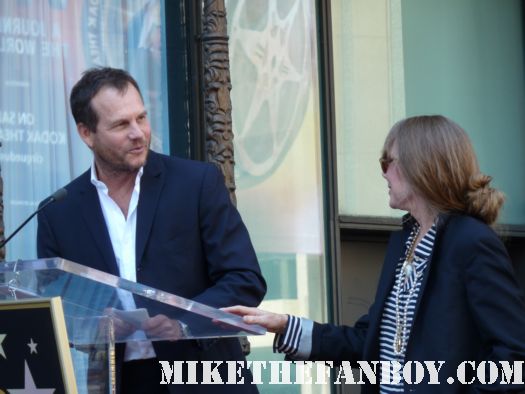 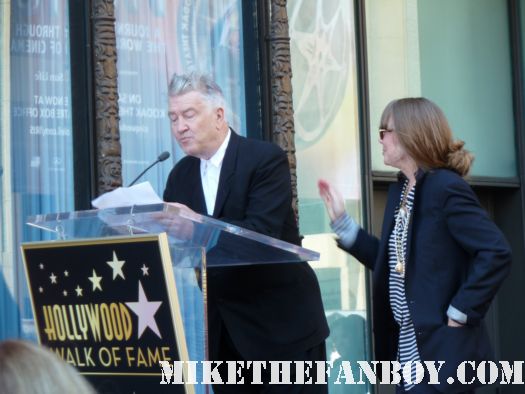 At the conclusion of the ceremony pictures were taken of Sissy with the star. 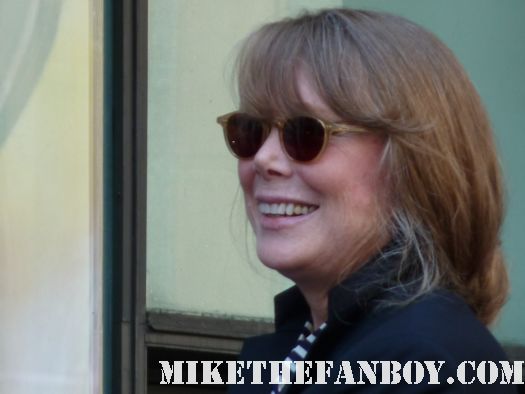 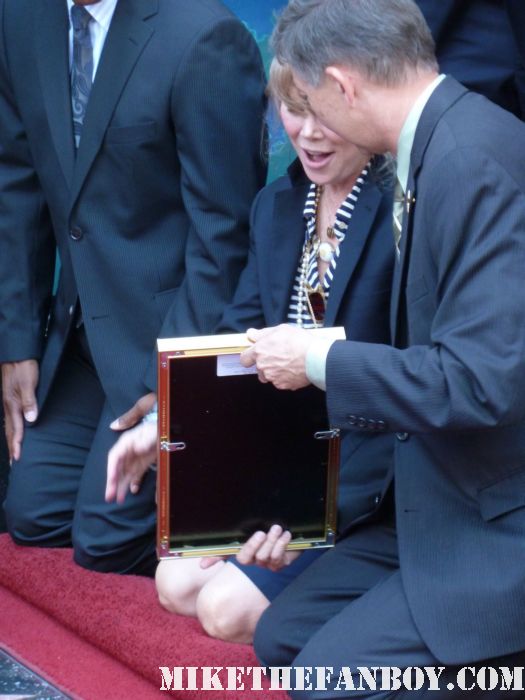 After a few minutes of calling and waiting, Bill made his way over to the far barricade. SO BUMMED. Our section ran over to the other section. I could not seem to get Bill to sign my laser disc. He finally grabbed it, signed his name, and even drew a little tornado on it! 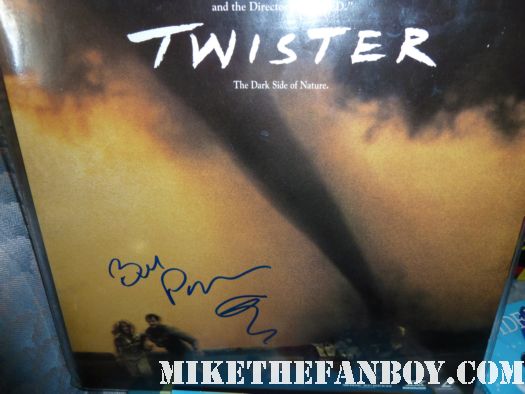 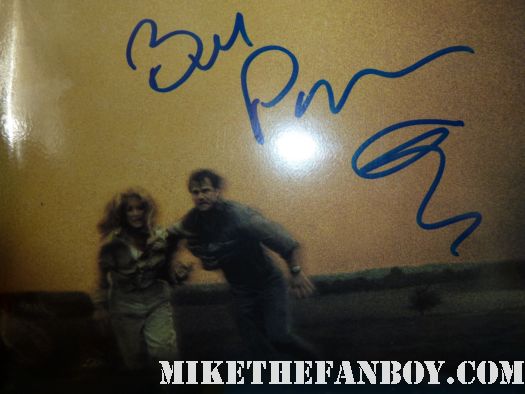 Then I hoped Sissy would come over. Her publicist guided Sissy to all the fans. She was so kind and signed for everyone. 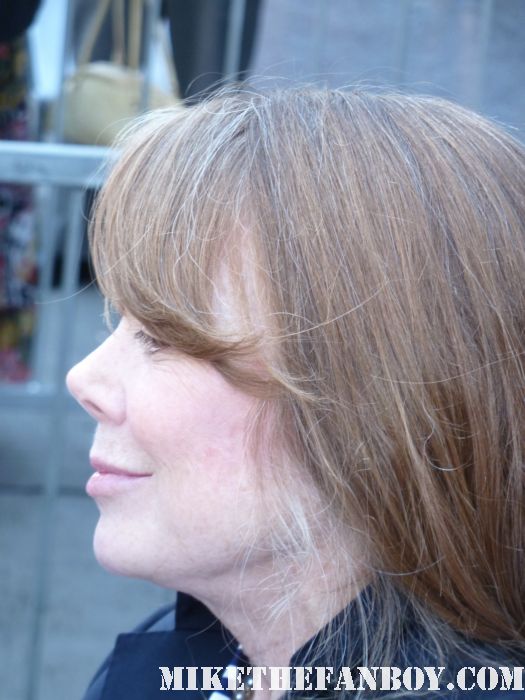 She signed beautiful signatures with every letter. Not usual with most celebrities, today. She got to my Carrie DVD and signed it perfectly. It looked SO GOOD! Congratulations, Sissy and thank you! 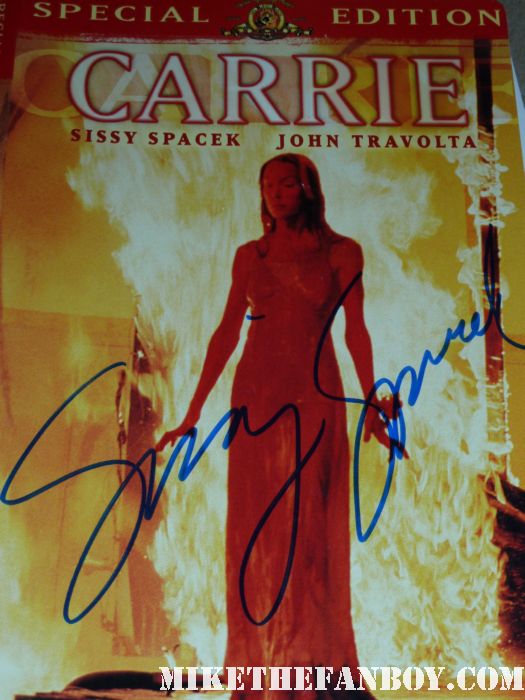