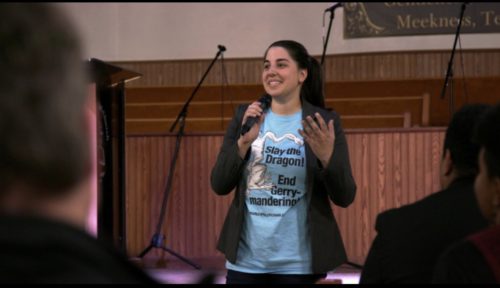 Something important occurred after Barrack Obama’s election in 2008, a well-funded partisan initiative to increase investing in key swing states was implemented in order to gain an advantage with tight races and control the redistricting process, which occurs every 10 years. After analyzing important demographic data, this stunningly successful strategy skewed and impacted voting maps immensely. In the process, this extreme gerrymandering generated one of the most profound, polarizing manipulations in the history of Democracy destroying accurate representations in Congress and changing history in the process. 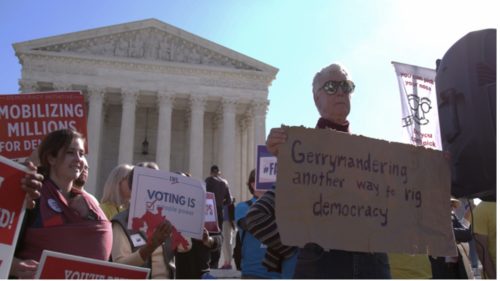 Redrawing district maps to favor a party in power a.k.a. gerrymandering by manipulating boundaries is nothing new, but the unprecedented extreme elimination of certain citizens in appealing areas funded by corporate campaigns corrupted the actual representations of the people. Fed up by the sleezy strategies screwing voters over, a grassroots movement championed by individuals with no prior political experience presented an anti-gerrymandering initiative on the ballot in Michigan for the 2018 midterms. Terrifically timed, “Slay The Dragon” delivers the most absolute important issue about democracy, every person’s vote should be counted equally. Every vote matters.

“Democracy has never been and never can be so durable as aristocracy or monarchy; but while it lasts, it is more bloody than either. … Remember, democracy never lasts long. It soon wastes, exhausts, and murders itself. There never was a democracy yet that did not commit suicide. It is in vain to say that democracy is less vain, less proud, less selfish, less ambitious, or less avaricious than aristocracy or monarchy”- John Adams, The Letters of John Adams and Abigail Adams 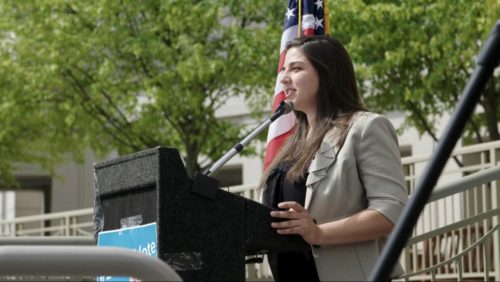 Elections are not won by votes, but by those controlling power. They will stop at nothing to remain relevant and legalize democracy by being extremely creative and presenting the political process with a democratic facade. Founding Father Elbridge Gerry may have signed the Declaration of Independence & the Articles of Confederation and been a Vice President, but his callous contribution to society, gerrymandering, continues to be a profound, problematic and complicated issue. “Slay The Dragon” beautifully brings forth and presents this most heinous, horrible heartache reoccurring in politics. Gerrymandering needs to stop and we need voter’s  voices to be accurately represented.

Presented in an enriching and engaging environment, this delightful documentary doesn’t disappoint and illustrates the blatant disregard for respecting our voting process. The film fantastically focuses on the valiant efforts of inexperienced, impassioned individuals fighting for their rights and protecting the political process. The idea of an untouchable unseen group garnering unfair advantage using sophisticated software and creating safe seats to undermine voters’ intentions shouldn’t be swept under the rug. 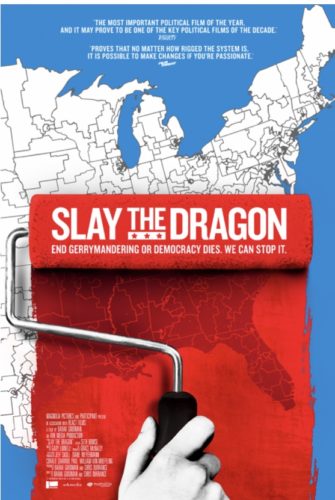 Headlining the film is neophyte Katie Fahey, an inexperienced Michigan independent voter, who became politically polarized during the 2016 election cycle. “Slay The Dragon” magnificently documents the rise of her group’s efforts and provides powerful counterviews, including from the immensely impactful Republican strategist Chris Jankowski, who was a decidedly driving force with exploiting the gerrymandering process during the past decade. The idea of “packing and cracking” key demographic areas highlight the pathetic process of manipulating numbers to favor one party by creating convoluted and confusing redistricting. Finally, we have a film not afraid to actually address the elephant in the room, gerrymandering corrupts the foundation of our democracy.

Unlike the mildly moving “Gerrymandering” from 2010, “Slay The Dragon” destroys the competition with an incredibly informative and entertaining film. Instead of playing like a stereotypical preachy political movie, the documentary delivers with a simple and direct message: Political power is in the people. It might seem incredibly impossible, but remember the words do say “I’m possible.” “Slay The Dragon” persists as a poignant, powerful political struggle showcasing the dark Democratic underbelly of our election process. However, we can certainly change that and “Slay The Dragon” is hands down a Top 10 Film of 2010. Remember, Democracy doesn’t die if we end gerrymandering. We save it!