New and notable We’ve got something for everyone and a comedy tonight! (Suburgatory resumes back on ABC.)

Sex and the City for gay men! Er, Sex and the City STARRING gay men! (As the lead characters and not just the colorful sidekicks). HBO has a new series called Looking which features friends in the big city looking for fulfillment in life and love. A familiar premise, no? This time it’s a trio of gay men played by Jonathan Groff (Spring Awakening, Glee, HBO’s upcoming The Normal Heart), Frankie J. Alvarez (Smash) and Murray Bartlett (August) and the city is San Francisco.


For something not so contemporary, check out Klondike, the first scripted show from Discovery Channel. Klondike tells the story of the last great Gold Rush. Based on actual events, Ridley Scott is producing this tale of two friends in 1897 which stars Richard Madden, Abbie Cornish, Sam Shepard and Tim Roth. I guess one Stark no longer has to say “Winter is Coming” since he’s moved to the North Pole. 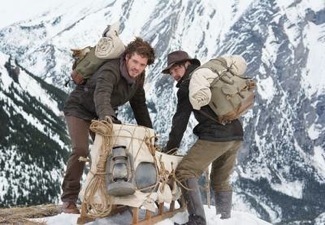 Speaking of hot British exports, we’ll need to let Tim Mison’s Ichabod Crane go back to sleep as Sleepy Hollow wraps up season 1. Don’t fret, we’ll be seeing Ichabod and Abbie again in the fall, but the show runs at a short 13 episodes so it is ending now and we’ve been promised a really big finale for the season. 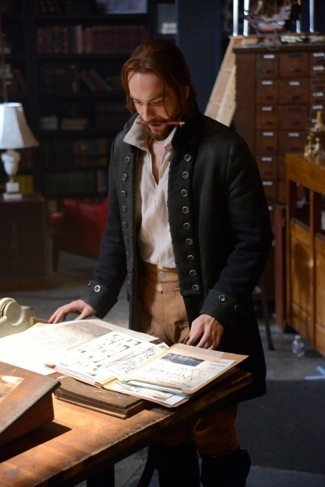 The Following is back! There’s a new murder spree in town so Ryan Hardy (Kevin Bacon) and Mike Weston (Shawn Ashmore) are called in to work with the lone survivor, Lily (Connie Nielsen, “Boss,” “Law & Order: Special Victims Unit”) to solve the case. As they work on this case, they get hints that Joe Carroll (James Purefoy) may still be up to something. Duh dun dah! 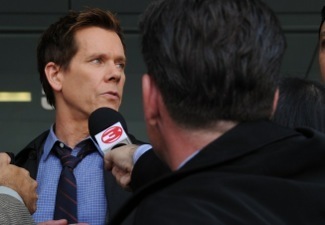 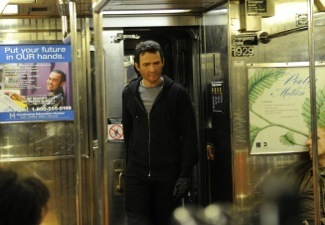 And speaking of slightly creepy, Lifetime is re-making Flowers in the Attic. Based on a popular book, the story centers on 4 kids who are hidden away in the attic as their mother tries to get reinstated in her ailing father’s will. There are creepy undertones as to why their mother needs to repair her relationship with her father and why the kids are locked away in the attic. Strangely enough, this TV movie is much more open about the taboo bit than the 1987 movie version. Cable has definitely pushed the limits on what’s permissible on TV! 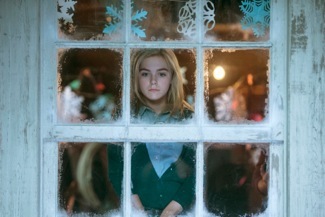 This version of Flowers in the Attic stars Mad Men’s Kiernan Shipka as Cathy, one of four siblings from her mother’s forbidden marriage (Heather Graham). Kiernan has amazing maturity for a 14 year old and can hold her own against a fiery Ellen Burstyn as the angry Grandmother who vibrates with pain and shame over the whole affair. Yes, this isn’t the cheeriest of films, but there’s always the bonus of seeing Dylan Bruce (Orphan Black) in a tux. Lifetime is so pleased with the movie that they are already moving on a sequel — should the ratings be strong enough this weekend. 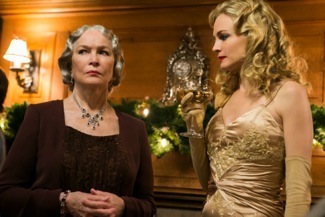 Speaking of strong ratings, Sherlock is back! After a two year absence, Sherlock returned to the UK with stellar ratings. Expect no less for the US since PBS is airing Sherlock back-to-back with Downton Abbey and we need answers on how Sherlock survived after falling off a building! Stay tuned for my review of season 3 and how this season picks up in a slightly different direction! 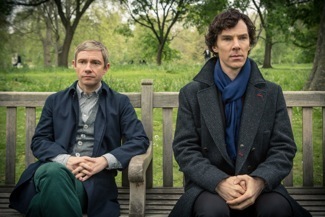 This week we have two award shows: the Critic’s Choice Movie Awards and the Screen Actors Guild awards. SAG is always fun since it features both TV and movies. Expect Breaking Bad to collect a lot of (heavy) Actor statues for their standout final season! 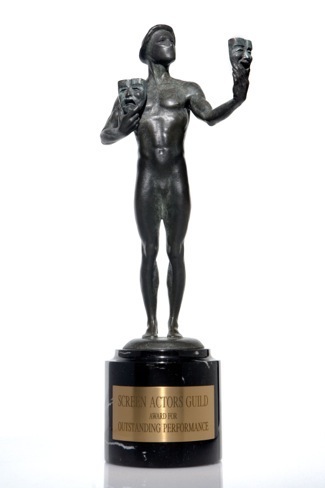 Crystal Ball Taking a peek into the future, I see a lot of lions and tigers and bears – oh my!! Likely due to the massive success of the musical Wicked and the recent success of Oz the Great and Powerful, there are no less than 5 different Oz-inspired titles that are in development. Yes, you read that right – five! 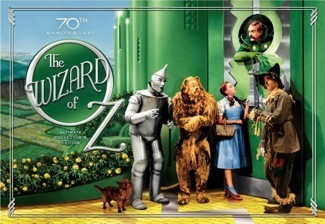 Now it doesn’t mean they’re going to all hit the airwaves, but it should be interesting to see which projects get progressed further since they have an, um, interesting spin on the land of Oz. Don’t forget to enter our contest to receive a blu-ray copy of the remastered original!

Emerald City – NBC is looking at a dark Game of Thrones-inspired Oz setting.

Dorothy Must Die – The CW is basing this series on a new novel by Danielle Paige. In this one, Dorothy is the established bad guy in Oz and a new girl lands in Oz. This is from the team behind the Heroes TV show. 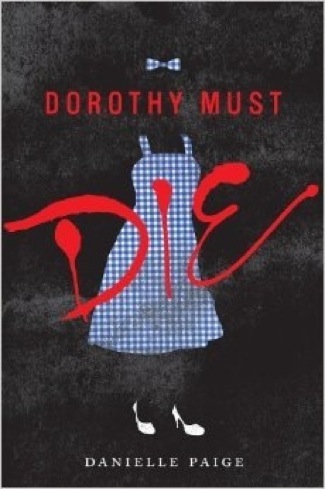 Red Brick Road – Lifetime is looking at a tale which explorers where the red brick road goes. Answer: Dark and dangerous places. The team behind the new and terrific Bates Motel series is putting this one together. It’s also Game of Thrones-inspired. (Anything with elements of fantasy is pretty much “Game of Thrones-inspired” these days…) 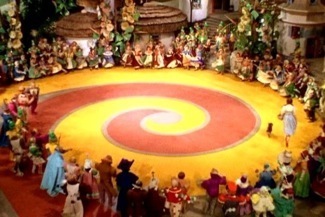 Warriors of Oz – Syfy is working on a mini-series with Timur Bekmambetov (Wanted, Abraham Lincoln Vampire Hunter) where a team of warriors are going to take down the Wizard. The Dorothy character in this tale is the leader of the warriors…and a guy.

Dorothy – CBS is looking to the team behind Elementary for a medical soap opera set in NY. Uh huh. I don’t know what that means either. Hopefully this isn’t the medical Oz they were thinking of: 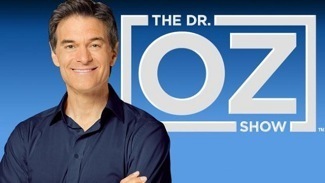 Any of these versions tickle your fancy or seem blasphemous?