Oh La La…
Who doesn’t love Charlie Hunnam?
Well, Charlie is the newest cover boy for Entertainment Weekly and all I can say is Oh La La!
He looks great! 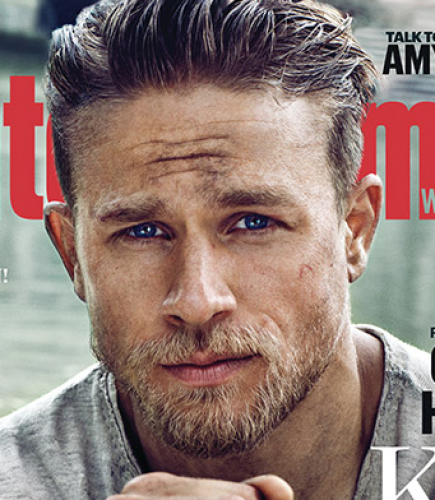 Charlie is giving fans a sneak peak at King Arthur his new film with Guy Ritchie.

Guy Ritchie says this about the new film
“I think where the pitfall has often been is trying to make King Arthur bland and nice, and nice and bland,” he says. “The two qualities make rather compatible bed companions. Unfortunately, they’re not interesting to watch. Luke Skywalker was always the most uninteresting character in Star Wars because he’s the good guy. Good guys are boring.” 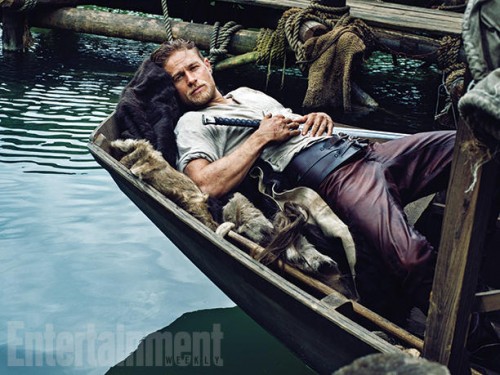 EW has the following quote from Charlie Hunnam:

“He’s a little bit rough around the edges, but he’s basically a survivor. He’s a hustler,” Hunnam says. “He’s a street kid. There’s definitely a harder edge to him than people would imagine. It’s sort of classic Guy Ritchie stuff.”

Check out the video and cover below! 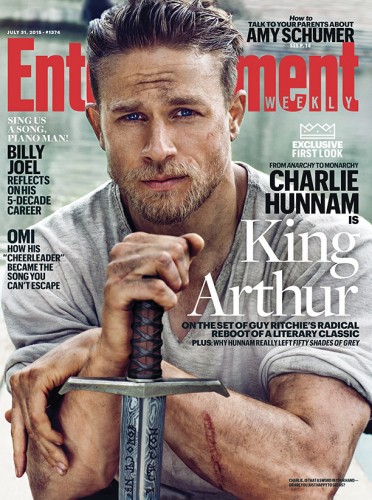