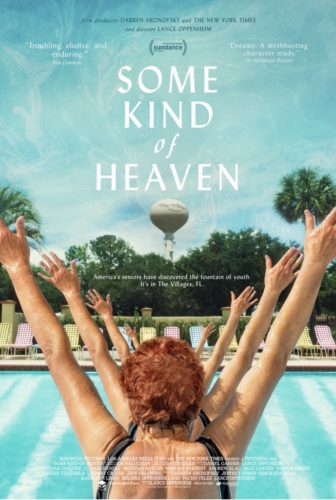 Nostalgia never grows old, nor do our spirits. Lance Oppenheim’s orgiastic documentary definitely delights with his wonderful examination of a Florida retirement community in “Some Kind of Heaven.”

Taking place in the Villages, America’s largest retirement community in Florida, “Some Kind of Heaven” examines the unique utopia seniors flock to in Central Florida. The dreams and desires of its residents are plentiful, but not everyone reaps the benefits of the community’s pre-packaged paradise. 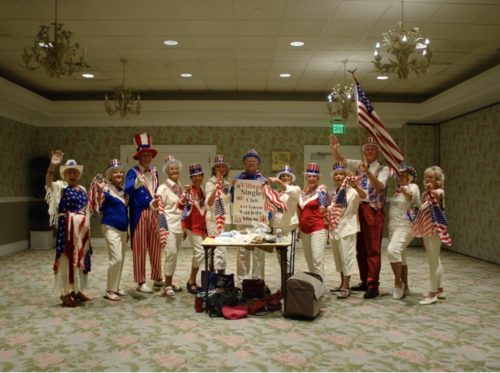 Lance Oppenheim is a force to be reckoned with and throughout I could easily see comparisons to Errol Morris. His magnificently mature vision with striking color cinematography has debuted the first wonderful documentary of 2021. It’s a surreal senior playground being shown to the under 65 crowd. As one interviewee says, “It’s like going to college” with all the activities being offered. The film fanatically shows glimpses into the lives of the nearly 130,000 residents in this community.

“Some Kind of Heaven” reminded me of “Kings Point” and “The Last Resort” with its subject matter. It’s a nice nostalgic documentary, but not necessarily for everyone. It’s an admirable authentic and intriguing inspection of senior citizens showcasing how retirement communities are like another rendition of school for the retired. Oppenheim’s directorial debut as a documentary filmmaker shows immense promise and the way he captures his subjects makes me eager to see what’s on the horizon. Truly, he could very well be the new incarnation of Errol Morris. 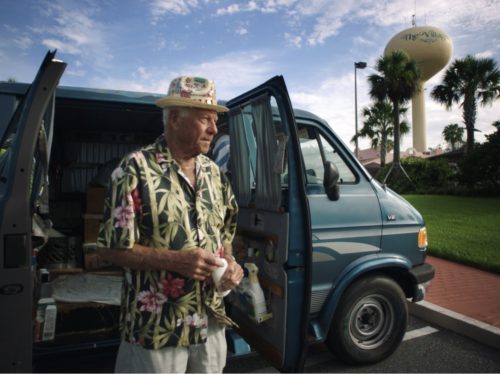 Although a niche subject matter and more geared for the artsy crowd, we’re able to see the main principles Barbara, Dennis and Anne & Reggie showcase the different dynamics occurring in the community. Barbara moved to the community seven years ago from Boston with her husband, whose since passed away leaving a weary widow trying to overcome her depression and loneliness. Then there is “party animal” Dennis who is a charming 81-year-old man hoping to entice a wealthy woman despite living in his van and attempting to pass off as a “resident.” Finally, there’s Anne and Reggie, who’ve been married for almost 50 years, and provide the doc’s best dramatic storyline presenting how the community reacts to mental illness. 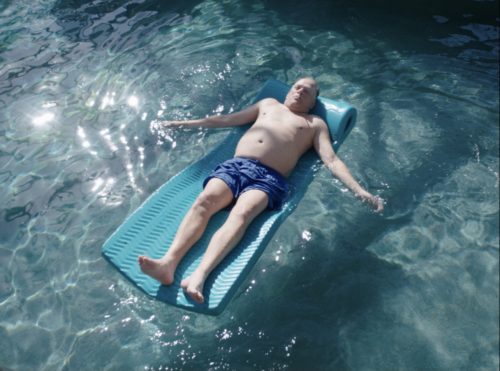 The film focuses on the concept like it’s a theme-park for seniors, but after a while it’s not fun and time to go home. Sure there are the thrills and entertainment, but after a while is it truly fun? In essence, the film presents an exaggerated American Dream and how only the wealthy will “truly be happy” in an adult playground. Oppenheim’s observational approach is charming at times, but you can certainly sense the reluctance of how surreal the overall experience is for both outsiders and residents alike. The entertaining, eternal Baby Boomer mindset flourishes throughout, but for about 80 minutes it doesn’t feel fully-flushed out. Nonetheless, Oppenheim’s impressive eye has certainly made him a filmmaker to watch and see how he evolves as an artist.