Scotty is a huge Foo Fighters fan, he just goes on and on about how great they are! Well, Dave Grohl directed a documentary called Sound City and there was a red carpet premiere held at the arclight cinerama dome.

Of course Scotty had to go and try and meet Dave and the rest of the band.

I am a big fan of the Foo Fighters. I have been reading about Dave Grohl’s venture into directing with the documentary “Sound City.” The documentary focuses on the Sound City recording studio in Van Nuys that was closed for commercial use in May of 2011. I was excited to hear that the premiere would be in Hollywood. Many of the musical talents featured in the film were scheduled to be in attendance.

I armed myself with a magazine that had Foo Fighters on the cover, my Foo Fighters “One By One” CD, and my “Sound City” mini poster. I was the first to arrive at the premiere. I was disappointed after I arrived as I realized I forgot my camera at home when running out the door in the morning for work. 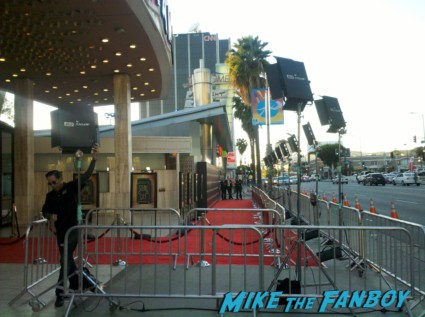 I was put a little at ease when I remembered I had the camera on my phone. I convinced myself that it was better than nothing. Not too many fans or dealers were at this event. Jennifer Lawrence was in town doing a talk show, so many people were over there. This was a bonus for me. 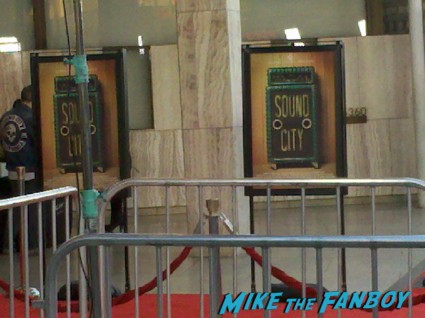 People began to arrive and make their way down the carpet. The first to come over was Pat Smear and Nate Mendel of the Foo Fighters. 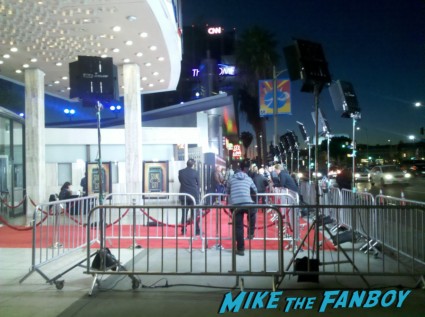 I had Pat sign my magazine. Nate signed my magazine and CD. I could have gotten pictures with both, but my camera phone decided not to work. Oh well, what can you do? Krist Novoselic was the next to come over. 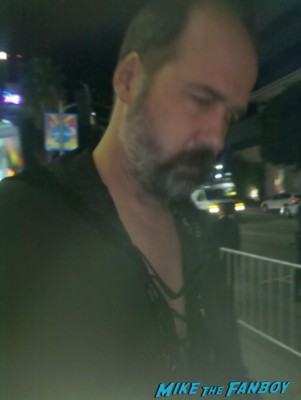 He signed my “Sound City” poster. 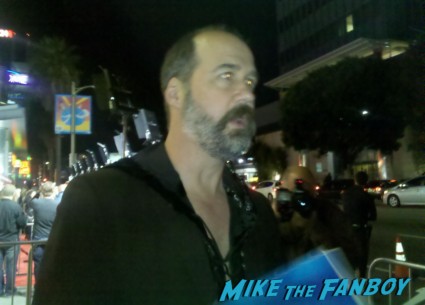 Taylor Hawkins rushed over next, signed quickly, and rushed back to go into the theater. 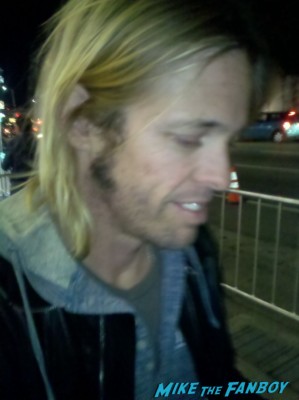 Rick Nielsen of Cheap Trick also came over and signed my poster. The last two people on the carpet were Stevie Nicks and Dave Grohl. As Stevie finished interviews on the carpet, we all called for her. She waved to us, but did not come over to sign. Dave finally finished and rushed over to sign. He is such a nice guy. He told everyone that he would sign one for each person so that he could get to everyone. 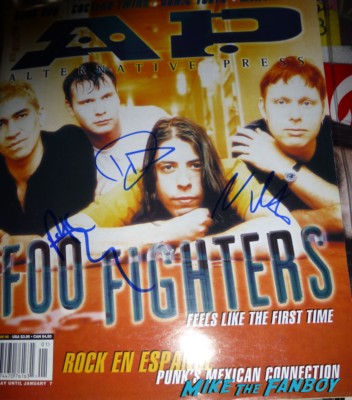 There were more people who showed, but the ones mentioned above were the ones I wanted. I had a great time. Thank you to everyone who came over to sign and make this music enthusiast very happy. 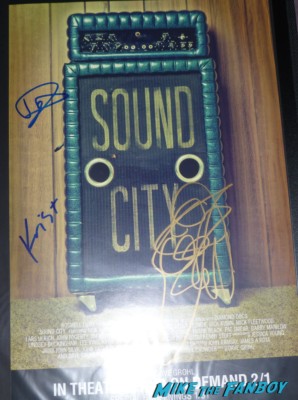