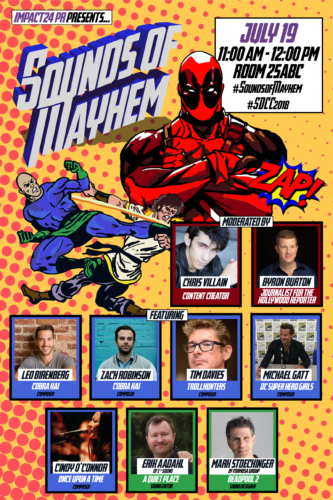 The conversation kicked off with a look into the work of the experts in the sound field, who set the tone and control the sonic worlds in each of their films and television shows. “Cobra Kai is just pure, unfiltered fun,” said Leo Birenberg. “For this show, we got to go with our deepest impulses when setting the tone and we got to have a ton of fun doing it.”

Co-composer Zach Robinson, a master of guitar shredding stadium rock agreed, “diving into the ‘80s universe was a blast,” Robinson added, “we were able to work with the iconic karate kid universe and there was a great opportunity to collaborate with the creators. We actually got to score 80’s montages that were not meant to be cheesy and made sense for the story universe.” 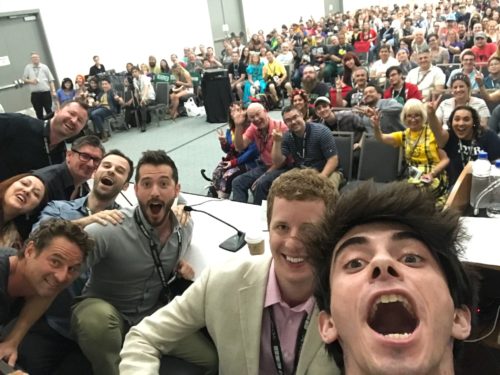 Michael Gatt contributed to the conversation about creating sonic identities for different projects. “It’s that moment when you start on a show and it’s just a blank page and you don’t know what it’s going to be,” said Michael, “So, you’re collaborating and finding out what it sounds like. It’s a great feeling and to ride that out through the whole process is magical.”

Tim Davies added, “For Trollhunters, I got to take the music, that’s more comic like, and make it darker and more serious. Anytime you get to work with Guillermo Del Toro is crazy, so the resulting score is some of my favorite work.”

The panelists then turned their attention to the characters in their projects. “For A Quiet Place, survival depends on characters being quiet,” said Erik Aadahl, describing the sonic identity of creature characters. “There is a scene where the daughter is in the corn field and we used sonic envelopes for the point of view of the creatures and what they hear.” 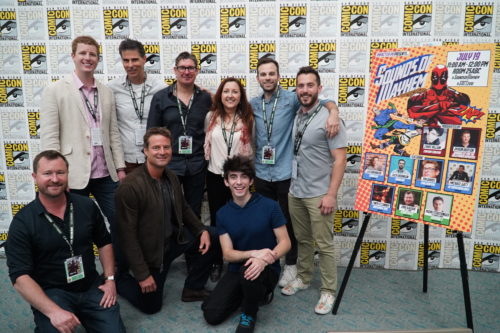 Cindy O’Connor, who created the score for the fairy-tale world of Once Upon a Time, earning her an Emmy nomination, discussed the fantasy characters she’s scored for. “Who doesn’t love the love story between Emma and Captain Hook?” she said. “They weren’t sure about each other at first and then they fell in love,” O’Connor continued, “it was great bringing their characters and story to life. The finale episode was one of my favorite to score, because it wrapped up so many character arcs and had a lot of musical opportunities.”

The conversation concluded with Mark Stoeckinger talking about the tech and tools used to create the soundscape of Deadpool 2 and his other projects. “You can make an instrument out of anything. As far as making a sound, sometimes its found and realized. A lot of it is a sense of discovery.”

Following the discussion of behind-the-scenes tricks and tidbit, the packed crowd departed, excited for the rest of their Comic-Con journey. 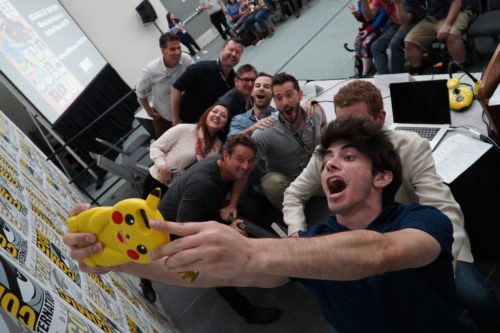 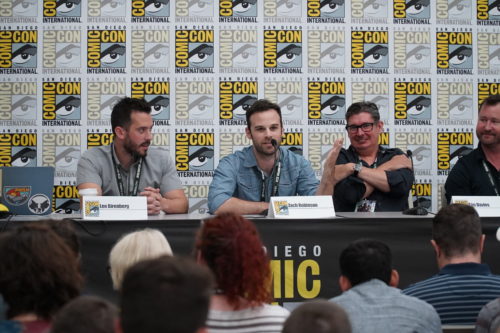 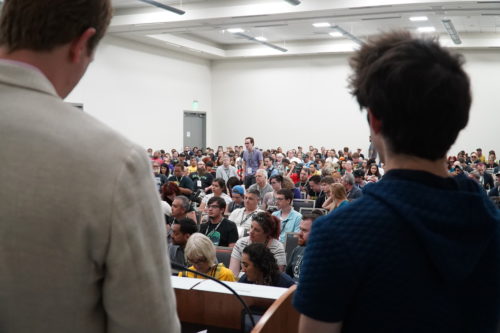 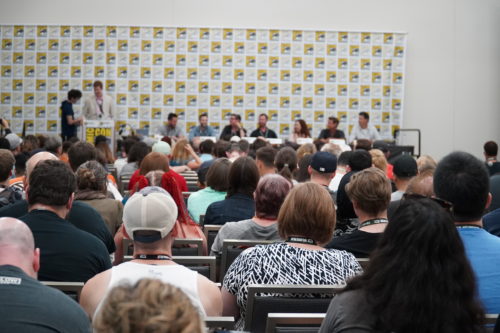 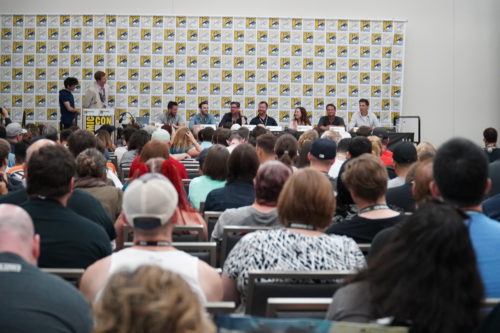 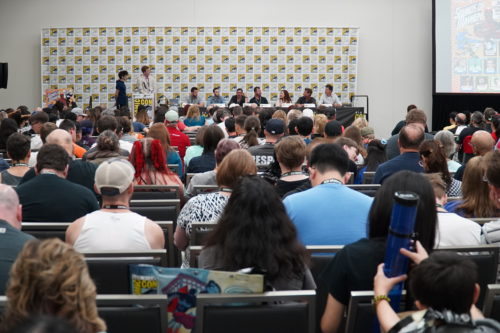 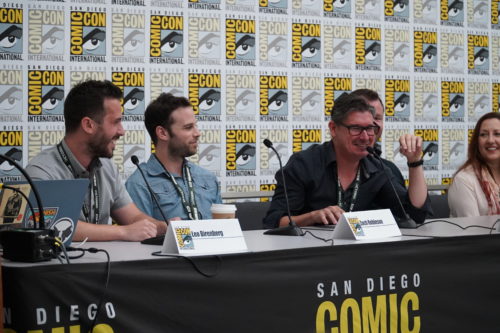 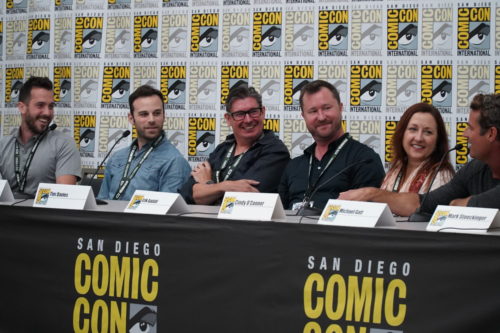 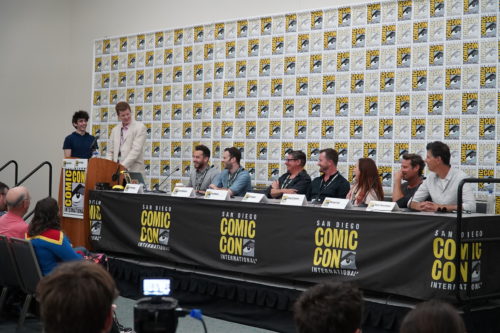 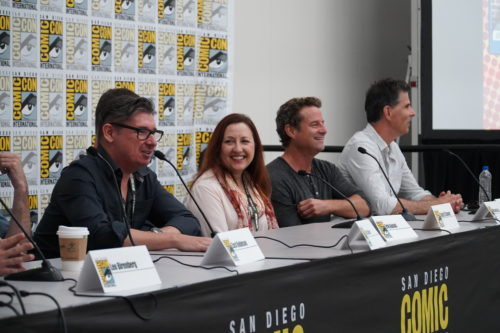 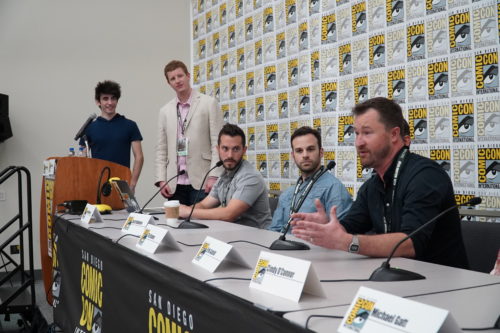 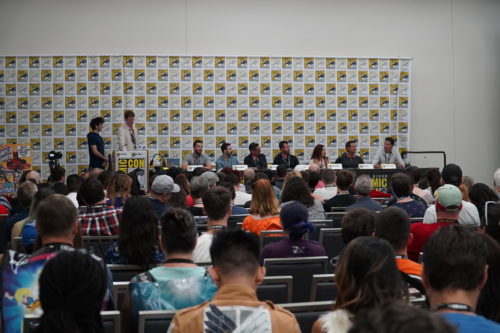 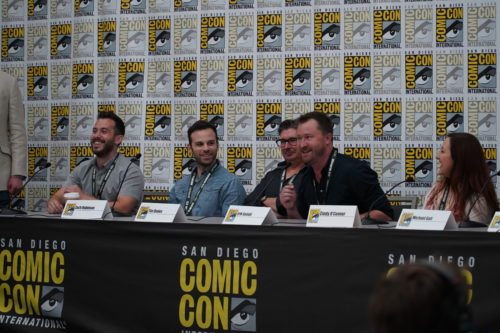