This is the twenty-fourth… Yes, the twenty-fourth James Bond film. That’s a pretty incredible feat considering there have been several actors taking the 007 mantel and several different approaches to the source material. There were the kitschy films with Roger Moore, the pseudo-grit of Timothy Dalton, the classic Bond with Sean Connery and the suave Bond of Pierce Brosnan. 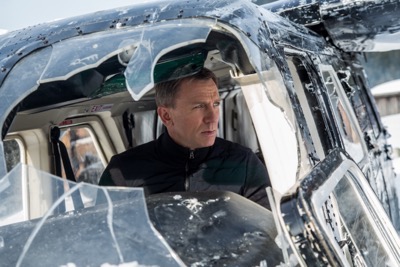 Spectre, the latest Bond film starring Daniel Craig in the lead role, divided fans on it’s initial release. Everyone compared it to the excellent Skyfall and I think unfairly so. Daniel Craig has continued to portray his Bond as a man fighting more with his own demons than even those trying to take down the world. He’s emotionally distant even if he still orders his drinks shaken, not stirred. 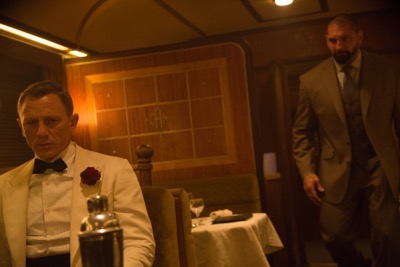 This time out, Bond is having to battle a man who he, for better or worse started on his path. After a dazzling opening sequence, we get to the meat of Spectre. Bond pursues a lead from an unlikely source and it leads him to a secret meeting. Bond observes the meeting and the participants until in walks Franz Oberhauser (Christoph Waltz). Franz soon realizes that Bond is in the house and he along with his criminal organization (with an octopus logo… natch) pursues Bond in an elaborate chase scene. 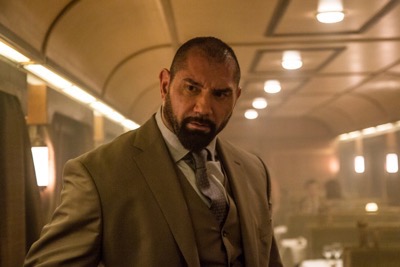 Bond then sets his sight on brining Franz down. The first clue leads to Mexico City during an amazing set piece taking place during the Day of the Dead. There are collapsing buildings, massive crowds, and all kinds of madness thrown in for good measure. Then we head to Rome and meet up with Lucia (Monica Belucci) who is the widow of a Spectre assassin. Bond then sees Franz and starts a cat and mouse chase with another assassin named Hinx (Dave Bautista). 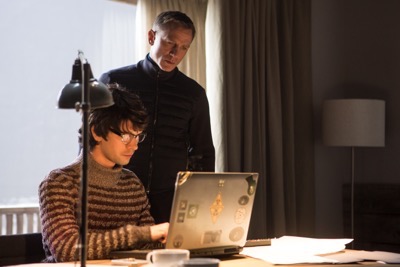 We then do some more globe trotting and head to Austria and a clinic deep in the Alpine. Dr. Madeline Swann (Lea Seydoux) is one of the people that Bond is looking for and she helps lead Bond to the Moroccan desert and Franz’s lair. Whew, that’s a lot of globe trotting and frequent flyer miles.

While all this globe trotting is taking place, MI6 is in danger of being dismantled by Max Denbigh (Andrew Scott). Fighting this of course is the new M (Ralph Fiennes) and Q (Ben Wishaw). Max wants to consolidate all the information at British Intelligence and eight other nations in one location, one that he will have sole power over.

Got all that? Okay good. 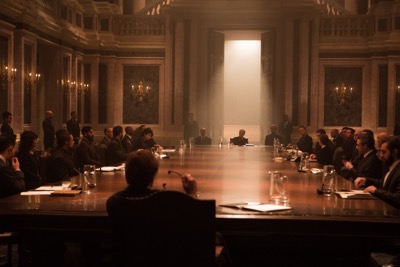 The thing that I think hurt Spectre in terms of comparisons to earlier Daniel Craig Bond films is that Franz never jelled as a villain. Christoph Waltz, an amazing actor felt very muted and didn’t have his usual over the top glee in playing Franz. Perhaps he was going for something different but onscreen it just felt slight and not nearly scary enough, especially when comparing him to Javier Bardem in Skyfall. Even the ending where the writers try to tie Spectre to previous Bond outings felt forced and not nearly clear enough in it’s execution. 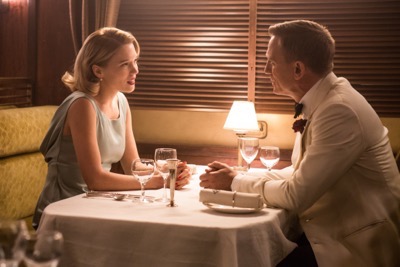 Those, while not minor quibbles, didn’t damper the film for me though. While it may not have the lasting allure of Skyfall, Spectre still is a lot of fun. The action set-pieces are outstanding and the stunts are jaw dropping incredible. The plot is a jumble and hard to follow but if this is to be Daniel Craig’s last outing as 007, at least he’s leaving on a good note, one that maybe just isn’t as high as what has come before. 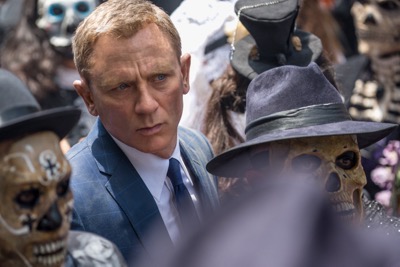 Spectre arrives on Blu-ray in an excellent high definition transfer. The film was shot on film, while Skyfall was shot digitally. Of course this was done so that the film could be released on IMAX screens. On a smaller scale, Skyfall’s definition and color palette looks incredible. The dark colors are rich and the bright white of the alpines look striking and smart. Fine details are pronounced throughout and I thought everything looks stunning. 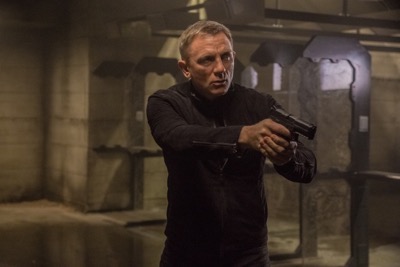 Special features on this release include a making of featurette on the Day of the Dead opening sequence, as well as six small video blogs that will play all together if so desired. They are very short, so it’s better to digest them all at once.

There are also a set of trailers as well as a photo gallery. 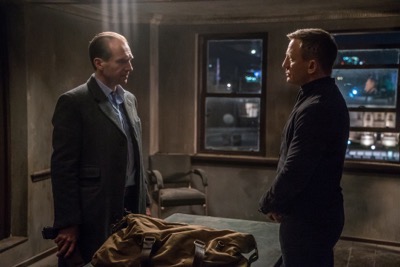 Overall, while a flawed film, Spectre is still a really exciting and fun action adventure movie. You just have to take a minute and try not to over analyze the plot. If you sit back and just enjoy the film for the action and the characters, then Spectre will be a fun viewing experience.

Spectre is out Feb. 9th on Blu-ray!