I have to tell you… I love Melissa McCarthy.

I didn’t love Tammy, I thought Identity Thief was okay, but I’m really looking forward to seeing Spy. I think she’s just so good in the right role.

James headed out to the London premiere of Spy and had a blast! He not only met Melissa McCarthy but also Jude Law, Jason Statham, Allison Janney and more!

Another day, another visit to Leicester Square! This time was for the UK premiere of the pretty awesome sounding Spy, starring Melissa McCarthy, Jason Statham and Jude Law amongst others. The three main stars of the film were due to attend, alongside Allison Janney, Miranda Hart, Jessica Chaffin and director Paul Feig. I’d never met Melissa and have wanted to meet Allison for a while now, so I couldn’t resist going along. 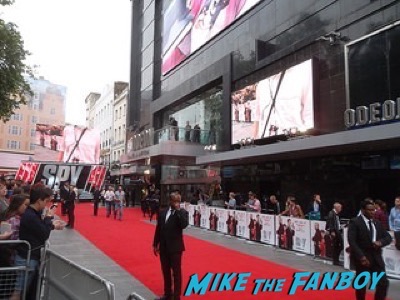 It was quite a nice red carpet setup, with a pretty cool looking stage for interviews with the cast near the cinema entrance. I think this was the first premiere of 2015 that I had a really optimistic feeling about whilst waiting for arrivals, which was nice. We were a bit up the carpet from where people were being dropped off, so it was a bit hard to see the order in which people were arriving. First to come over to us was comedian and actress Jessica Chaffin, known for her Ronna and Beverly partnership with Jamie Denbo. She signed an index card for me, and posed for a photo too. 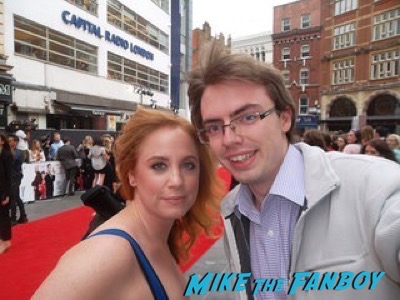 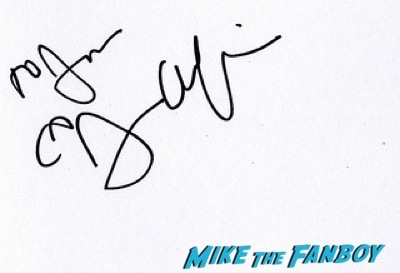 Next to come over to us was director Paul Feig. Whilst Paul is best known for his films including Bridesmaids and The Heat, he’s also directed episodes of three of my favourite TV programmes; The Office, 30 Rock and Parks and Recreation, so I was pretty excited to meet him. I told him of my love for his Parks episode (Pawnee Zoo) which he seemed appreciative of, and he signed an index card for me, and posed for a photo too. 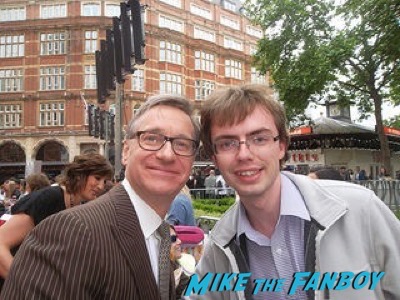 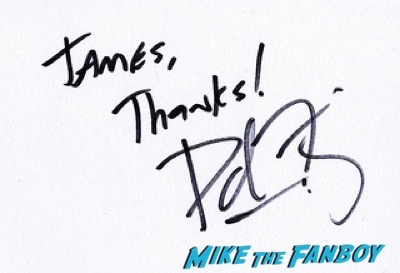 Right behind Paul was Miranda Hart, best known for her hit TV comedy series Miranda and for her role in Call the Midwife. Miranda signed my boxset of her series, and posed for a photo too. 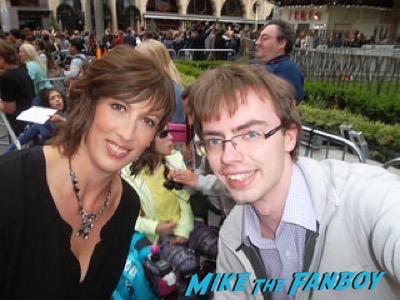 A short while passed before the next person came over, the person I probably most wanted to meet at the premiere, Allison Janney. Allison was really, really friendly, and spent ages signing and interacting with fans. She kindly signed both my The Help DVD sleeve (already signed by Emma Stone and Jessica Chastain) and Juno DVD sleeve (already signed by Michael Cera and Jason Reitman), as well as an index card. She posed for a photo with me too. Happy James! 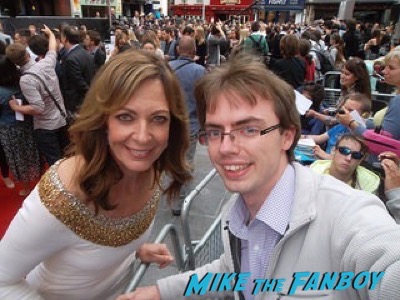 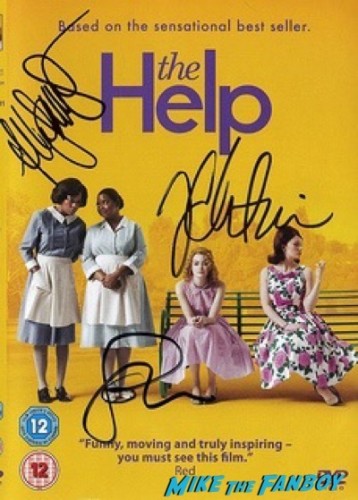 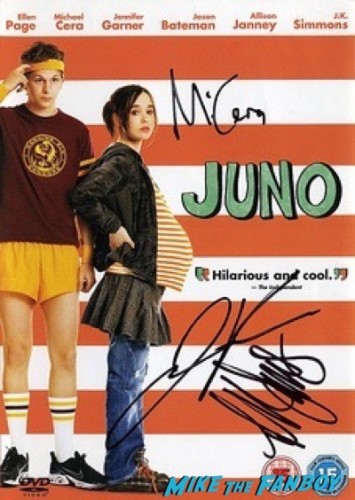 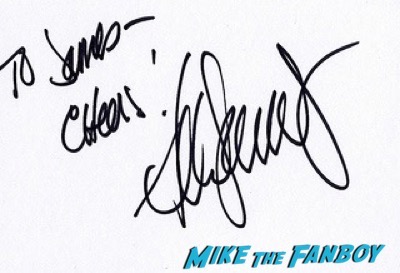 The film’s main star Melissa McCarthy was next to come over. I wasn’t sure how the Gilmore Girls, Mike & Molly, Bridesmaids, The Heat and Tammy star would be, but she was absolutely lovely. Like, on another level lovely. Just as Allison had, Melissa spent ages signing and talking to fans, and was just really down to earth. She signed an index card for me, and posed for a photo with me too. This has to be one of the nicest autographs I have ever seen from a Hollywood star! 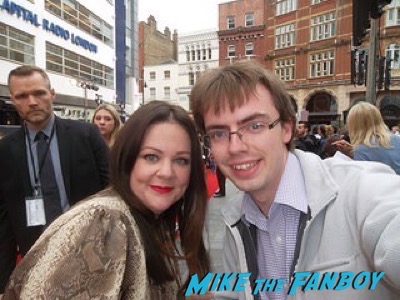 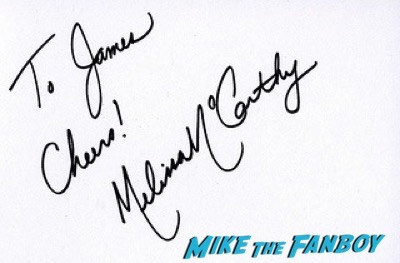 Jude Law soon followed. He was considerably later than the rest of the cast arriving and was considerably more rushed than the others had been, but still signed a fair few autographs for people. I managed to get a photo signed that I have had lying about for about eight years, as well as my Road to Perdition and Lemony Snicket’s A Series of Unfortunate Events DVD sleeves (the latter is already signed by Billy Connolly and Timothy Spall). Jude also posed for a quick photo, but sadly isn’t quite looking! 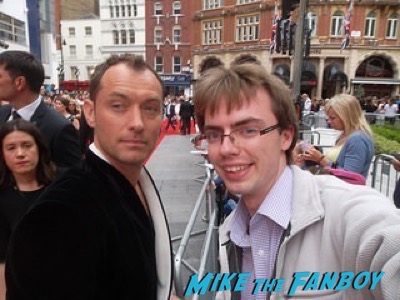 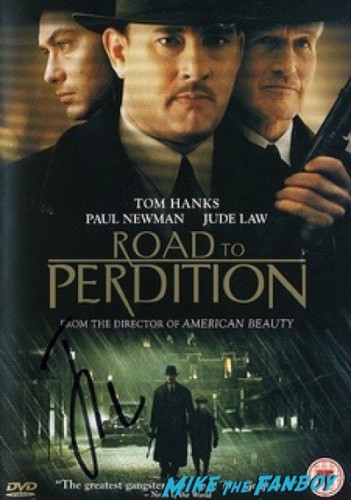 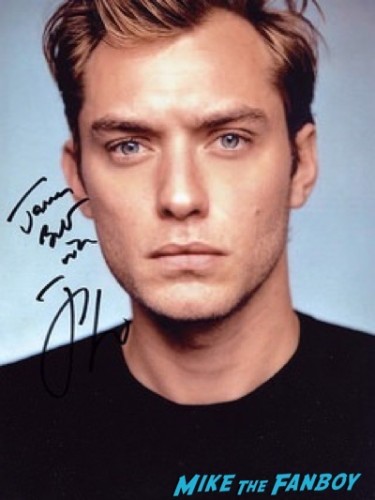 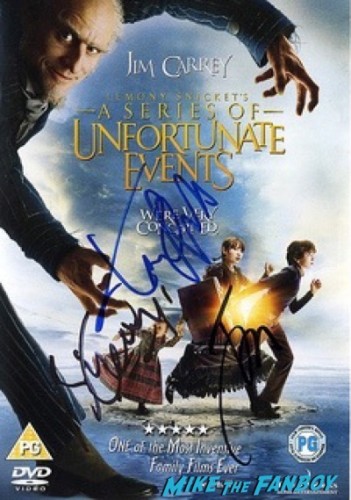 Miranda co-star Sarah Hadland arrived as a guest, and was happy to sign my Miranda boxset and to pose for a photo, which was a nice surprise. 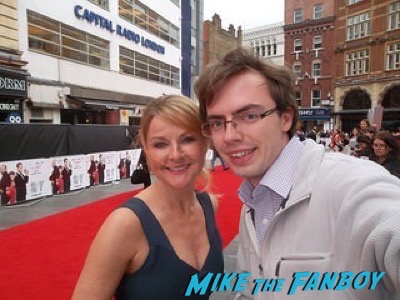 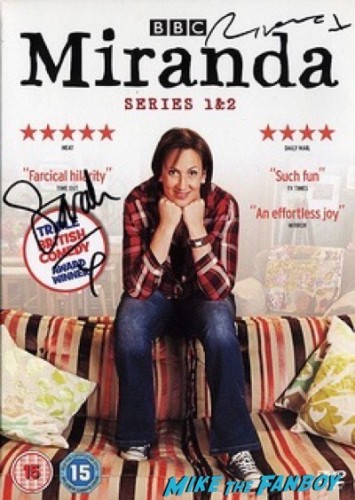 The final person to come over was Jason Statham himself! Jason probably signed more than anyone else on the red carpet; he may not be the most talkative person, but I think he went to every single possible bit of barrier there was signing and posing for photographs. He signed a Hummingbird promotional picture for me, saying how much he enjoyed making that film, and posed for a photo too. 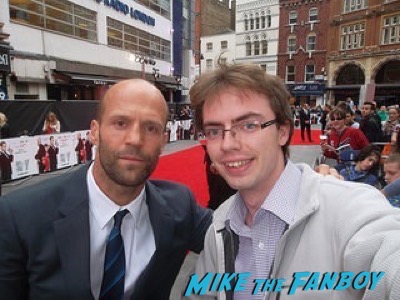 A perfect end to a great evening; everyone came over and it was, well, fun. That’s not something that I can always say about visits to Leicester Square!

Check out more from James adventures in London here!