Stan Lee’s Comikaze is coming! Yes, the pop culture extravaganza is hitting Los Angeles and each year keeps getting bigger and bigger!

The full schedule has just been announced but before I share my highlights of the con, There are some awesome guests you should check out. 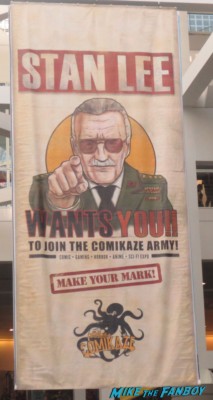 Last year I really had a blast, and it’s great to have something here in Los Angeles. 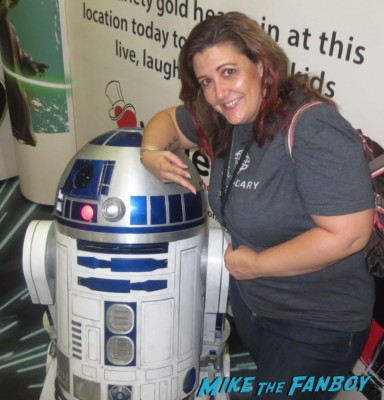 Tickets are on sale now as well as some VIP packages!

Check out the Schedule highlights below!

304ABC
DISNEY FANDOM
Join social media sensations in the Disney realm as they discuss why they fell
in love with the brand and how they incorporate Disney in their lives through
work and play. Learn the difference between DisneyBounding and Cosplay,
and get some tips on how to make the perfect DisneyBound outfit for your
next trip to the park. Think you’re the ultimate Disney fan? We’ll test your
knowledge with trivia for some magical prizes.
Participants: Jenny Rae & Jasmine Ladjevardi, Traci Hines (Creator of
Adorkable Apparel, Hipster Mermaid, and Cosplayer), Leo Camacho (Media
and Outreach at XPRIZE- Disney Big Hero 6 XPRIZE Challenge and Google
Lunar XPRIZE), Charis Lincoln (YouTube Personality, Beauty Vlogger, Makeup
Artist), David Rubilar (Disney Enthusiast and Cosplayer), Hali Ducote (Former
Disneyland Entertainment Cast Member), Andrew Ducote (Former Disneyland
Entertainment Cast Member) 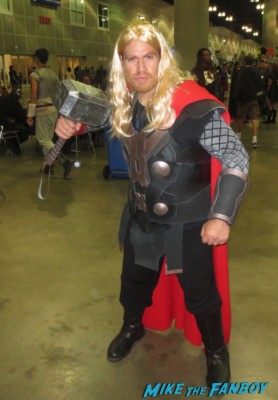 303AB
HOLLYWOOD SCI FI MUSEUM- THE MECCA OF ALL SCI-FI
The creation of a new nonprofit educational interactive museum in Los
Angeles for 2015, which will include props, costumes and sets from Star
Trek, Star Wars, Battlestar Galactica, Firefly, Stargate, Alien and many more.
Participants: Huston Huddleston

HOT TOPIC MAIN STAGE
UP CLOSE AND PERSONAL WITH STAN LEE, POWERED BY WEEV
Get intimate with Stan Lee and learn about all of the new projects he’s
working on at POW! Entertainment.
Powered by Weev: We will be collecting video questions from fans and guests
of Comikaze, some of which will be used in the panel on the big screen!
Download the Weev app and ask your question!
Participants: Stan Lee, Chris Gore 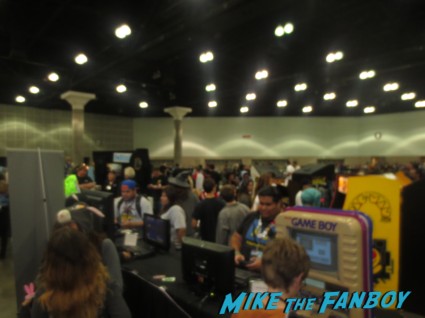 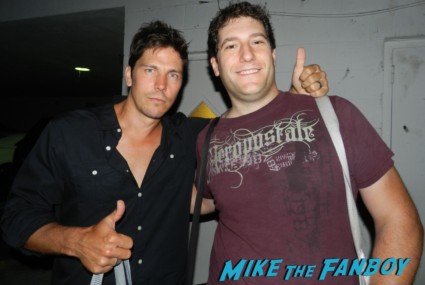 HOT TOPIC MAIN STAGE
DISNEY PUBLISHING WORLDWIDE PRESENTS: IN CONVERSATION
WITH STAN LEE
Join Executive Editor Nachie Marsham as he talks to Stan Lee about Lee’s
prolific career and the genesis for his new middle-grade series THE ZODIAC
LEGACY. From Lee’s early days in comics, to helping shape the Marvel
universe, his transition to filmmaking, to now writing books for a young
readers and his career at POW Entertainment, attendees will be inspired
and in awe of just how much he’s accomplished—and that there’s still much
more he’s looking to do.
Participants: Nachie Marsham, Stan Lee

304ABC
SNEAK PREVIEW – SHOWRUNNERS: THE ART OF RUNNING A TV SHOW
Showrunners is the first ever feature-length documentary to explore the
fascinating world of U.S. television showrunners and the creative forces
aligned around them. These people are responsible for creating, writing, and
overseeing every element of production on one of the United State’s biggest
exports-television drama and comedy series. The film showcases the huge
amount of work that goes into making sure that TV episodes air on time, as
well as the many challenges that showrunners have to overcome to ensure
that a new series makes it onto the schedules at all!
Participants: Tara Bennett, Des Doyle, Ryan Patrick McGuffey, Jimmy Nguyen,
Jason Rose

HOT TOPIC MAIN STAGE
GAME OF THRONES – INTERVIEW WITH THE STARS
The stars of the hit HBO series Game of Thrones takes to the stage to talk
about their characters, working in the world of George R.R. Martin, and their
other projects.
Participants: Adrianne Curry, Gwendoline Christie ( 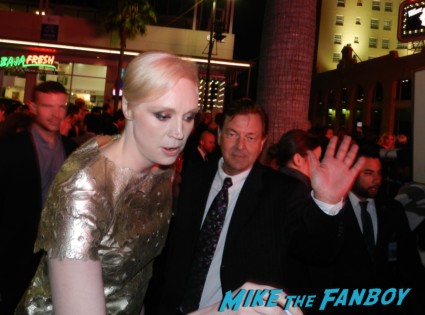 HOT TOPIC MAIN STAGE
THE CAST OF TRUE BLOOD, POWERED BY WEEV
The True Blood star comes to the Main Stage to answer questions, talk
about upcoming projects, and discuss new technologies.
Powered by Weev: We will be collecting video questions from fans and guests
of Comikaze, some of which will be used in the panel on the big screen!
Download the Weev app and ask your question!

HOT TOPIC MAIN STAGE
POWER RANGERS MEGAFORCE – THE CAST SPEAKS!
The cast of the hit Nickelodeon show join together to talk about life
defending the world as a Power Ranger.

406AB
LAND OF THE LOST ORIGINAL CAST REUNION
Cast members from the legendary show reunite and answer questions about
the iconic show. 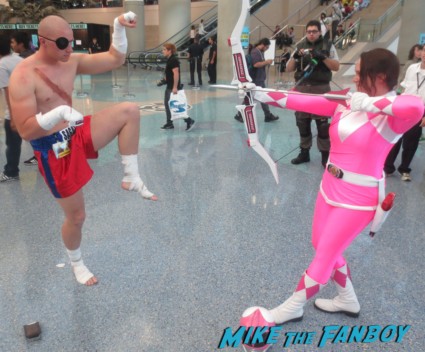 HOT TOPIC MAIN STAGE
GROUNDLINGS REUNION
A panel featuring some of the best and brightest to have come out of the LA
institution that is The Groundlings. Don’t miss some of the best that comedy
has to offer!
Participants: Laraine Newman, Mindy Sterling, Michael Hitchcock, Tim Bagley

HOT TOPIC MAIN STAGE
WEDDING BOMB!
Be a part of a very special Comikaze Expo event, as couples take the plunge
and get married on our Hot Topic Main Stage! Hosted by Rachel Federoff
and Destin Pfaff (The Millionaire Matchmaker) and featuring surprise guests,
this will be a wedding to remember!
406AB