Who doesn’t love Castle? It’s an awesome show and it’s built quite an amazing following. Not only for Nathan Fillion, but also for Stana Katic. Billy headed out to meet the Castle star when she was on a talk show recently.

Also on the show was Benedict Cumberbatch… Sadly, he wasn’t as cordial as Stana Katic. Doh!

Welcome back to Billy Beer’s Barstool. Today we are celebrating Presidents day the only way I know how, by trying to meet a Brit and a Canadian. We’ve got Benedict Cumberbatch and Stana Katic together at a talk show, so I thought I would try my luck having the day off from work.

Now I have gotten Benedict once before, but for some reason I have never gotten Stana. Not a graph, not a picture, not even a photo flop, for some reason, I either get skipped or I don’t have anything for her. I have pretty much had the worst luck with this lady, and it’s not like she doesn’t do it. She usually great with her fans. So off to try again, let the adventures begin!

I get there on the earlier side today. Not like I’m never early too things, I just know both of these guests have a large following. My assumption was correct. Even though I got there early, I still was on the very edge of the front row. (later they would extend the front row, but at the time, it was the last spot). At first I assumed Ace called everyone and told them there were a bunch of people already there, but most of the people there were part of Stana’s Army. It’s not really an army, but they are fans that traveled VERY far and made a huge sign for her. I can’t even compete with that, Now they had us farther back than usual because of the Oscars. This could hurt things! The security jokingly asked what I was doing there cause it was only ladies waiting.

After a while, a few more people started to show up. Scotty got there, and I squeeze him in next to me. He’s there for Benedict, which honestly I’m not expecting him to even breath in our direction. As time goes by, both guests arrive. Neither one of them came over, but we got waves, so it’s promising.

It’s finally time for exits. Benedict is first to leave, and as expected he just walked to his car. I don’t even know why I bother with him sometimes.

After a few minutes, Stana comes out. We yell for her, but it wouldn’t have even mattered. She was already making her way towards us. 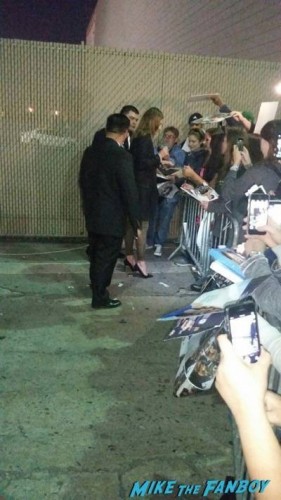 As I said, it was a little bit farther of a walk, but she went straight to her beloved fans. She cracks a joke about being Benedict, and that he’s the reason she was there. 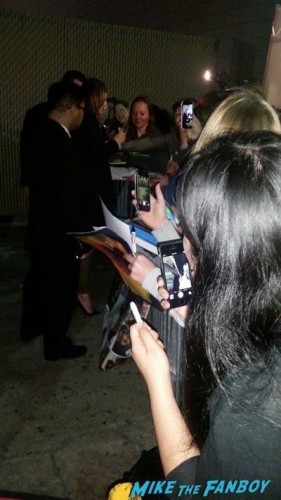 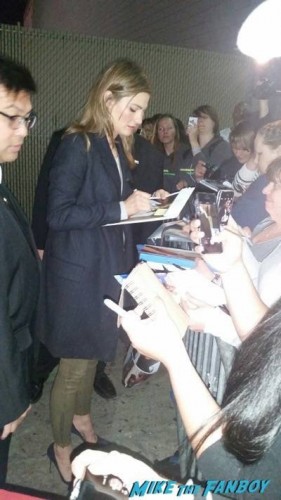 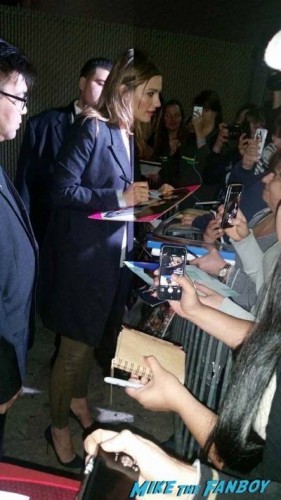 after that she started signing. She was personalizing everything, but she was also signing everything. Scotty was nice enough to get one of my pictures done for me since he didn’t have anything, and then I got mine done too. She was being extremely nice today. 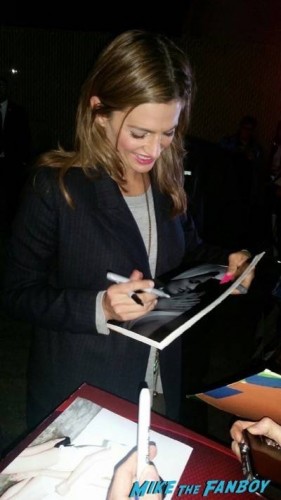 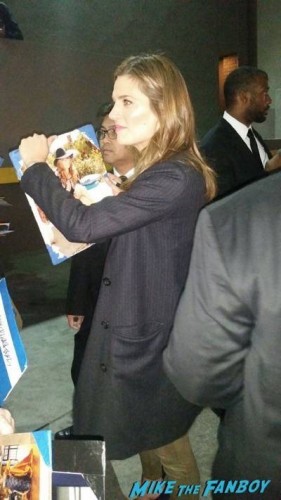 After she was done signing down the whole line, she took a few pictures. Again, the picture has eluded me for years. First she’s doing individual pictures, then to save time, she decides to do a group picture. I wanted nothing to do with that. 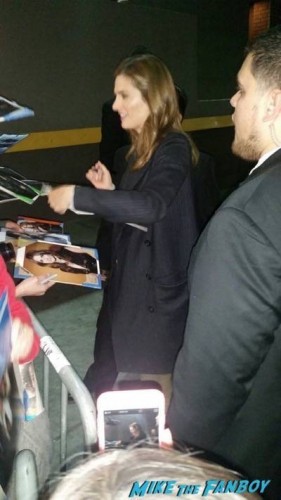 I wanted my one, when I had got my item signed I did ask for a picture when she was gone signing. Luckily she remembered, and Scotty had his camera ready. 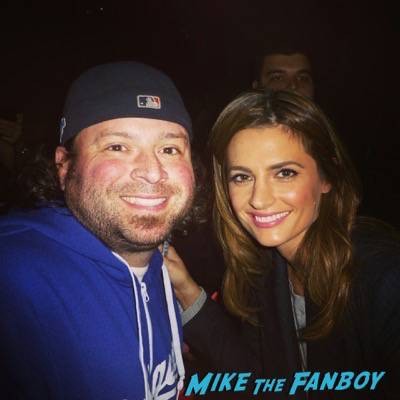 I don’t think things could have gone any smoother with her. people weren’t acting crazy, and Stana was a pro. I wish they could all be like that. Until next time.