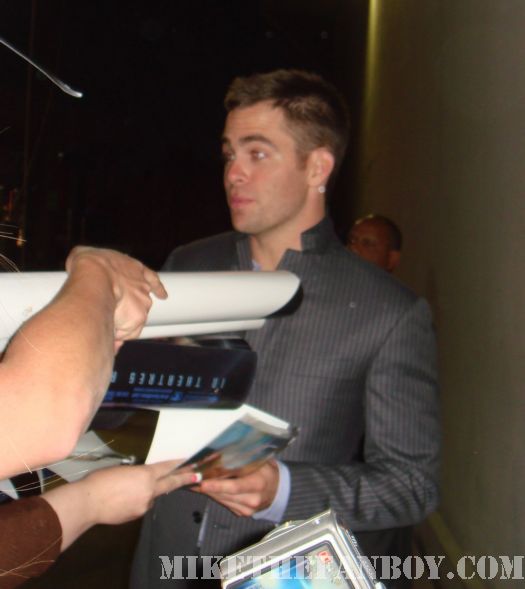 I really do not want to be here today. Sigh, if it wasn’t for Erica I would be home with a bottle of Trader Joe’s two buck chuck and a peanut butter and jelly sandwich… Wait, that sounds like I’m a depressed alcoholic with a high fructose corn syrup addiction, how about this, if it wasn’t for Erica I would be skiing the Appalachian Mountains with my friends Missy, Buffy, Becky, and Carl… hmmm is that really better? Anyway, Erica dragged me out tonight because Chris Pine, and John Cho are going to be on a talk show together to promote the new Star Trek film, and both of us are working on getting our posters signed. I am dog tired, but I’m dragging my butt here because there are two stars of the film making an appearance… sigh…

5:25 p.m. – I so do not want to be here today! I just got out of jury duty, I’m dog tired, and all I want to do is snuggle up on the couch… sigh… here I am in my favorite ally. Anyway, Erica and I are trying to get Chris Pine and John Cho on our Star Trek posters. I also have the single shot mini poster of Chris Pine with me if I can luck out and get two.

5:44 p.m. – Erica has been here since five so hopefully we will get lucky and get him going in. Otherwise we are in for a long long wait… sigh…

6:45 p.m. – Chris Pine just came in the far entrance carrying his change of clothes with him. He motioned he will sign on the way out… ugh… we are in for a long long wait…

7:32 p.m. – john Cho just arrived people are going crazy for him. He runs over and signs autographs for three people… Three people out of fifty. He runs back in, and barely waves. What a douche!

7:43 p.m. – I am still so irritated that John Cho did that. I mean why even come over if you don’t want to sign. It makes me really not like him.

8:33 p.m. – The security guard has hijacked us and is going on about his biblical beliefs. Apparently, God is going to take him to heaven on a big white horse… on the flip side the recession will be over next year according to his prophet! Whoo hoo! 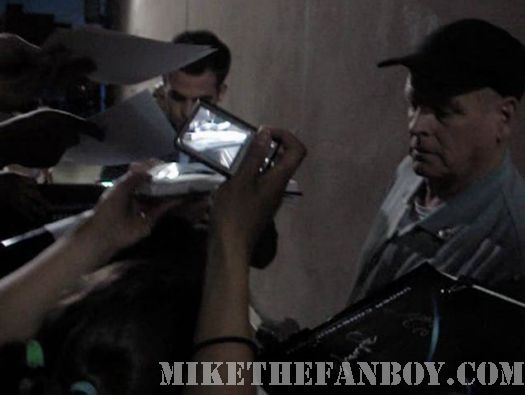 9:34 p.m. – There’s some commotion and Chris Pine is heading out… He is walking right over, and Erica and I are getting out posters ready… He comes to our side, but we are at the very end of the barricade. 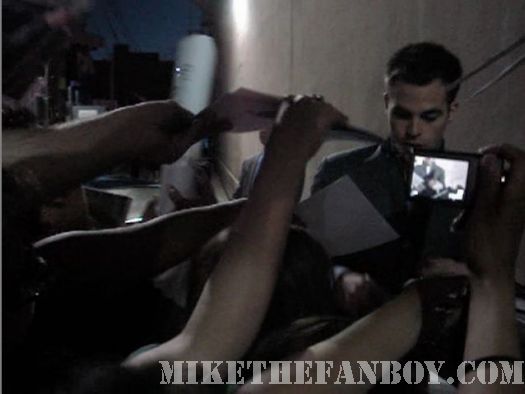 Everyone is pushing so hard people are getting crushed. Chris keeps missing Erica’s poster and then he bends down to take a picture with a fan. He finishes it and heads the other direction. Erica takes off and runs over to the fence. I follow shortly behind; 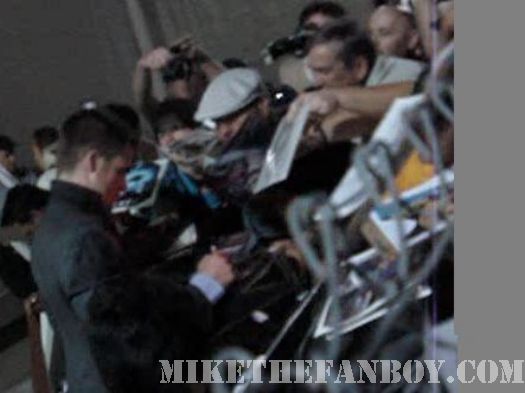 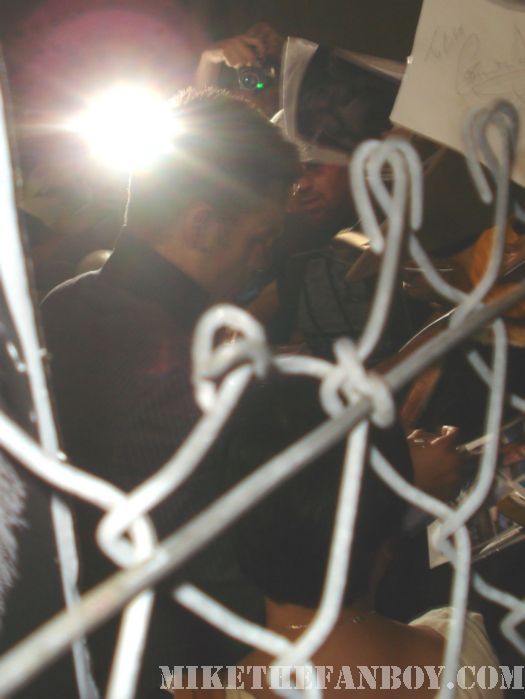 9:38 p.m. – Erica didn’t get her poster signed. Apparently he kept missing her.

9:44 p.m. – I’m trying to make Erica feel better… it’s not working… I’m trying to convince her we’ll get him again, which I know we will. He would have signed more but the collector’s were just going crazy. There will always be a next time. 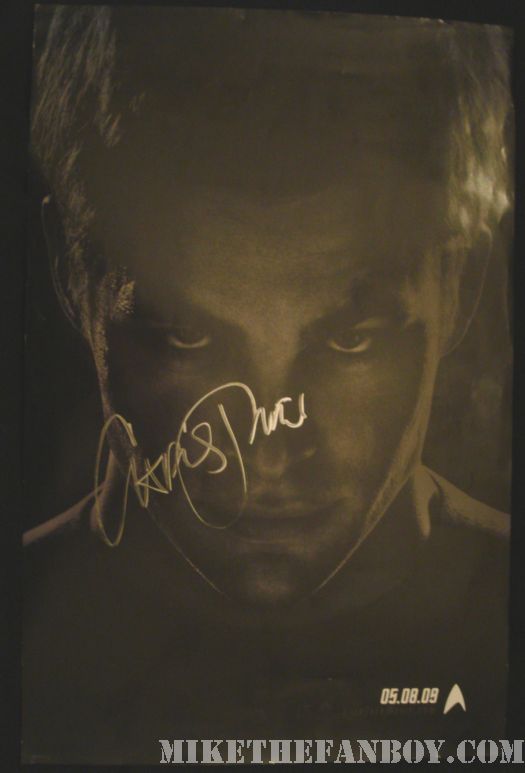 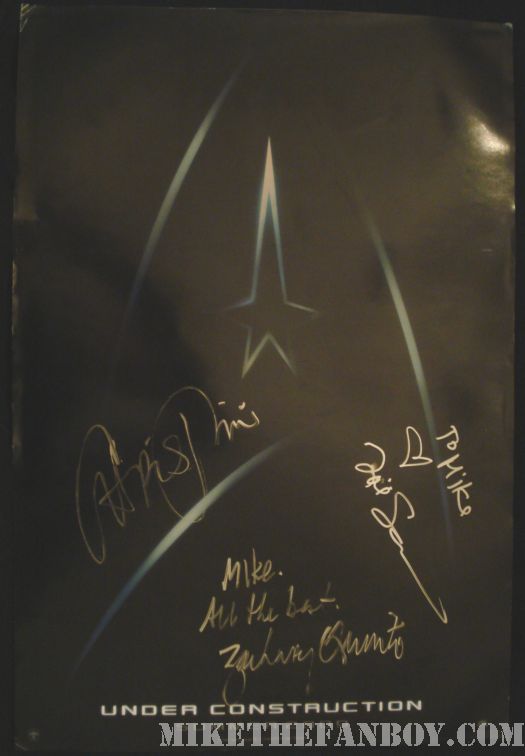