I know it’s taken me a while to write this up, but I figured it was best to let my temper simmer down a bit.

At Star Wars Celebration, besides the convention floor and panels the other main draw was the autographs.

Now, I was warned that they might be long, and since we weren’t sure that we would be able to go I couldn’t pre-order my tickets. 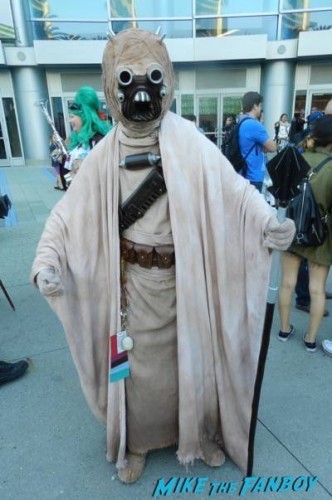 When we arrived, they were not selling any tickets to Kenny Baker on site. I get it. He’s not doing well health wise, fine. We were disappointed but I get it.

Peter was a doll. So nice, we whipped through his line no problem.

the others, we had to wait until our number was up. I thought this would be fine, come back after lunch and get it taken care of.

Well… I was wrong.

We kept checking back and none of the numbers even moved on the signs. I was like, what the hell?

We went over to the autograph booth where they sold the tickets and they told us to talk to the guy in charge of Mark’s line. Fine.

What did he say? You can’t get in. The line is capped.

I was like, we have tickets we bought this morning. We were the fourth people in line so I know we have earlier numbers, when did these people get their tickets?

So, you had to wait three days to get an autograph? What is this Comic Con? And I have the privilege of paying $125 to do it?

We said, “We’re not here tomorrow.”

The guys reply. “We’re in the business of accommodating, not refunding.”

So, not only did they NOT accommodate people but they wouldn’t refund people either? What the hell, is that a way to treat your fans? 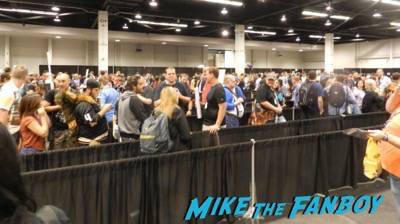 After some hell raising, it was clear we were getting nowhere. Susan was able to get into the Mark Hamill line, but we even got yelled at for trying to give her our posters! Plus, like Susan pointed out, we would have still lost the experience of watching our items get signed, saying a quick hello, etc…

To me, that’s super shitty. One of my friends at the Con said he waited two days to get Carrie Fisher. Come on, this isn’t the first time a convention like this has been put on. You have to be able to get a system in place beforehand.

When I did get to meet someone, C-3PO himself Mr. Anthony Daniels, he apologized. Anthony was telling everyone in line, that “I’m very sorry but the people running this said I can’t be nice or write anything extra.”

Ummmm one of the main stars of your convention is being told he can’t be nice? WTF! 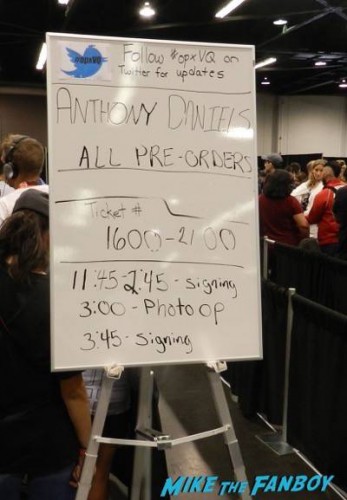 I told Anthony Daniels that I would much rather wait an extra few minutes for a great encounter. and he said, “Yes! See. I agree!” And he shook my hand and thanked me for coming.

R2 kept coming around, I think he knew I needed cheering up, but it wasn’t working. 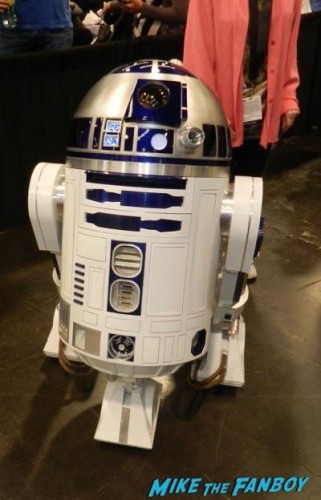 Man, I have to tell you… It was more than disappointing to see how this was run and the major clusterfuck it all was. And the needlessness of it all. To be honest, it didn’t have to be that way. A little organization goes a long way, especially when fans are paying so much to meet their childhood heroes.

Did anyone else have the same issue? I would love to hear what everyone went through.