Star Wars fans are taking over Anaheim this weekend and many of the original cast members are there meeting fans and also talking about the new film. 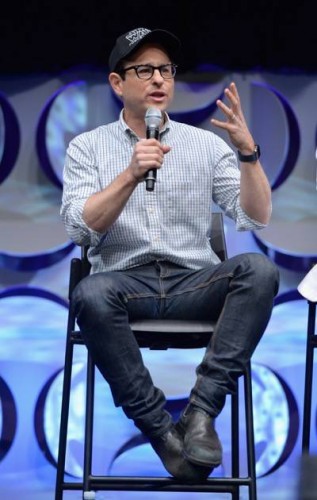 JJ Abrams said, “When those words hit the screen with that incredible music, it was the first time that a film transported me.”

JJ went on to say, “It had such heart and hope. That’s incredibly powerful even at 11 years old.” 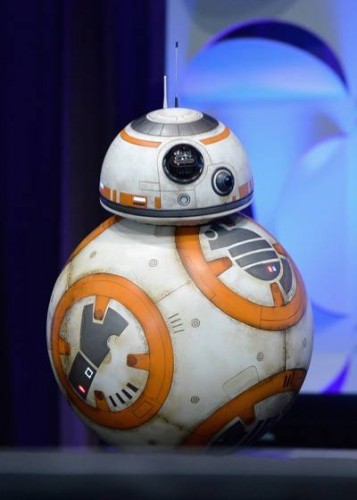 Kathleen Kennedy said, “when George asked me to have lunch with him in a samll restaurant in NY, he said, I’m retiring and thinking of moving on and I’d like someone to come in and carry on this legacy.” She smiled and continued, “I thought he was going to ask me recommendations, and I said who were you thinking? And he said I was thinking about you! Needless to say…”

R2D2 came out with the creature effects guys. I mean what’s a panel without R2? 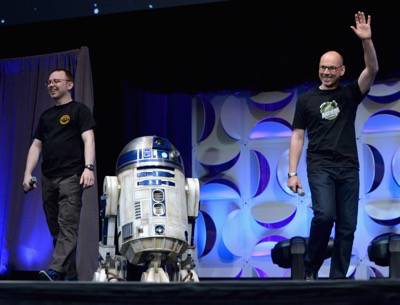 Oliver Steeples is one of the droid builders who was hired at Celebration to work on the film. He was a fan who got the opportunity of a lifetime. 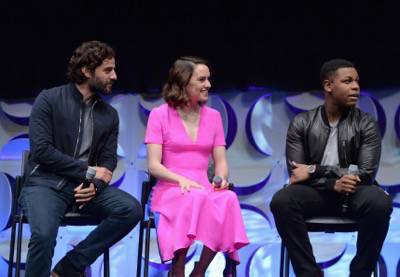 Daisy said, “Ray is very solitary and then she meets another character and then her adventure begins.”

John said, “We find Finn, he’s in incredible danger and the way he reacts to this danger impacts the Star Wars universe in a unique way.”

Oscar said, “Poe is the best friggin’ pilot in the galaxy! That’s who he is!”

“There’s nothing better about the Star Wars universe than the fans.” Kathleen Kennedy added.

Check out the photos from the panel below! 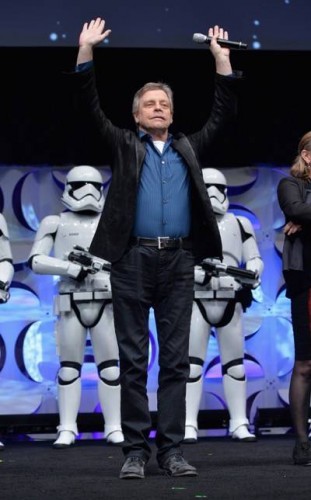 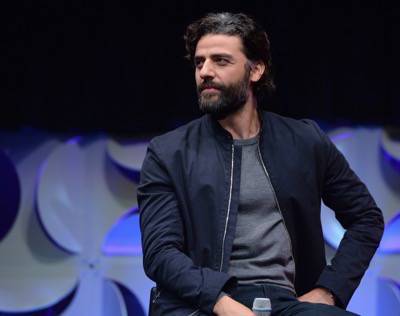 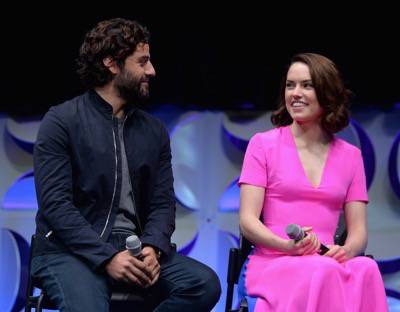 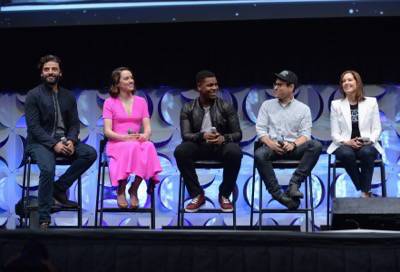 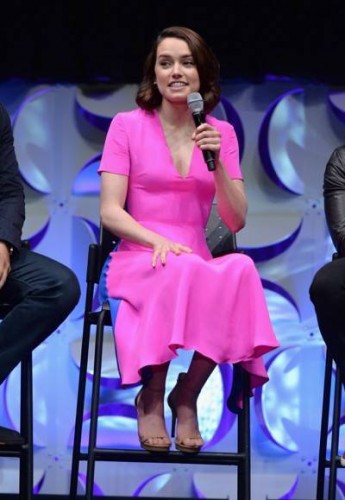 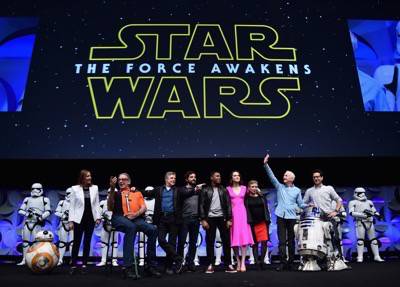 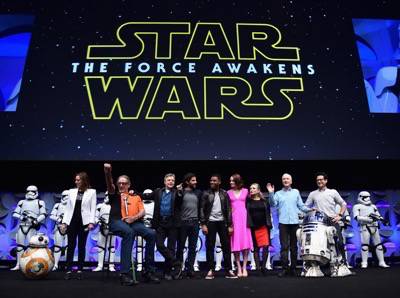 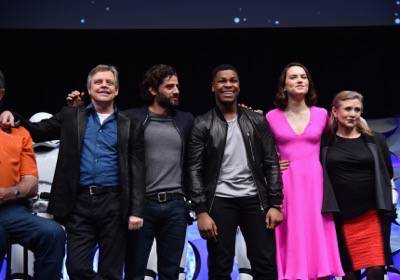 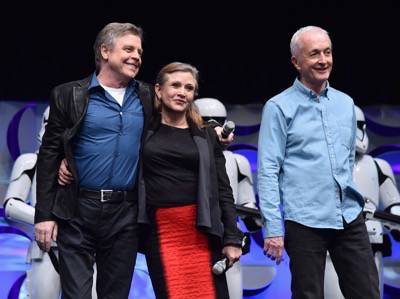 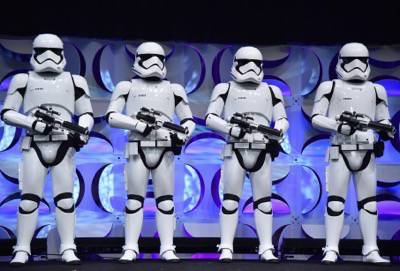 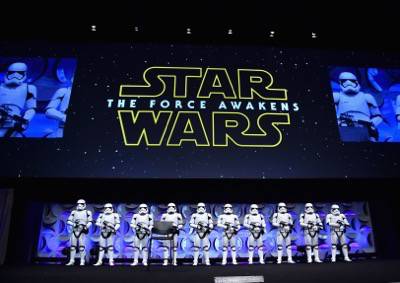 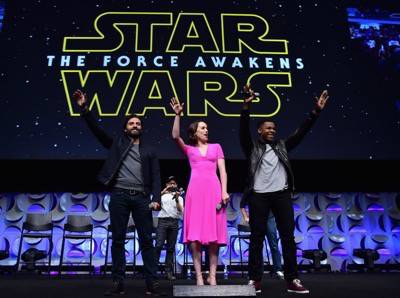 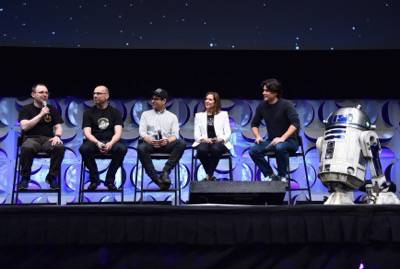 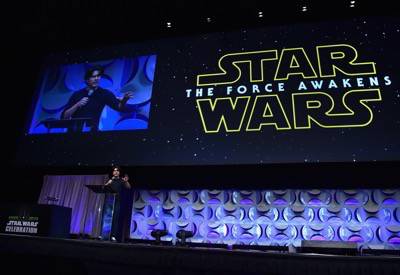 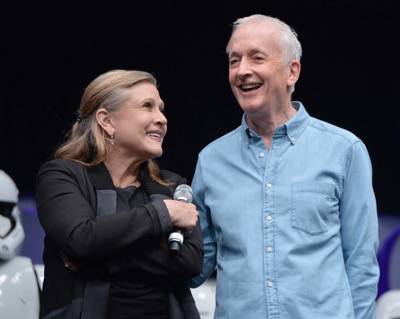 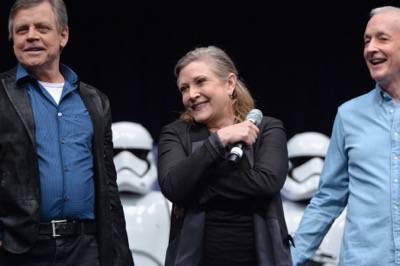 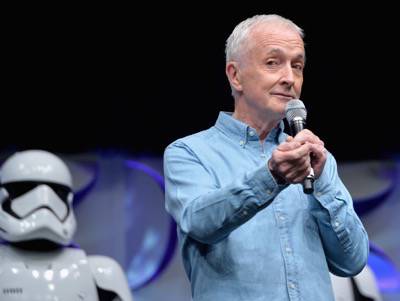 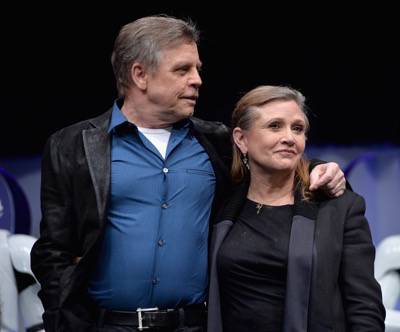