Star Wars took over Anaheim this weekend for the Star Wars Celebration con. Now, to be perfectly frank, I’m going to do this in two parts. The fun of the floor and all the different things we got to do and the disaster of the autograph lines.

But, I try and be a positive person, so let’s go with that right?

Scotty and I headed down to the con in Anaheim and the food trucks were all over the place once again. God they smelled so good. Suddenly Susan joined us later on in the day. 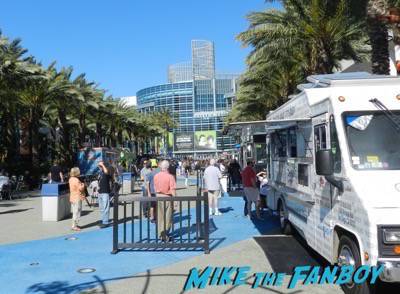 There were jawas and stormtroopers and all kinds of crazy things as far as the eye could see. 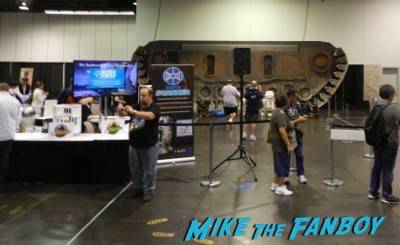 R2D2 was popping up everywhere. We were walking down the hall… There’s R2D2, 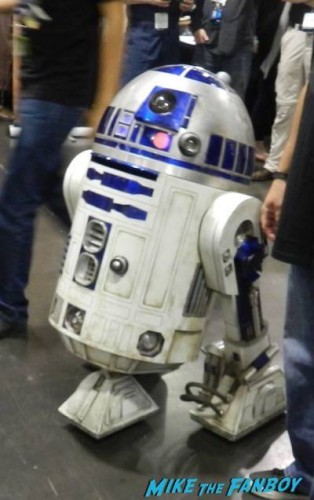 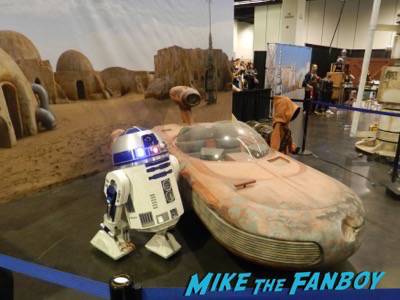 That little bugger gets around!

The Rancor monster was on full display 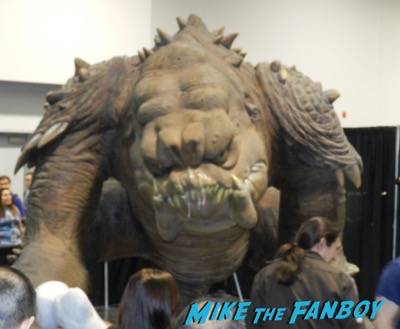 Plus the convention floor was getting more and more packed as the day went on.

The one nice thing was that there were tons of fun displays to get photo ops taken in.

I got my picture in front of a set up from the new film, Star Wars: The Force Awakens. 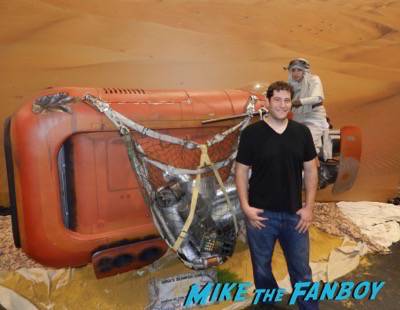 and then Scotty and I got to visit the interior of the Millennium Falcon. 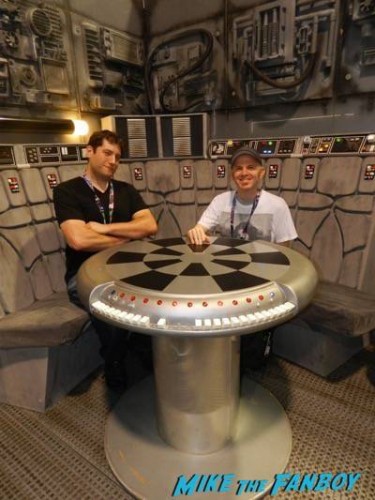 FYI and I’m not sure if you’ve heard this before, but… “Let the Wookie win.” 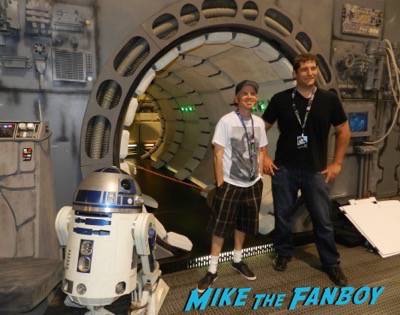 Sideshow and Gentle Giant had some nice premium format figures on display. 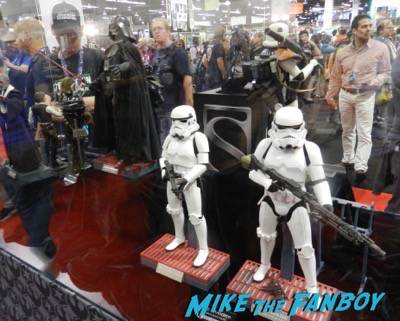 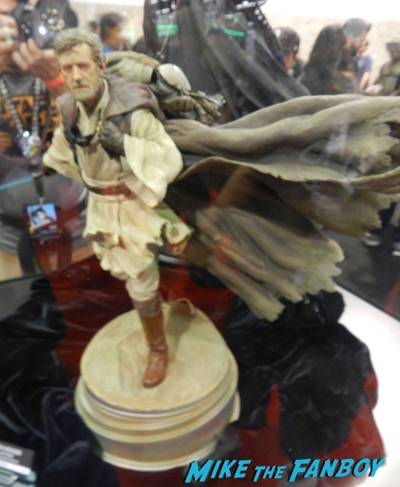 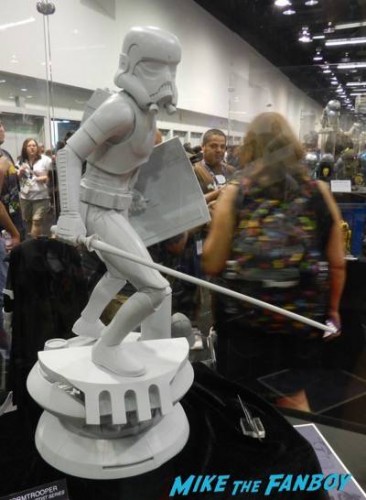 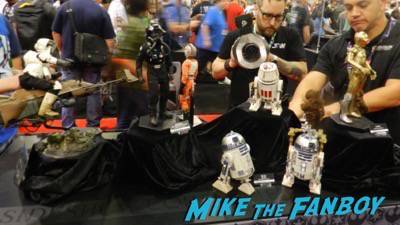 One of the coolest things was a large At-At, it was so well done! 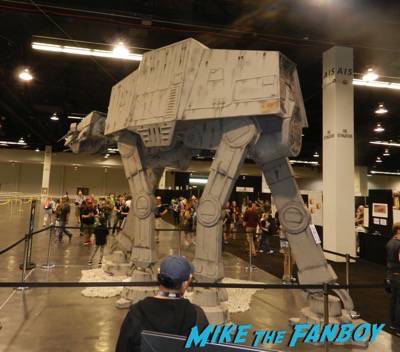 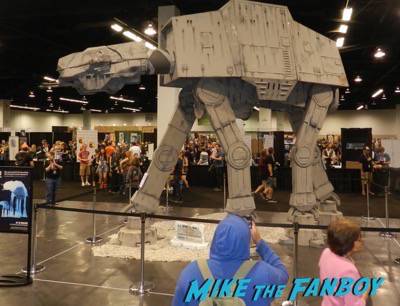 Scotty and I then got arrested by some Stormtroopers. You know all in a days work. 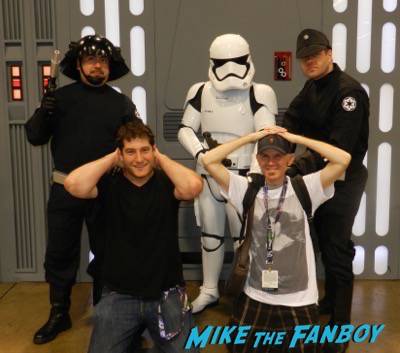 There were also some really cool maquette’s and prop replicas on display. 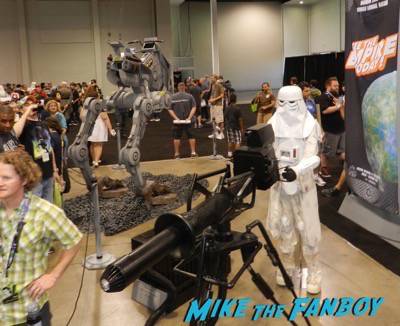 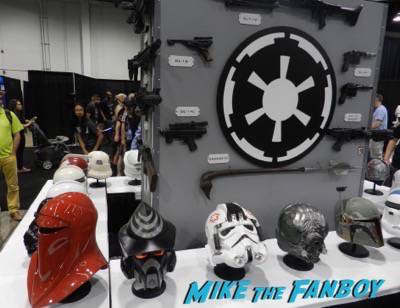 There was also a lot of artists at the con. One did a great rendition of super gay Superman that I found oddly amusing. 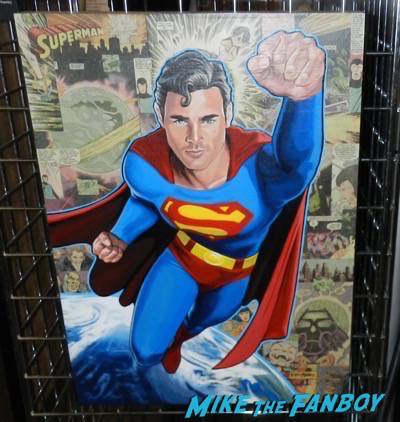 Plus, there was a whole section where tattoo artists were there and you could get a Star Wars tattoo. I was shocked at how many people were actually getting them done! 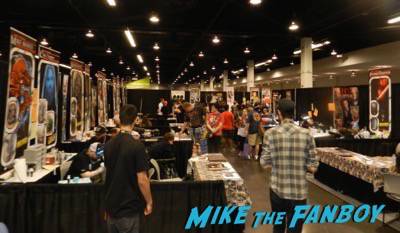 Hallmark was also in the house and had a lot of cool sci-fi collectables on display. 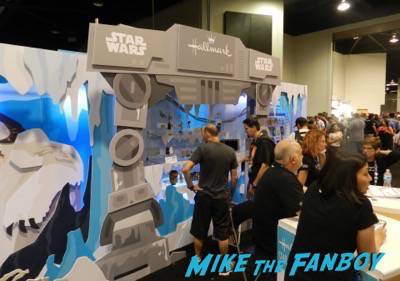 Plus, who wouldn’t love Furbacca? 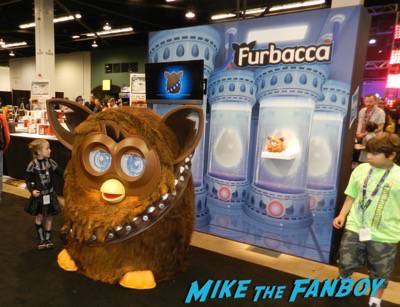 Then we headed to lunch and the real adventure began.

We’ll have more on that later!