It seems like over the past few years, we’ve seen the Star Wars universe expand by leaps and bounds. One of the best avenues for the expanded universe has been on the animated front and if you haven’t see Star Wars: The Clone Wars you’re really missing out. When The Clone Wars ended, Star Wars Rebels eventually was put into production and premiered. The series is a continuation of the Star Wars saga and if you’re a fan, you really need to check it out. 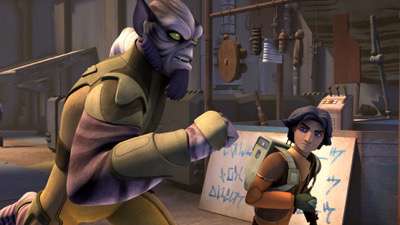 Star Wars Rebels: Complete Season Two is out now on Blu-ray. It helps if you know the preceding chapters in this Star Wars universe, as the series makes it clear it expects you to be up on events. Personally, I like that, it’s a series that expects more out of its audience than the casual show. 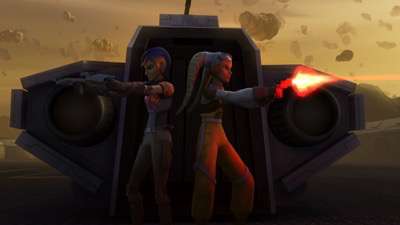 Ezra is continuing to train and become a Jedi under the guidance of Kanan. While the crew of the Ghost is banding together with a secret rebel cell and ex-soldiers from The Clone Wars to join up with a shaky alliance to restore peace and freedom to the galaxy. The dark side of the force is creeping in however as Darth Vader dispatches new Inquisitors which sets the stage for a showdown. 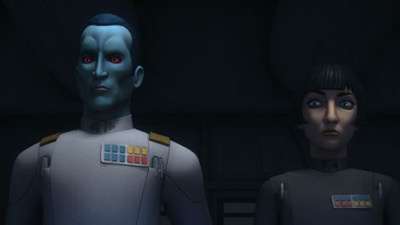 The best thing about expanding the Star Wars universe on the small screen is how much breathing room the series has to grow. Unlike the live action counterparts, the Star Wars Rebels has space to really tell deep and interpersonal stories and weave interconnected tales. The series really flashes out the stories laid out in the other Star Wars films. The second season in particular builds and builds to a major connection between all the Star Wars chapters: The prequels, the original trilogy, The Clone Wars and Rebels. I don’t think any other medium would have allow something like this to occur so seamlessly. 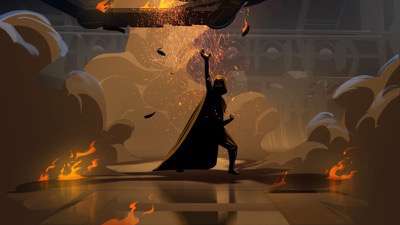 The finale is so well done and gripping, you’ll forget you’re watching an animated program. It transcends the medium and just becomes expert storytelling. At the end, I was so emotionally invested, I was exhausted. That’s high praise from someone who isn’t necessarily a fan of animated programs. This series however is that well done. 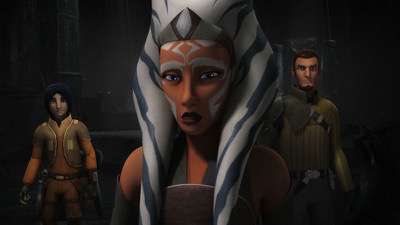 I really must mention the attention to detail in this series as well. Star Wars fans are notoriously picky and will pick apart anything having to do with the saga. Here, Rebels really hits the nail on the head. The lights, the sound effects and even the appearance of ships we’ve seen before are so spot on. It really helps suck the viewer into the action and enhances the viewing experience. I can’t wait for new chapters to explore this universe even more. 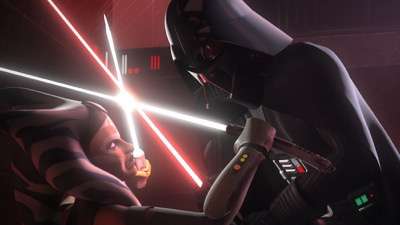 Star Wars Rebels: Complete Season Two arrives on Blu-ray in an excellent transfer thanks to Lucasfilm. I’ve said this time and time again, but animation really excels in high definition. Here, the detail work is the best I’ve seen in animated form in some time. The colors pop especially the blue  and red hue of the lightsabers. They look outstanding. Other colors are perfectly crisp and the details on ships looks out of this world. Pardon the pun. The small details even on the floors and walls of the vessels are what really sets the animation apart. To me, this really sold the story. 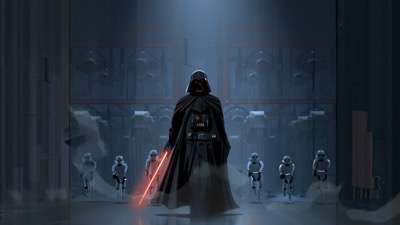 Rebels Recon – This is a featurette that has seven short features. It’s an exploration of the second season and themes present, the story, and how the characters evolved.

On disc two there is another series of features called Rebels Recon – There are more behind the scenes clips and a look into different episodes.

On disc three there is a third chapter of Rebels Recon that continues the behind the scenes look at the series.

There is also Connecting The Galaxy: Rebels Season 2 – Which is a very short look at how the series connects to the other Star Wars sagas.

From Apprentice to Adversary: Vader vs. Ahsoka – This is a look at the climax and a look at Vader including James Earl Jones work on the show. 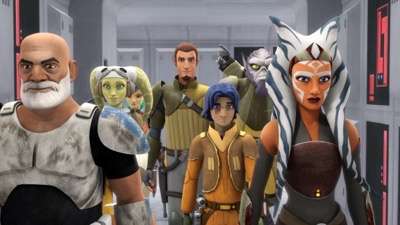 Overall, I was very impressed with Star Wars Rebels. It’s such a unique and complex series. If you’re a Star Wars fan and have not checked out the show, you are really missing out. It’s a show that transcends the animation genre, the storytelling is superb and I for one fell in love with the series. 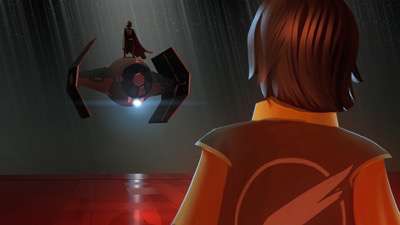