I’ve often wondered if Disney was taking over the world of entertainment. They have Pixar, the classic animated films, Marvel and now the past couple years, Lucasfilm. I know some people have complained about the Disney-fying of Star Wars and making it more family friendly but what the Disney machine does, is make a top notch product that’s for the most part consistent. One of the more interesting things they’ve done, is allow the Star Wars brand to stretch it’s legs in the animated series department. 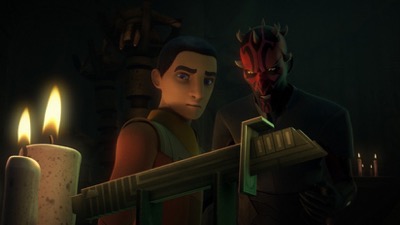 Star Wars Rebels is such a series and The Complete Third Season has just been released on Blu-ray. The powers that be have really done a great job bridging the gap between the Clone Wars and the newer slate of films with this series and dare I say the characters are more lifelike than anything in The Phantom Menace.

With the fourth and final season about to be released this fall, it’s a perfect time to catch up on this series if it has flied under your radar. 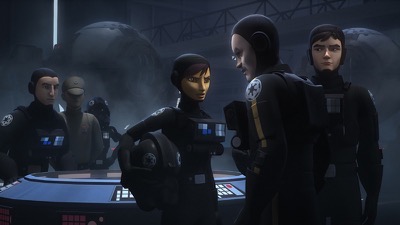 There’s a lot going on in this series to say the least, as we open the Ghost crew which is led by Ezra who has become more powerful since we last saw her, has built a new secret base. They have started to recruit people to stand up against the Empire which doesn’t sit well with the Imperial fleet. They are now led by Grand Admiral Thrawn and with his vast knowledge of strategy and tactical maneuvers, he is a worthy foe. 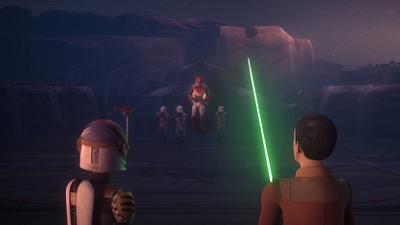 Ezra and Sabine along with the Rebels are preparing to take on the Empire directly. It’s really interesting how Rebels has started to weave itself into the film cannon and events that happen in Rogue One and A New Hope are coming into play. It really makes the series a great bridge and I know that this is probably just a fanboy hope, but it would be great to see a series like Rebels bridge the gap between Return of the Jedi and The Force Awakens. This really is the perfect medium for something like that and if it hasn’t been discussed before… Call me. 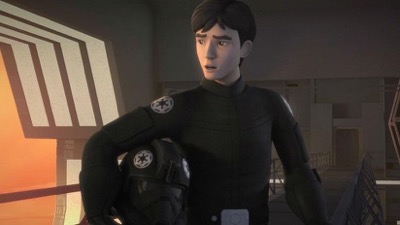 This season of Rebels has so much going on, it really could have been stretched out into another season. I’ve heard some people say it’s a bit overstuffed but I would much rather a series have more going on, than drag their feet story wise. Here, the series allows the characters to grow and change, with animated a show can last 20 to 30 years if the ratings hold up ala The Simpsons. But here, we see characters like Ezra with shorter hair and thinner showing the wear on his face that’s he’s been under. It’s rare for an animated series and something I loved to see. 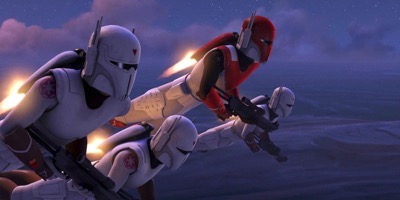 Star Wars: Rebels The Complete Third Season arrives on Blu-ray in a fine transfer thanks to Disney Home Video. High definition has always been the perfect medium for animation and here it’s no different. The picture quality is astounding, the cold greys, the deep red and the brilliant flash of a light saber are all represented extremely well. The details are astounding for a series like this and the high definition gives it an added dimension. 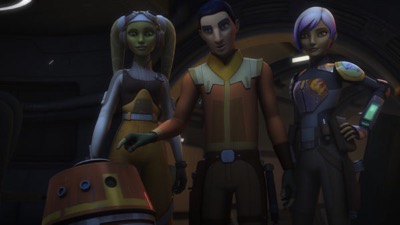 Special Features included on this set are:

Rebels Recon – This is a series of seven smaller featurettes put into one. It’s basically a short episode recap with little interviews and blurbs about the series. This feature is on Disc 1, Disc 2 and Disc 3.

Audio Commentary – On Disc 2 and Disc 3 there are commentary tracks for five different episodes of the series.

A Rebel Alliance – A short featurette that talks about the timeline between Revenge of the Sith and A New Hope.

Return to Mandalore – This is a short featurette that focuses on the character of Sabine.

Thrawn: A Legend Reborn – This is a featurette that focuses on Thrawn and the early stages of doing so.

The Original Rebel: Saw Gerrera Returns – This is a look at the character with some tidbits from Forrest Whitaker as well. 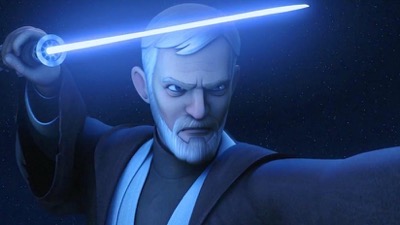 Overall, if you’re a Star Wars fan and haven’t checked our Rebels yet, I think you are really missing out. It’s a fantastic series that really does fill in a lot of the gaps like no other live action movie or series could. The writing and animation are top notch and it’s a fine addition to the Star Wars cannon!

Star Wars Rebels: The Complete Third Season is out now on Blu-ray!