Home / Reviews / Star Wars: The Force Awakens Blu-ray Review! Does The Blockbuster Film Hold Up On The Small Screen?

A long time ago, in a galaxy far, far away….

Is there anyone on the planet that doesn’t know where those words come from? Clearly Star Wars has resonated through generations of young adolescent males and females alike and now with the release of Star Wars: The Force Awakens a new generation is discovering the Sci-Fi action series. The seventh film in the Star Wars saga, The Force Awakens which was released last year, has already made its mark as the third top grossing film of all time. 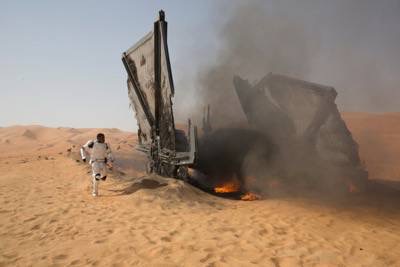 Now Star Wars: The Force Awakens is out on Blu-ray and it’s loaded with special features. If you were living under a rock and haven’t seen the actual film yet, the Empire is gone but in it’s place has sprung up what is called the New Order. They are led by Snoke (Andy Serkis), General huh (Domhnall Gleeson) and Kylo Ren (Adam Driver). They have built what amounts to a new type of Death Star one that is more powerful and harnesses a planets core as the source of it’s destruction.
The Rebellion in turn, has become the Resistance and it’s being led by General Organa (Carrie Fisher). Both sides are looking for the missing Luke Skywalker (Mark Hamill) who can bring down the New Order and give the Resistance their only hope. 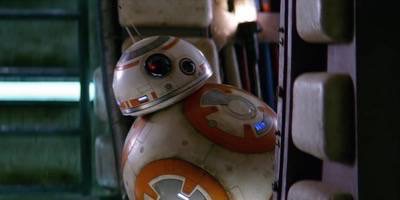 The Resistance has sent Poe Dameron (Oscar Isaac) to a planet called Jakku to get what the Resistance thinks is a map that leads to Luke Skywalker. Poe is ambushed by Kylo Ren and puts the map into BB-8, a droid with more personality than most working actors, and sends him off promising to come back for him. Poe is captured and taken to Kylo Ren’s ship. 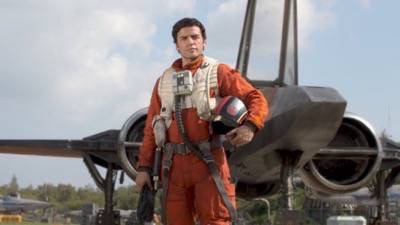 BB-8 meets Rey (Daisy Ridley) who scavenges for parts and turns them in for food. She befriends the little guy and realize they have a price on their heads. Rey meets Finn (John Boyega) a former Stormtrooper who’s conditioning didn’t take. Poe helped him escape back to Jakku but is believed to be killed. Both of them grab a “hunk of junk” of a spaceship or as Star Wars fans know it, the Millennium Falcon and escape. 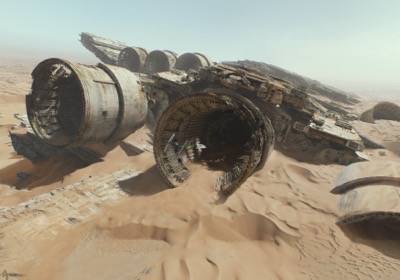 If the plot of The Force Awakens sounds mighty familiar, that’s because it basically is Star Wars: A New Hope reimagined. I know that was the chief complaint among fans when it was first released, but to be honest it didn’t bother me then. Watching the film on the small screen the similarities are a little more pronounced but doesn’t detract from the enjoyment I had when it was first released. JJ Abrams has done an amazing job in an unwinnable situation, pleasing die-hard and casual fans while rebooting a beloved franchise is no easy task, and he did a phenomenal job. 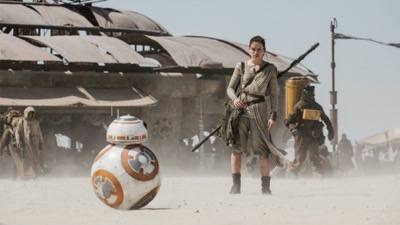 As the lead protagonist of the film, Daisy Ridley carries the film on her shoulders and her performance is so nuanced and real it’s hard to imagine that this is her first headlining role. She grounds the film and really develops a truly unique and interesting character. Oscar Isaac is equally wonderful as Poe, he has a sense of glee in his performance and watching his role on the small screen I enjoyed him even more. Adam Driver, while the subject of numerous memes, is also very good as Kylo Ren, he plays the character as a space age spoiled brat who is discovering his power, which actually works in this chapter of the Star Wars saga. 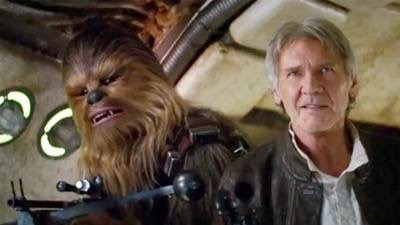 Star Wars: The Force Awakens arrives on Blu-ray in an excellent transfer thanks to the Walt Disney Company. As soon as the iconic lettering arrives on screen, you can see the depth and clarity in the picture. The colors pop, like the lightsabers during scenes where colors are otherwise muted. The best thing about the transfer is you can see the dust and grime from Jakku and the old Millennium Falcon and it gets juxtaposed nicely with the sleek look of the New Order. During close ups, the details are superb and crystal clear. I don’t think you could get a finer transfer. 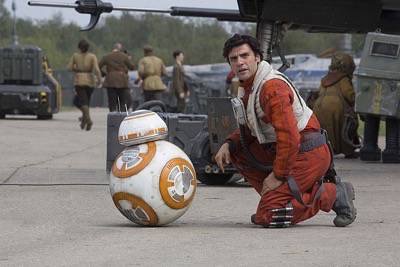 Special Features on this release are:

Force For Change – A short featurette on charity work that has come from the film.

Deleted Scenes – There are about two minutes of short deleted scenes.

John Williams: The Seventh Symphony – This is a look at John Williams work on the film and his overall career.

Secrets of The Force Awakens: A Cinematic Journey – A Four part making of feature. Total run time is around an hour and ten minutes. Don’t watch this without seeing the film as there are spoilers.

Chapter One – This is a look at bringing the saga to Disney and bringing JJ Abrams to the project as well as the original cast members as well.

Chapter Two – This section focuses on the filming, looking at the desert landscapes, making BB-8 work, and shooting at Pinewood Studios as well. It also looks at bringing Han Solo and Chewbacca into the film and a look at Peter Mayhew’s work.

Chapter Four – This is a look at a key scene towards the end of the film and the themes present in the movie.
The Story Awakens: The Table Read – This is a recap of what happened at the first table read. 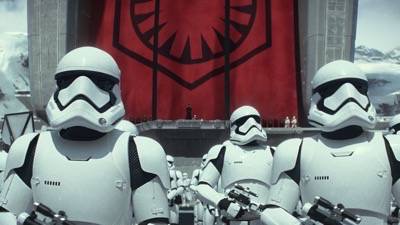 Building BB-8 – This is a look at making BB-8, the models and more.

Blueprint of a Battle: The Snow Fight – This is a look at the lightsaber duel between Kylo and Rey.

ILM: The Visual Magic of the Force – This is a short feature about the digital effects and the spaceships in the movie. 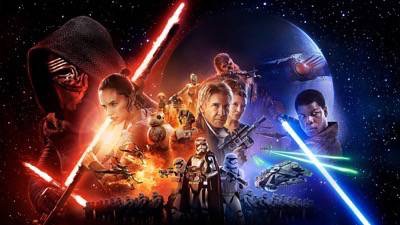 Overall, how can you not love The Force Awakens? It may not be a perfect film and may hew too closely to the original but really it’s a nitpicking complaint. JJ Abrams has resurrected a beloved franchise that was decimated from the three prequels. This film is a Star Wars movie, it brings characters old and new alike back into the fold and let his diehard fan more than satisfied. That’s not an easy task.

Star Wars: The Force Awakens is out now on Blu-ray!