Big Mike is back with another Figure This! I know it’s been a long while but it’s the perfect time to look at the new Force Awakens line of figures. He has a great recap below, so make sure and check it out!

Hello kiddies, Big Mike here. If you’re like me, one, you’re awesome, and two, you may have seen The Force Awakens in theaters. I know, I know, Star Wars is more of a summer movie. You’d be right. It started the summer franchise as we know it today. Looks like those lines dressed up nerds are just going to have to deal with the effects of hypothermia. Speaking of lines, I decided to partake in the first wave of the Force Awakens toy line that hit the shelves recently.

Now I did not partake in the midnight sale that hit back when the Phantom Menace toys came out and I don’t regret that. The toys were a bit disappointing like the movie was. That didn’t stop me from buying some of the toys, but I wasn’t going to lose any sleep over it. Obviously there is quite a different buzz going around this time. Everything looks pretty promising at this point. I did not make my decision to go to this wondrous event until that very night. My boss was out of town so if I stayed up a little too late it wouldn’t hurt if I got into work a few hours late. Well, it will hurt if he ever reads this, so keep your traps shut!

I fell in love with the Black Series line of figures that Hasbro came out with last year or so and have been collecting a select few sparsely since they cost way too much. Is there nothing we can do to get the price of toys back down to reasonable rates? It sucks paying $20-$25 for a figure that should only cost around $8 or $9. Anyhoo, I love the six-inch figures and they are great for getting signed across the mid-section on the plastic with a paint pen. (Don’t use sharpie on figures. The contrast isn’t as good as paint pens and they are more apt to fade eventually if they aren’t properly displayed.) I was mainly after the Kylo Ren and First Order Stormtrooper figures that everyone else wanted. The other “big get” was the remote control BB-8 droid, but at $150 a pop it looks like there’s going to be a lot of kids crying this Christmas when they realize Dad only bought one for himself and the kids are left with a brand new rusty Slinky® and a stained Furby with a missing head. NOTE: I may be a little out of touch with the wants of today’s youth. 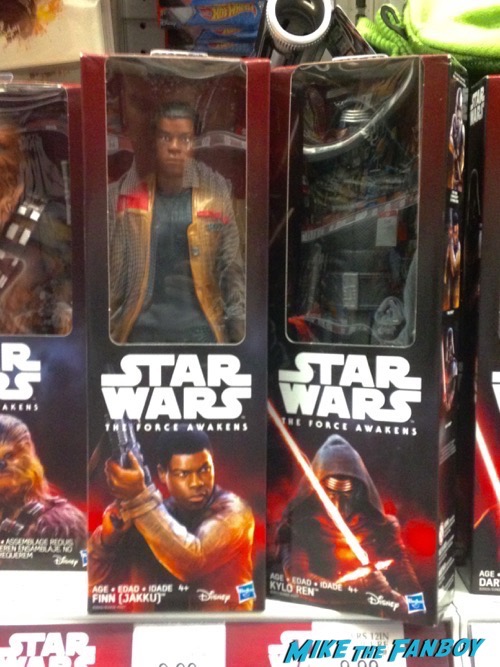 I think I set out aboot 9:30pm and drove by the Los Angeles Toys ‘R Us in Los Feliz to check out the line. There was aboot 30-40 people in line and I thought I’d check out my luck at the Burbank location. As soon as I turned into the lot I made a U-turn after seeing the line of 80-90 folks that would be ahead of me. When I arrived back in Los Feliz there was only aboot another eight new people ahead of me. I have to admit, the hype had gotten to me. Seeing that many people in line made me anxious as if I had to get in that store and get the figures I wanted or else there would never be peace in the Middle East or something. More and more people joined the line and it soon curved around the building and I knew I’d be lucky if anything would be left. The dorks lining behind me were definitely screwed. 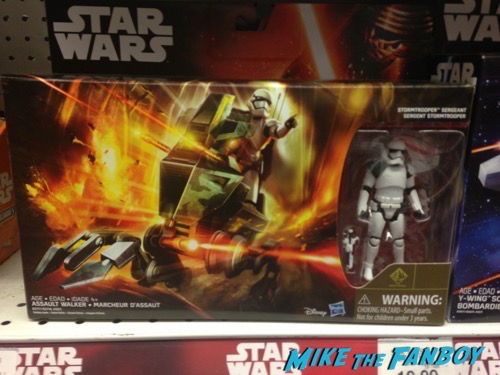 Obviously everyone wanted the same thing as me. How could they not? But seriously, there was no way that there would be enough stock to satisfy everyone in line. I decided to check the retail giants online and see if they had anything in stock since it was already past midnight on the east coast and in the Midwest. That would give me the upper hand! No one else in America could ever come up with that crafty idea. No luck at Target, Walmart or Toys ‘R Us. Why must I be a collector of all things? I decided to check the Ebay on the webernet. I don’t know why I thought that would be a good idea. Everyone was asking at least double the cost, plus an arm, leg and half a taint. Bummer. To top it off, I overheard that there were die-cast versions of some of the figures exclusively at the damn Disney Store. Great. Those sound awesome, and are, if you’ve seen them. They just cost too damn much. 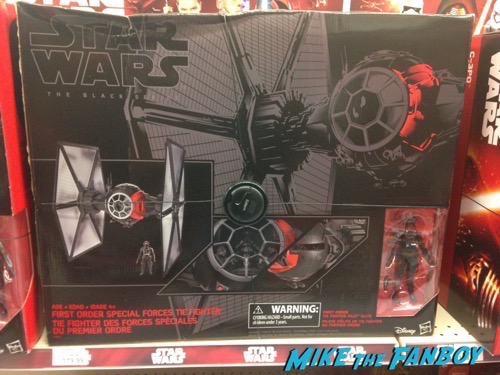 More and more people were showing up. There were people bringing their babies, a father brought his daughter, which, I thought was really cool, and even an Asian woman who spoke no English but still knew a cool event when she saw one. Everyone was giving updates from friends at other stores and there was even a small documentary crew from howdoyafigure.com interviewing folks and well, documenting. Looking forward to that. One of them shared with me that he just saw the very figures I wanted available on Amazon. I slapped my head for the sole reason that I was a dumbass. I forgot to check there. They were limiting the amount of figures you could buy but I picked the ones I wanted and bought them while waiting in line. I felt a huge weight lifted off my shoulders. Now I could just go in and take in the scene. I was able to relax and talk with the dude in line behind me about all stuff Star Wars and writing. He was a most cool dude. His goal was to snag Po Dameron’s X-Wing. Not sure if it was available online, but us Star Wars fans are definitely into instant gratification. I’d have to wait at least a week for my figures to arrive and you never know what kind of condition they’re going to arrive in. (For the record, they were a bit shelf-worn. ) 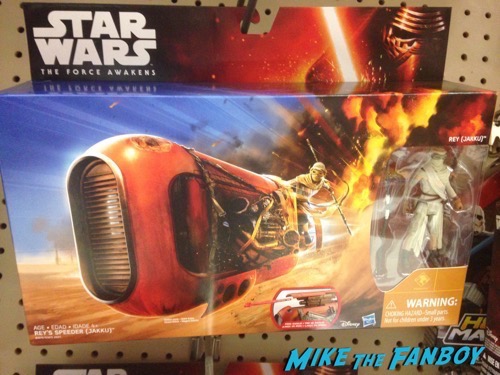 As we closed in on the midnight hour the store manager announced that they would be letting five people in at a time and limiting the amount of items you could purchase. I wasn’t sure how things would go with that. This was my first midnight nerd thing, so I wasn’t sure of what to expect at all. The crowd seemed geeky enough not to let things get out of hand and that’s precisely how it went down. The crowd counted down to midnight and small groups of folks were let in at the store management’s discretion. Folks were walking out with bags of goodies and showing them off to the curious still waiting in line. I couldn’t help but notice all the people with the figures I would’ve bought and by the time I was up to the door almost all the figures had sold out. The free exclusive posters that were advertised were gone as well. That was a bummer because there weren’t that many people ahead of me. We were given an exclusive Lego piece to step on with our bare feet later on at home and that was nice of them. 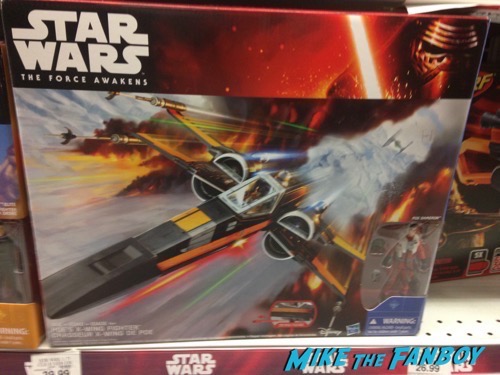 About all of the action figures were gone by the time I got to the Star Wars aisle.
Well, there were some Luke Skywalker figures in new packaging, but it was the same figure that’s been repackaged aboot a dozen times by now. (Genius marketing plan!) You pretty much have to be a millionaire who does not require the presence of a beautiful woman in his life if you want to own every figure for your collection. I just need to make over a million bucks now. The Star Wars aisle was packed and very calm. I grabbed a few vehicles and some small die-cast ships. I may not be able to afford the new figures and stuff, but I will still be collecting the die-cast ships. I’m not sure how I managed to bring myself to actually opening those, but if you’re ever lucky enough to be in my pad (Ladies?), you’ll be mesmerized by the wonderful grouping of the Empire/Bad guy ships shelf over the Rebel/Good guy shelf. (Contain yourselves, ladies. You’ve still got a shot.) 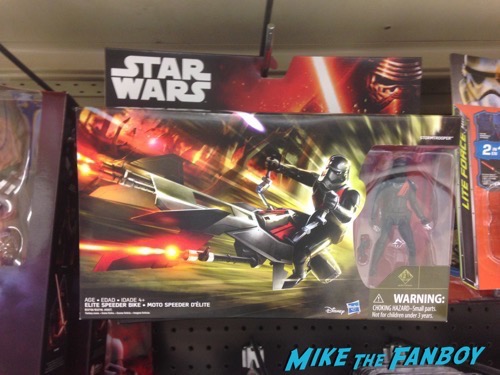 I decided that as much as I wanted the stuff I had amassed it would be best to start divvying it up amongst the crowd. I put back the one Black Series 6 inch Chewbacca figure I found. It wasn’t much different from the first version that came out months before. That was gone within five minutes. I saw that father/daughter team and asked the dad if he thought he daughter would want the First Order Snowspeeder thingy I had as well, as Finn’s Speeder. She was happy with those choices and happily took them off my hands. The rest went to the Asian woman who couldn’t speak English but knew Jedi when she saw it. She smiled and gave me a thankful nod. With the exception of the Die-cast Kylo Ren’s Fighter and First Order Star Destroyer the rest went to a mom grabbing stuff for her grown son who was most likely going to scalp the stuff on Ebay. They were still thankful. Everything was reasonably priced and I only spent $5 each on the die-casts. Look for the shelves to be full again just after the release and then on forever no that Disney will make sure to sell , repackage and sell some more of this cash cow until well after anyone reading this is gone. 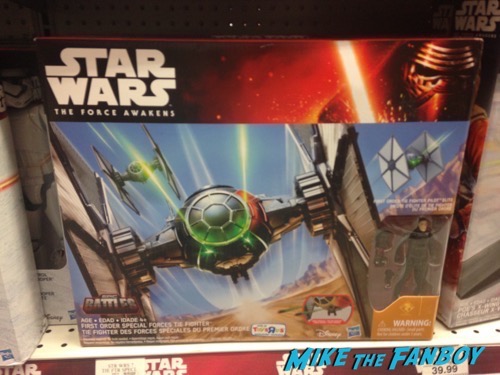 The new stuff looks really cool. My favorite is the Black Series First Order TIE Fighter with Pilot. That’s the 6 inch size figure, so the ship is huge. It only costs a mere $180 before tax. Looks like someone is going to have to “take care” of Santa if he wants one of those. Can’t wait to see what else is coming out. If you see me in the aisles, please figure to get out of my way and don’t dent any of the packaging. (See what I did there?) Happy hunting.