I got like 500 calls, texts, messages, and people yelling at me about this premiere. I didn’t want to go and decided… What the hell at the last minute.

Scotty and I both met up and it was freezing. Billy was here for, God knows how long and we ended up getting a spot right next to him.

It was so cold… I’m not even being dramatic. I don’t know if you can tell from the pics, but the palm trees are bending in the wind, use the force Luke, don’t get frostbite.

It was miserable. So so miserable. I had to go through three metal detectors just walking down Hollywood Blvd. It was a little maddening.

The most maddening part was that when the stars did drop, they were not allowed to cross.

I’m talking… I saw Andy Serkis argue with the security for over a minute about WANTING to sign and they said no. He basically said, “I’m doing it anyway” and signed across the street.

Now, let’s just say, once Harrison Ford dropped I was like, I’m out. He didn’t sign and went into the tent.

People actually started booing the stars. I was so cold I could barely walk.

It was that bad. I didn’t get anyone and I wanted to go home. Which I did.

So, there you have it.

It was a pretty epic fail. Thankfully, I put in an hour and a half, and didn’t spend the night or two, or three…

Check out the pics of the madness. 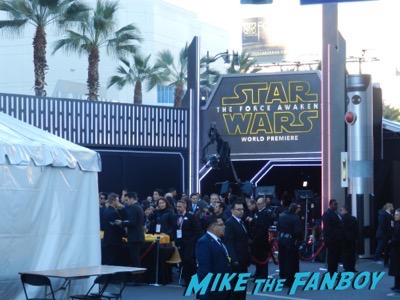 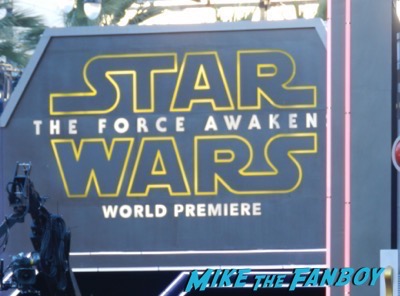 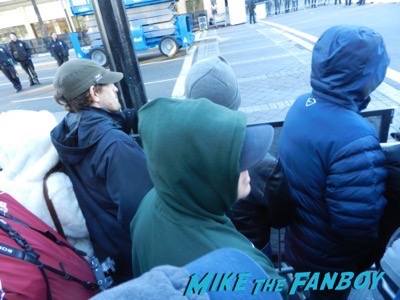 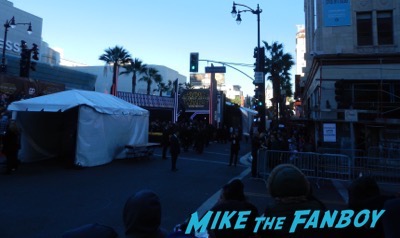 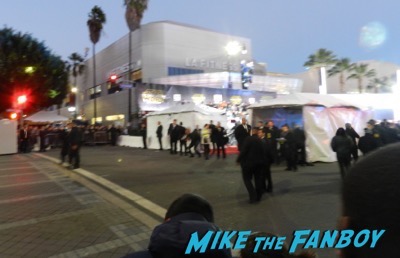 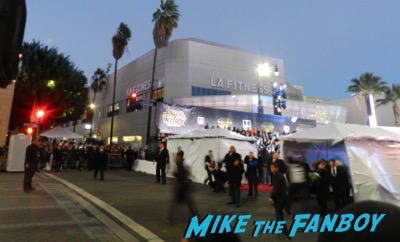 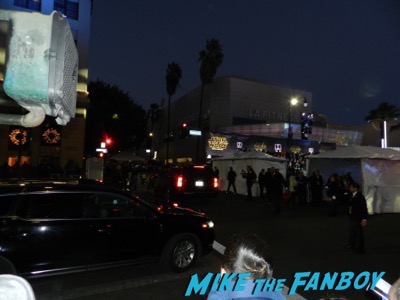 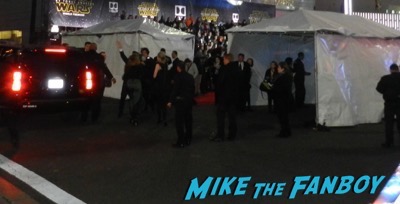