A Long Time Ago… In A Galaxy… Far… Far Away…

Star Wars has been a cultural movement, it’s spanned generations of young and old fanboys and fangirls alike. I don’t know of any other film series that has endured and changed in this way. Ask anyone young or old and they know the name Luke Skywalker. It’s iconic at this point. With that kind of passion, it tends to divide people when a new installment is released. 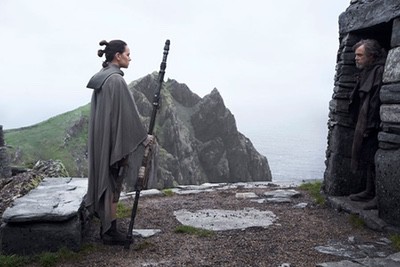 Star Wars: The Last Jedi, out now on Blu-ray has definitely divided the audience. When JJ Abrams took the helm of this next trilogy of films, fans complained that The Force Awakens was just a rehash of the original A New Hope. With The Last Jedi, it was an original story but as a whole it didn’t seem like a Star Wars film. 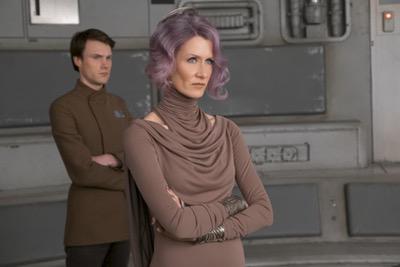 By now, the plot of The Last Jedi has been discussed at great length and dissected ad nausea. Rian Johnson took over directing and writing duties here and has a clear vision of what he wanted to do with the franchise. It just seems like he made a great movie, but not a Star Wars film. In fact, I watched the film twice after receiving the copy for review just to make sure I felt the same way on repeated viewing. 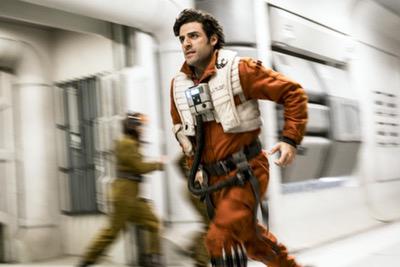 In this chapter of the Star Wars saga, Luke (Mark Hamill) has been found and Rey (Daisy Ridley) has convinced him that to train her in the way of the Jedi. Kylo Ren (Adam Driver) is linked to Rey and when Rey finally goes to Kylo their connection is established but Rey rejects the dark side and instead chooses to go with the good side of The Force. General Leia (Carrie Fisher) is trying to save what little of the rebellion is left and they head to an abandoned rebel base to seek refuge while their fleet runs out of gas. 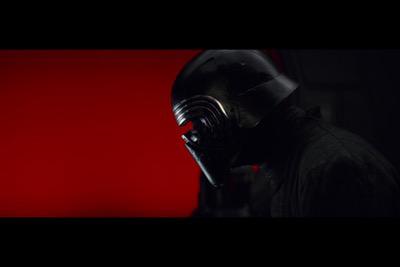 All doesn’t go according to plan of course and Luke Skywalker is forced to step in to help tackle the war with Kylo Ren’s Army. This sequence is one of the best in the film and is a lot of fun to watch. Which is the interesting this about the film, there are so many great moments, it’s frustrating when the film takes an odd turn. A starship running out of gas? The Jedi tree of life? Yoda popping up to laugh as it gets lit on fire? These are just strange choices that have been done before i.e. Battlestar Galactica and Lost. 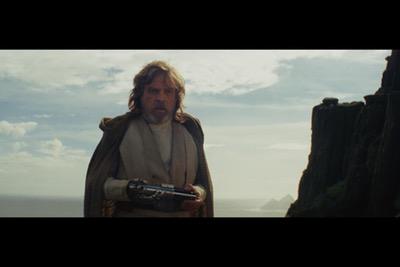 I think the main issue for me was the overt humor that was put in. In the first few frames, Luke Skywalker, making his return to the franchise gets his lightsaber back and tosses it over his shoulder with a shrug and walks away. It really sets up the fact that tonally this film didn’t fit with others in the franchise. There are so many examples of this from Poe’s joke over the coms, to even asides like when Kylo is about to go down to fight Luke. They just felt out of place. 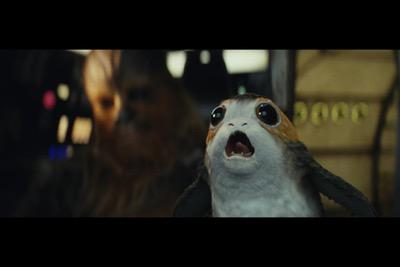 The performers are all very much on their A-Game in this chapter. Oscar Isaac in particular is outstanding as Poe and Daisy Ridley continues to put her all into her portrayal as Rey. It was a welcome return to see Mark Hamill back in full effect as Luke and of course his scene with Carrie Fisher was heartbreaking to say the least. 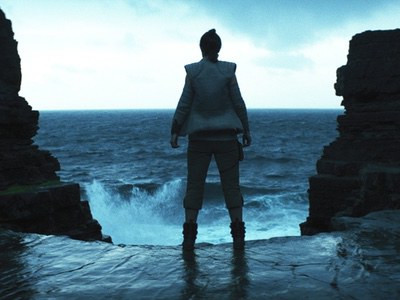 Star Wars: The Last Jedi arrives on Blu-ray in an excellent transfer thanks to Walt Disney Home Video. It’s a stunning picture with amazing detail and fluidity in the picture. There is zero fallout, the tones are perfect. I have to say, this is one of the best high definition transfers I have ever seen. This is the kind of film that Blu-ray was made for and it’s awesome. The small details here just are so prominent, the keyboards, consoles, everything just pop in the picture. It’s almost perfect. I wish I was able to see the 4K transfer as I’m sure it’s even better. 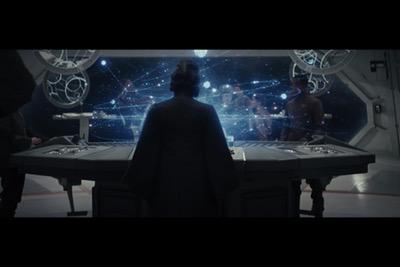 Special features available on this release are:

An Audio Commentary track with Rian Johnson, where he discusses the film in detail. It’s a definite much watch even if you didn’t like the film because it does go into his choices as a filmmaker which help quite a bit.

The Director and the Jedi – This is a lengthy documentary that is a must see. Running at over an hour and a half, it really shows the filmmaking process from a few different perspectives and you get to see rehearsal footage, sets, locations, etc… very well done.

Balance of the Force – Rian Johnson here goes into the Force, the origin of it and in particular Luke’s motivations.

Scene Breakdown – This is a great feature that goes into what it took to shoot three of the main sequences in the film.

Andy Serkis Live! (One Night Only) – This is a great look at Andy Serkis as Snoke in the CGI suit before all the digital work was done. A fine look at how hard motion capture performance is.

Deleted Scenes – There are about 23 minutes of deleted scenes including an introduction by Rian Johnson. Well worth the look. 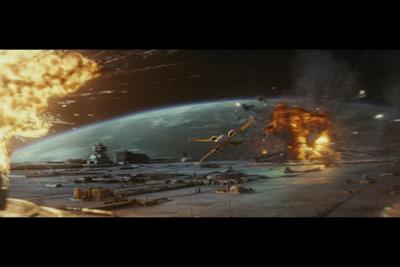 Overall, while I don’t think The Last Jedi will sit anywhere near the top of my favorite Star Wars films, it does seem to be a better fit on the small screen as opposed to the theater. The flaws were less apparent and more forgivable and the action sequences and scenes that really work stand out so much more on high definition. The transfer alone is worth picking up this release.

Star Wars: The Last Jedi is out now on Blu-ray