Stargate the hit film starring Kurt Russell and James Spader is getting a reboot!

Warner Bros along with MGM are planning a new film trilogy based on the original film. Stargate was a huge hit in it’s theatrical release and grossed over 200 million dollars worldwide.

It has spawned a long running syndicated television series, which spawned spinoff series of it’s own.

Roland Emmerich will direct the film, he wrote and directed the original as well, so at least the core team is back! Dean Devlin will produce.

Emmerich is also working on the back to back Independence Day sequels.

Are you excited for more Stargate? 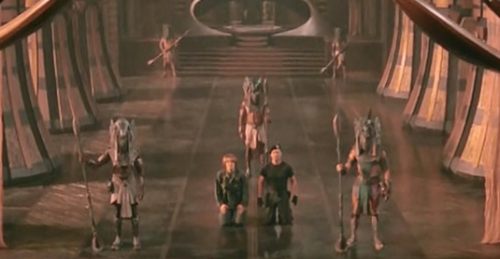