Starman was an amazing film, and if you didn’t get a chance to check out the short lived series based on the film, you really missed out. Starring Robert Hayes and Christopher Daniel Barnes, Starman the series ran from 1986 to 1987 and was very similar in feel to The Fugitive.

Sadly, it was cancelled after one season, but a couple weeks back there was a Starman television series reunion.

Check out Pinky’s recap for this weeks Manic Monday!

Hello, my lovelies. Pinky Lovejoy-Coogan here still abuzz from all the fun celebrities we were able to meet at the most recent Hollywood Show.

While, of course, the Weird Science cast was my favorite, I was also thrilled to meet Christopher Daniel Barnes (who voiced Prince Eric on my favorite Disney film, The Little Mermaid!) and Robert Hays (from Airplane!). They were sitting next to each other as they’d co-starred on a show called Starman back in 1986. 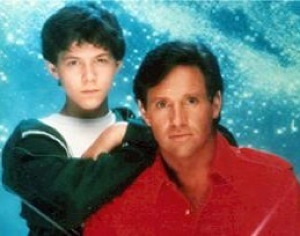 While I didn’t watch the show, my adorable husband, Keith, was a guest star on the show and has a hilarious story about being a method actor and trying to scare Christopher Daniel on set. 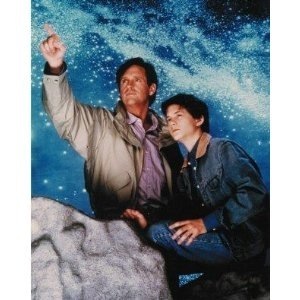 In fact, he was so sure he’d done a good job at scaring him, that he wasn’t even sure Christopher would talk to him! Luckily, when we went to his booth we had nothing to worry about. Both Christopher and Robert were stoked to see Keith and they had their own little Starman reunion. So fun! 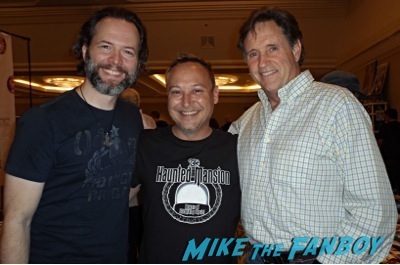 I loved seeing them all together and talking about Keith’s episode. Such a cool experience. Of course, I had to jump in the shot, too. How could I pass up Prince Eric? 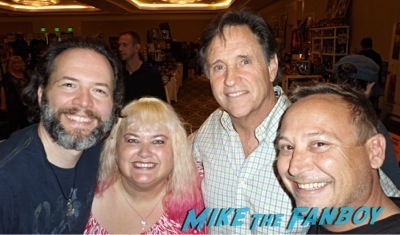