Home / FANBOY FAIL! / Stephen Amell Disses Fans In The Cold After He Tells Them To Wait And He’ll Come Over! Ugh!

Ugh… that’s all I have to say.

You know, it kind of sucks when someone you really like, isn’t so nice.

Stephen Amell and Eric Stonestreet did a talk show taping today, one was nice, the other was not.

I went for Stephen Amell, I really like Arrow and heard he was a pretty nice guy. I’ve only gotten him at one signing at Wondercon and Paleyfest where he signed but had to run off really early.

Now, there were only about 15 people waiting for him. Pinky was here a couple other girls and one line of barricade.

Eric Stonestreet arrived and said he would come over in a minute.

It was freezing, the wind was so damn cold.

Then Stephen Amell parked and got out of the car BEHIND the barricade. Suddenly, or organized line ran after him. Someone gave him a blue to sign every dark image that Arrow has. Does Arrow even have a light image?

He signed a few and then said, “Oh guys, don’t worry I’ll come over after and sign.”

Then Pinky asked Stephen for a photo and he said, “I’ll do it after, no problem.”
Pinky still got her photo! God Bless her.

So, because Stephen said to. We all waited. In the bitter bitter cold.

I had a couple mini posters and an Arrow action figure as well.

Eric Stonestreet came BACK out to sign for everyone so we didn’t have to wait. Very nice of him. 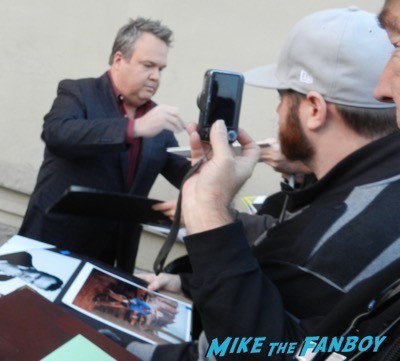 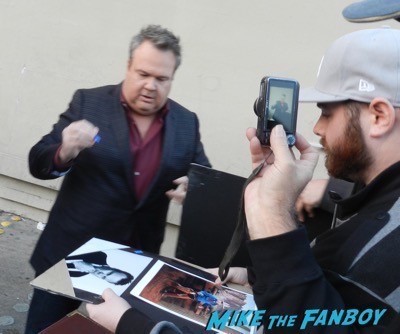 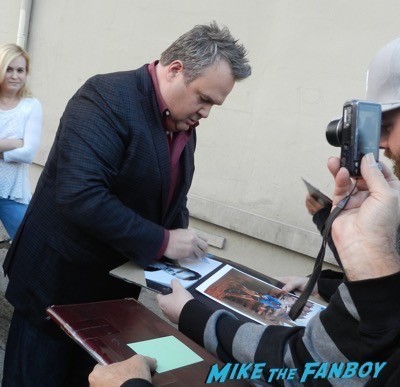 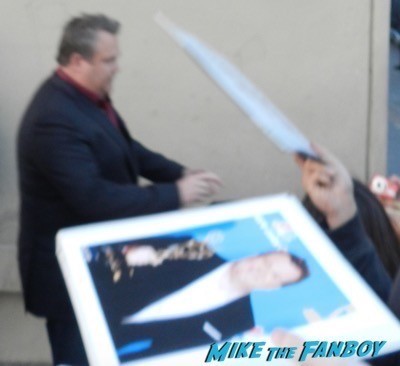 The night set in, the cold got worse.

Eric Stonestreet left, and we thanked him again.

Then Stephen Amell walked out. He didn’t wave. He didn’t come over. Instead he ducked to the outside and bolted in the door.

Then he came back out and went to the other side.

Honestly, it’s worse than if he didn’t say anything at all.

He knew people had been waiting all day in the cold and he just dissed everyone. I’m sorry, but that’s pretty dicky.

You can’t do it, fine. Say something. Don’t be a douche. I have been doing this for a number of years… way too many years sometimes. And this was on the top of my worst experience list. Up there with the Channing Tatum incident, William Shatner and Francis Conroy.

Oh yeah I went there.

I’m getting hot chocolate, thaw out.. And well… write this article. Grrrrrr…