Pinky and I were talking yesterday and she was telling me about how she had a bad moment with a celebrity and I was like, oh perfect I need a Fanboy Fail Friday! And then she said… Nooooo, not yet! Well, let’s just say sober wasn’t the watchword of the day, hey it was a party we were at. So she said, remember that one time and I was like oh yeah….

This was back when Stephen Amell as out promoting his show Arrow. He said he would come by later after dropping in the wrong spot. Sadly, he didn’t.

Pinky, however still got her man. A tall Canadian man, Yep, she did manage to get her photo with Stephen aka Oliver Queen. 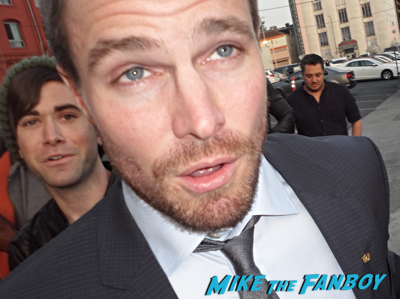 The first photo is awesome. One of the best flops we’ve had in a while! 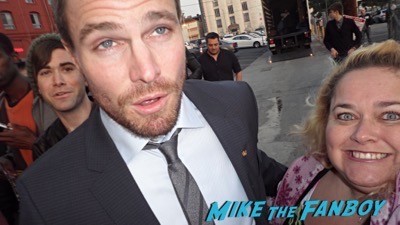 The second photo, while better… Is still a bit blurry and not the greatest! 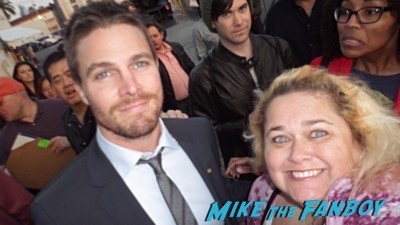