It’s Tues, which is perfect for Manic Monday! Wait… LOL. Seriously though, Any day is awesome to hear about Pinky’s adventures on the selfie trail!

This week she talks about meeting none other than Groundhog Day star Stephen Tobolowsky! He’s been in so many movies and TV shows over the years it’s hard to even narrow them all down.

Hello, my lovelies. Pinky Lovejoy-Coogan here still fighting the horrible cold I’ve had all weekend long (so much for that long weekend), so apologies for my Manic Monday now falling on Manic Tuesday. A few weeks ago we had the opportunity to attend a book signing with none other than Stephen Tobolowsky. What an amazing guy! 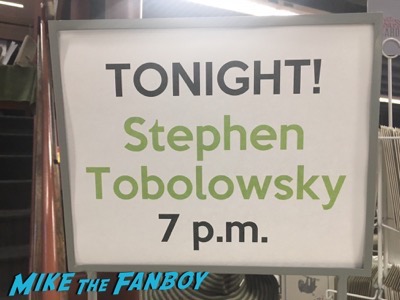 Seriously, I couldn’t love him more. I mean, I was already a pretty big fan, but after meeting him in person, I’m completely smitten. 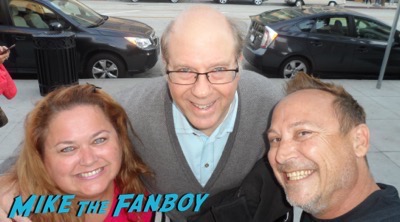 For as long as I can remember, I’ve been watching him delight audiences on-screen – I’ve particularly enjoyed him as the principal on The Goldbergs, Ned on Californication, and Jack Barker on Silicon Valley. Stephen was at Vroman’s bookstore in Pasadena to promote his book entitled My Adventures with God and boy do I wish we’d gotten two copies. 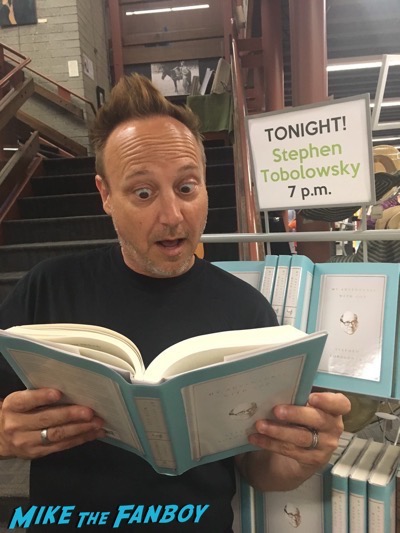 You see, our good friend Scotty Schwartz was having a birthday dinner the next night and since he’s also writing a book, we thought Stephen’s book would be the perfect gift. He even wrote Happy Birthday Scotty in it! So cool. 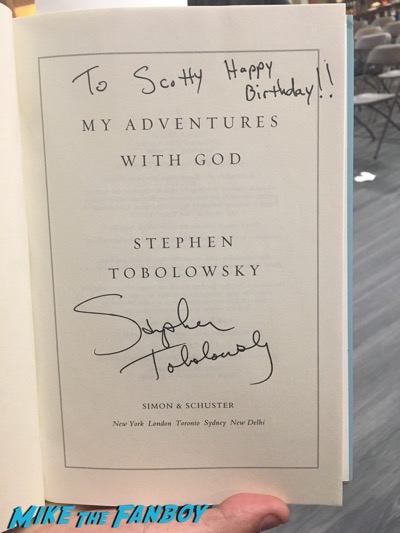 During the book signing, Stephen read some rather lengthy entries and he was so thoroughly entertaining that I kind of wished he’d just read the whole book. 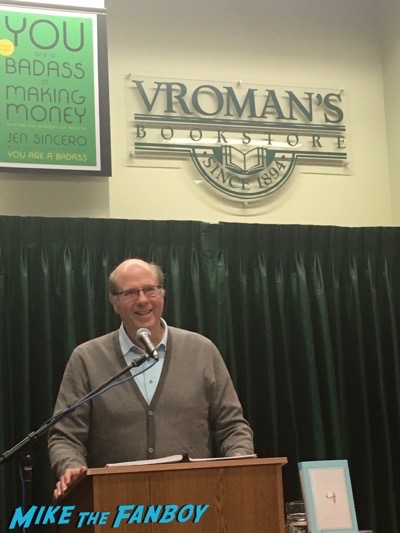 I could have listened to his tales for hours! What made the night even better was that Kathy Baker ended up sitting right behind us and was as nice as can be. What a total sweetheart! 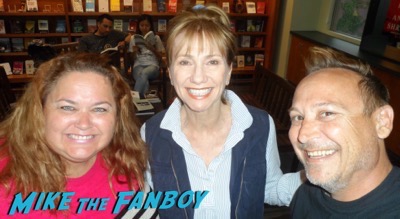 It was fun to see Kathy and Stephen chat together and we loved talking with Kathy before the signing began. Once the reading was over, Stephen lined everyone up for the actual signing. Then, he had anyone who wanted a picture come back and pose with him (not behind the table), which was awesome. 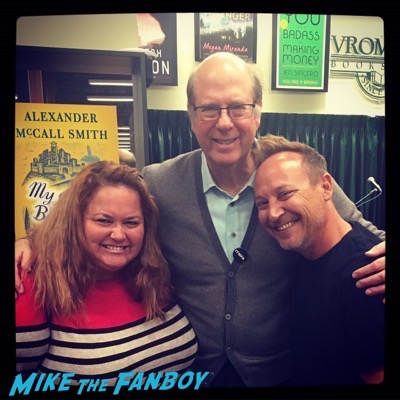 One girl had brought an older picture of them together where they were doing a silly pose – he insisted that they recreate the pose exactly. I love when celebrities really interact with their fans. He didn’t have one air about it, was just a totally cool guy. Thanks, Stephen, for being so great! So happy we went to the signing. 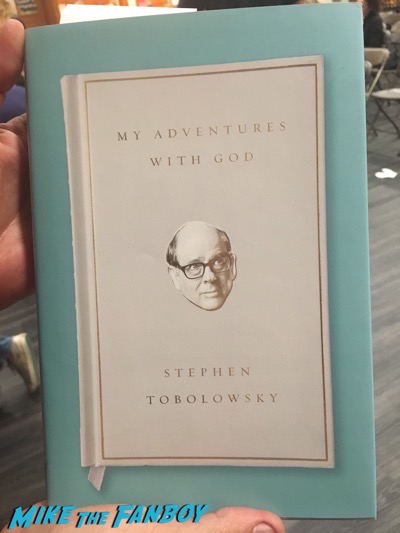