I love the 80s and 90s. Some of the best movies of all time came out of that period.

One actor really personified that moment in time was Steve Guttenberg. I watched all his movies, Police Academy 1-4, Short Circuit, Three Men and a Baby Cocoon, etc…

When I heard Steve Guttenberg was doing a q and a, I about fell out of my seat. I was like, Holy Shit, and then I went… Holy Shirt x2.. It’s tonight.

I pulled my stuff and thank God it was right down the street.

Pat had his red paint pen at the ready and I was thinking about lighting my stuff on fire to raise my body heat up a notch. I know counter productive….

Finally, after like an hour after the movie was over, we see Steve Guttenberg in the lobby of the theater.

Now, I’ve never met Steve and I hear he’s nice, but he was literally talking to everyone inside. Like everyone. The nicest dude.

Of course my nuts were frostbitten now, but he was so nice inside.

As he left, he came on over and literally signed everything we had. 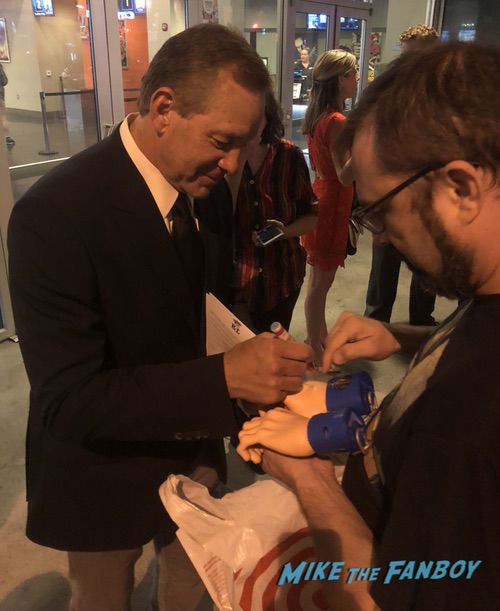 I have a Short Circuit counter stand and he signed it on the crease which sucked, but it still looks cool. 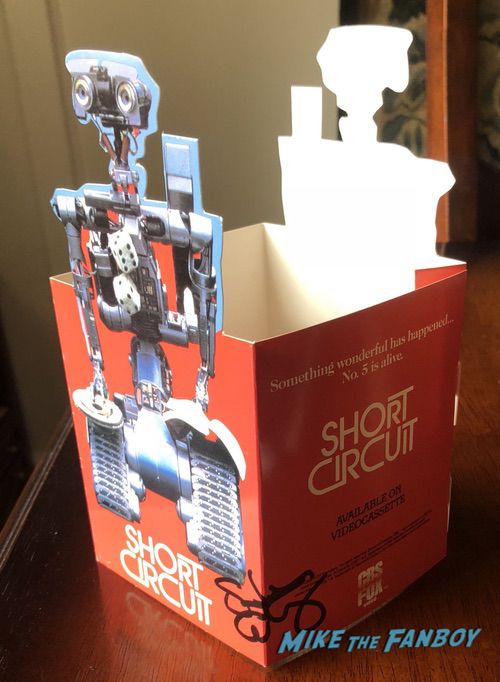 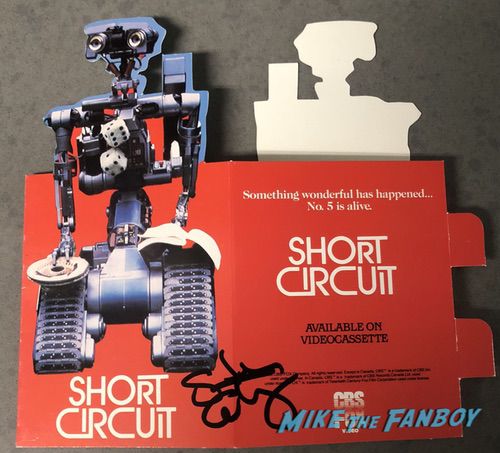 Police Academy, Three men and a Baby and I had Steve sign my Veronica Mars season 2 cast poster. 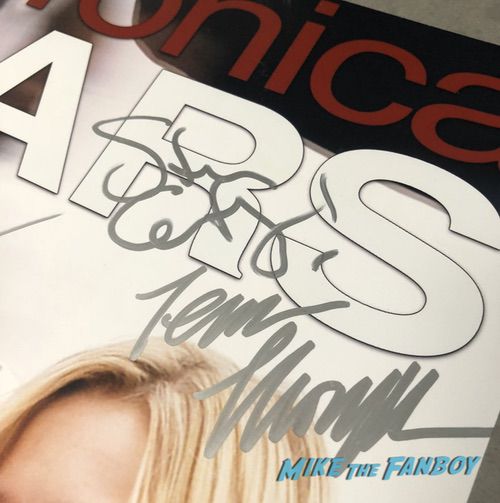 I was like, “You were so good in Veronica Mars.”

He said, “I was a great child molester.”

I was like, So against type, that’s why it worked! 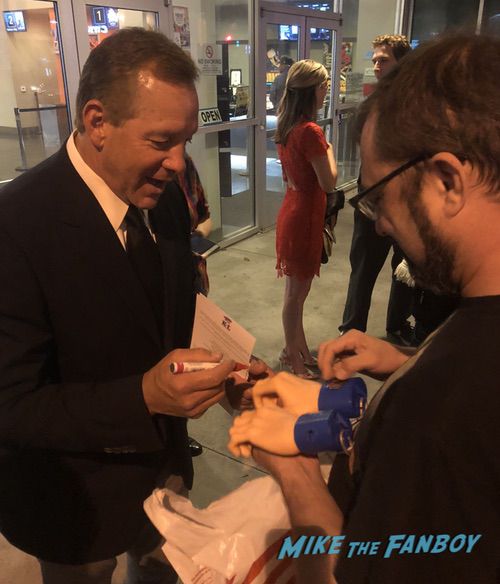 He was super nice and did pics with everyone too. 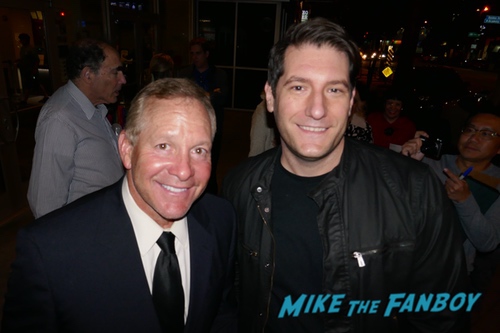 A cold, but awesome night! 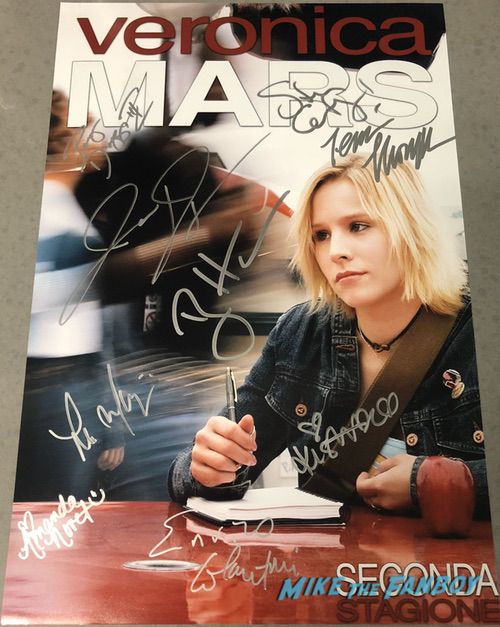 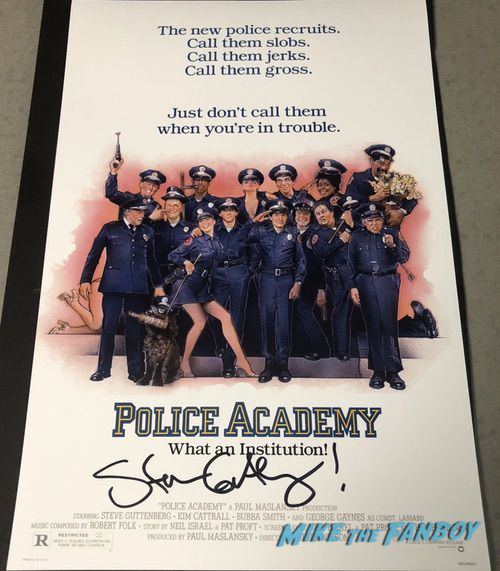 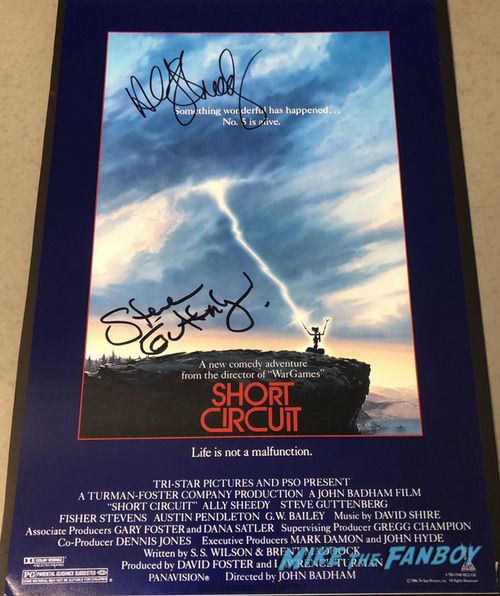 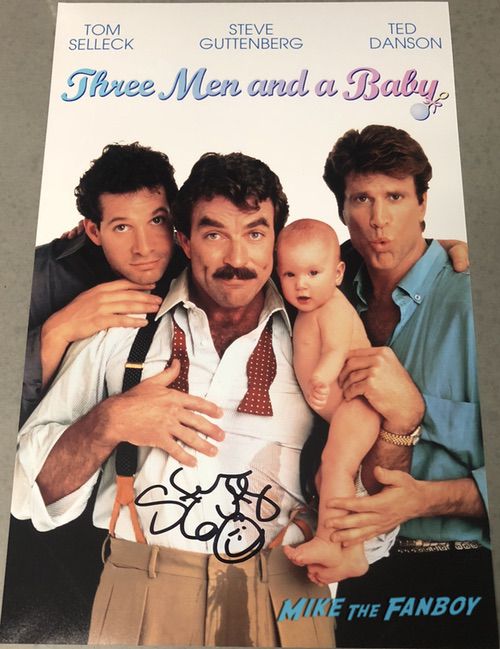