Hollywood loves a good biopic and there’s very few people who have influenced modern society more than Steve Jobs. He created the way we navigate the world in this age and age for better or worse. Whether you have an iPod, or iPhone, or just an Apple laptop all of those things stemmed from the mid of Steve Jobs and seeing the man come to life is a revealing look at our society. 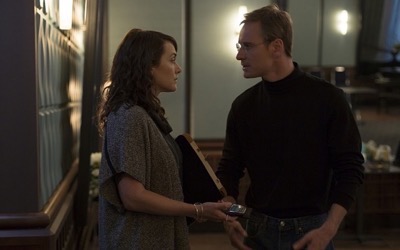 In Steve Jobs, out now on Blu-ray, Danny Boyle the man behind such artful crafted hits as Slumdog Millionaire and Sunshine has directed a film that erases all memories of the 2013 biopic Jobs from memory. No one weaves a tale like Danny Boyle and I’ve been a fan of his work since I saw Shallow Gave starring a very young Ewan McGregor. While Steve Jobs may lack Boyle’s signature style, the performances are out of this world.

Opening on a black and white clip featuring Arthur C. Clarke talking about the future where technology and society meet. Nothing could really be more fitting for an introduction to Steve Jobs the man or the movie. We then see Steve Jobs (Michael Fassbender) and his tech team struggle to get the original Macintosh computer working… Well, working the way Steve Jobs wants it to. An audience is assembling and the computer can not say “Hello” and while it’s a rudimentary task considering everything a computer does nowadays, it’s plaguing the team. While this is all unfolding Steve Jobs can not communicate i.e. saying “Hello” to his estranged girlfriend or daughter Lisa whom he doesn’t even think of as his. 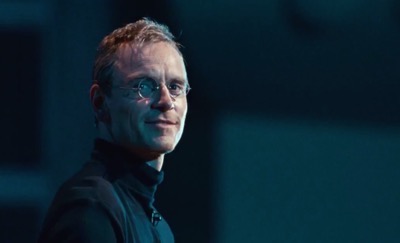 This isn’t a story that’s just about computers or technology it’s a look at the man who basically invented the way we communicate with each other and how he can’t communicate with those around him. We see Jobs leaving Apple, and the company falling into disarray and then Steve Jobs returning to Apple with the iMac being introduced in 1998. While the movie highlights Steve Jobs career touchpoint it also hits on his personal life and what was happening to him at the time. We see Steve Jobs relationship with his daughter and Joanna Hoffman (Kate Winslet).

It’s an interesting cross reference, showing the viewer the career and tech with Jobs inability to really have an ability to have a relationship with his own flesh and blood. Yet, he can create some of the most interesting and intriguing inventions of all time all built around the idea of communication. These parallels are talked about and fairly obvious but you don’t feel overwhelmed or slapped across the face with them.
The film is done in a simple three act structure with the larger events of Apple being played out with Jobs personal life. What I loved is that Boyle changes the film stock to represent these three different periods from 16mm to 35mm and finally digital. It’s a simple thing but it really lends a lot of the overall feel of the film and in the earlier segments its gritty nature. 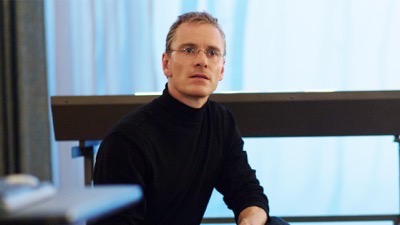 The performances are stunning, Michael Fassbender is pitch perfect in the title role and deserves every accolade that he’s received thus far. Bringing a man like Jobs to life is no easy task and he does so with an affable grace, allowing his full persona to be out there warts and all. If it wasn’t for Kate Winslet as Joanna, the audience would never see the softer side of the man. She is the true definition of supporting actress here and her presence is felt throughout.

Steve Jobs is presented in a fine high definition transfer thanks to Universal Studios. The three film stock choices are even more pronounced on Blu-ray, with the grittiness of the 16mm in the beginning really setting the mood for the film. Of course, the cleaner digital shoot has crisp details and a different color palate which for a filmmaker’s choice was exceptional. You may lose some crispness and sharpness in the two earlier segments, but for aesthetic purposes it’s well worth it. 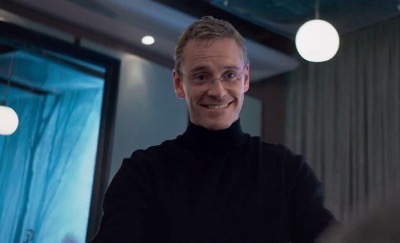 For those of you wanting to delve deeper into the world of Steve Jobs, there are two audio commentary tracks. One is with writer Aaron Sorkin and editor Elliot Graham. It’s a very good commentary and worth a listen, there’s personal background from the participants and details into the writing process as well.
The other audio track is with Director Danny Boyle, he talks mainly about the logistics of shooting the film, getting the script and characters correct and offers some really good filmmakers insights. 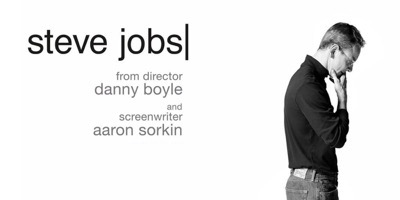 There is an excellent Making of Steve Jobs documentary as well. It’s divided into three parts with part one focusing on Michael Fassbender and his performance along with the script and the overall structure. Part two goes into the supporting characters and the cast, while Part three takes a look at shooting the film, the locations and technical aspects of filmmaking.

Overall, Steve Jobs was a wonderful look at man who has changed society and the way we live. It’s a look at who the man was while also giving us insight into who is was, the good and the bad. I highly suggest checking it out, especially at awards season. It’s deserving of all the praise.

Steve Jobs is out now on Blu-ray!