This day has gone to the dogs!

Scotty and I headed out to meet legendary comedian and Three Amigo, Mr. Steve Martin. Now, you know your luck is bad, when you arrived fairly early, only to walk up and miss him by five seconds. Like, literally, Steve Martin came over, he signed and then left in the matter of seconds and we missed it.

There were only six people waiting… So, after licking our wounds, we grabbed some grub and decided to wait until the exit. Sigh…

We headed back and started talking to Steve Martin’s driver who is super cool. He’s just hanging and see’s us so we start shooting the shit.

I brought my Three Amigos poster and Scotty has the Father of the Bride laserdisc he’s been working on since the beginning of time.

The funny thing is, there’s no one around. Literally the streets are barren. I feel like I’m at some kind of movie set that’s been abandoned. 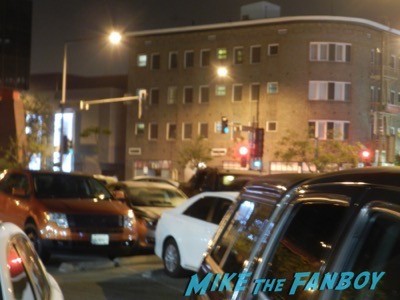 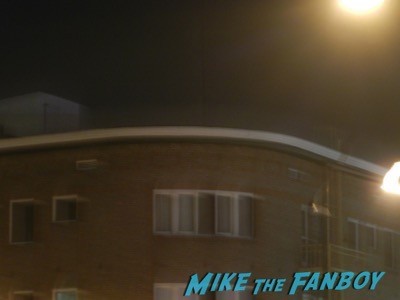 Then the driver comes out walking Steve Martin’s dog! So cute!

The dog is so chill. I mean, wouldn’t you be if you were Steve Martin’s dog? 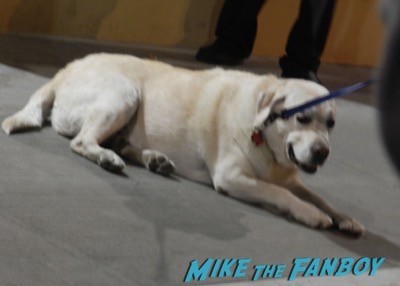 The driver is like, “Oh Steve’s pretty cool about signing, so I’m sure he’ll do it, etc…” which is nice. I’ve never gotten Steve before so it would be awesome if today worked out…

Then the show lets out and we have about 10 or so more people here.

A few minutes later, out comes Steve. We call for him and he says, “Oh, I signed on the way in, no… no…”

And then he jumps in the car.

Wow… This day really did go to the dogs! Doh!