Home / Fanboying! / Steven Spielberg Insanity! The Iconic Director Signs For Over 80 People While Tom Hanks Bolts Like His Butt Is On Fire! Autographs! And More!

Last night I headed out with Scotty for a q and a with Tom Hanks and Steven Spielberg. Now, I know this might be hard to believe, but I’ve never met Steven Spielberg. I’ve always heard he was nice, but for some reason he’s always eluded me.

Tonight, I brought my E.T. oversize VHS counter display and Jaws mini poster, as well as a couple things for Tom Hanks. Now, I have no hope for Tom Hanks; let me tell you, he’s not the nicest guy in the world.

When I arrived, I literally saw everyone I’ve ever seen in Hollywood. I mean I think every single collector was here. Chris, Alex, Anthony, Ed, MTF Reader Joe, down the line. I bet there were 80 people here. Easy.

As the time ticked by no one had an idea where to stand. People were scattered everywhere, I almost gave up, to be honest… It was a tad bit overwhelming.

To watch 80 collectors running around, front to back, back to front, and repeat. That was my night. 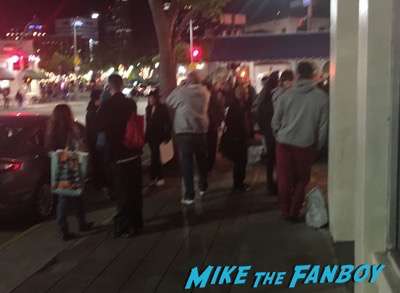 Tom Hanks dropped in the front and it was madness. Not only the 80 people running from all sides but people from the restaurants around came over to try and get selfies. It was insane.

I can’t even fault Mr. Fan Friendly Tom Hanks for bolting inside.

As we waited for Steven Spielberg, people didn’t know where he would park, and to be honest, no one saw him go inside. We only saw his car park.

Then everyone kinda lined up; I was behind a small metal fence, which was good because it was solid. Farther down there was a thin metal rope and it wasn’t as secure. 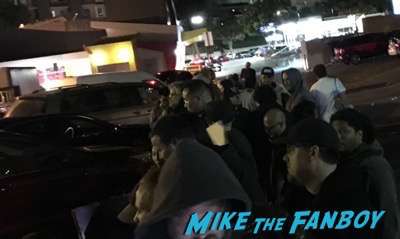 No one thought that Steven Spielberg would actually come over. I mean let’s be honest, it would be daunting for anyone.

It was so cold and getting colder. Tom Hanks let and bolted like his ass was on fire.

Then Steven Spielberg left. He must have been asking how many people were waiting as one of the security guards kept looking back and sure enough he came over to sign. 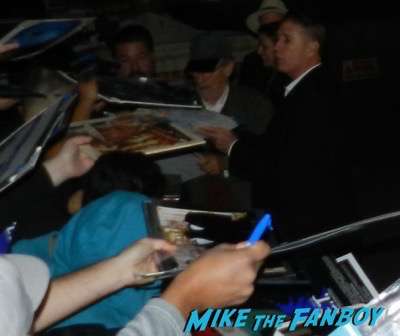 Like, that’s pretty damn nice. He started at one end and did quite a bit. He was so nice too. He tried to chat a bit, I got my Jaws mini poster signed and then he signed my E.T. display box really nice. I know it got a tad bit more hectic down the line but I know Steven Spielberg did sign a lot. 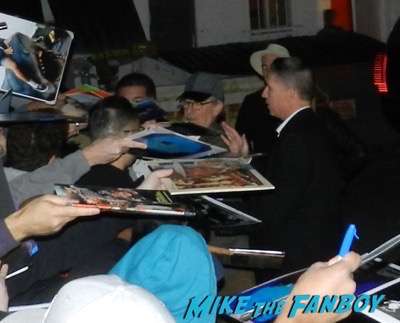 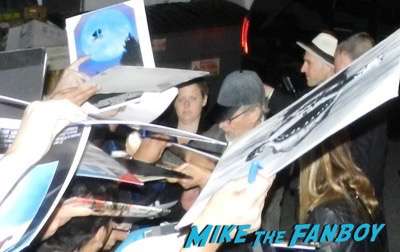 I also know not everyone got one, which always sucks. Sigh.

Still, I’m happy that Steven Spielberg was so kind, I mean he really didn’t have to do that and for so many people. 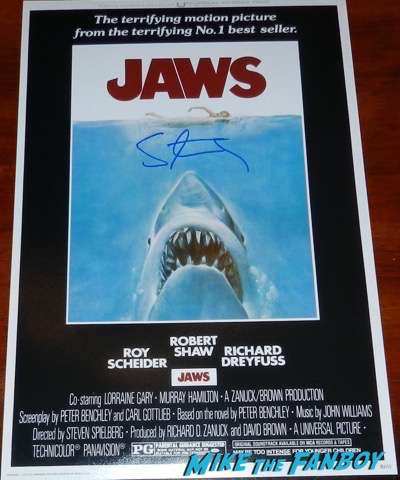 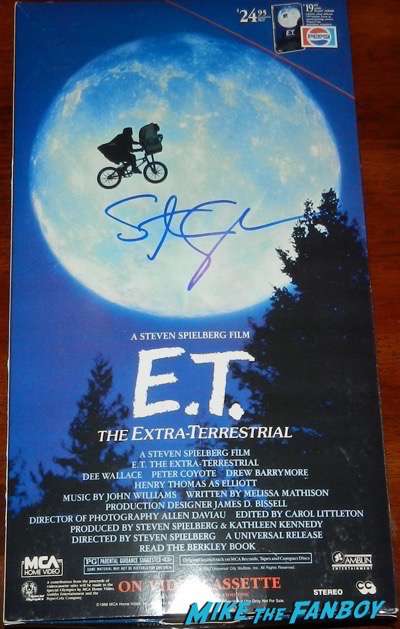