I was so going to go to this event, and then Scotty said, “I’m getting there at 4:00 a.m.!” That’ when I said, “I’m staying in bed!” lol… Ah well… I know Scotty had an amazing day, and it will be something he will remember for the rest of his life. I mean, it’s rare when a legend like Stevie Nicks does a meet and greet and it’s those rare occasions when it makes this hobby so so fun.

I am not sure how to write a recap of one of the most AMAZING meetings I have ever had. Today, I had the privilege of meeting the one and only STEVIE NICKS. Now, we attend a lot of signings and premieres, but Stevie was at the top of my list. Her music has held such a special place in my heart. Her songs have been part of the sound track to so many happy times in my life. 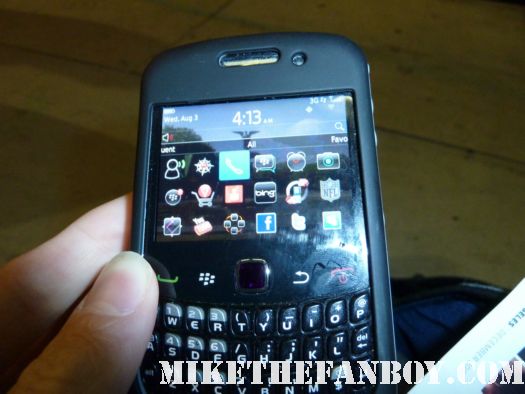 To ensure a spot in line for this once in a lifetime meeting, I arrived at Amoeba Records in Hollywood at 4:13a.m. I staked my spot and was number 13 in line. I met some very friendly people. We all agreed that these were our spots and that no one would be allowed to hold spots or cut. 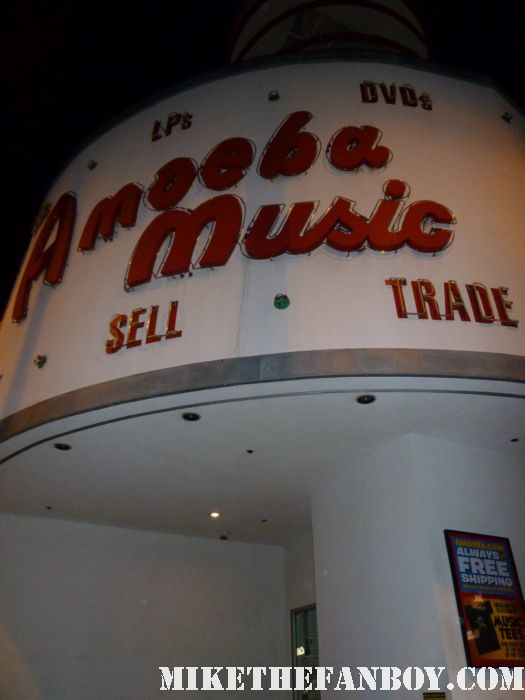 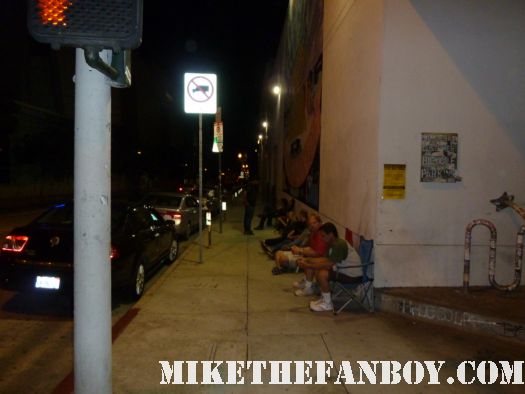 Amoeba Records was wonderful with us. They opened early to sell us the album, gave us a numbered wristband, and gave us an exclusive lithograph. They told us that we could leave, come back at 5p.m., and get back in line in the order of the wristbands. 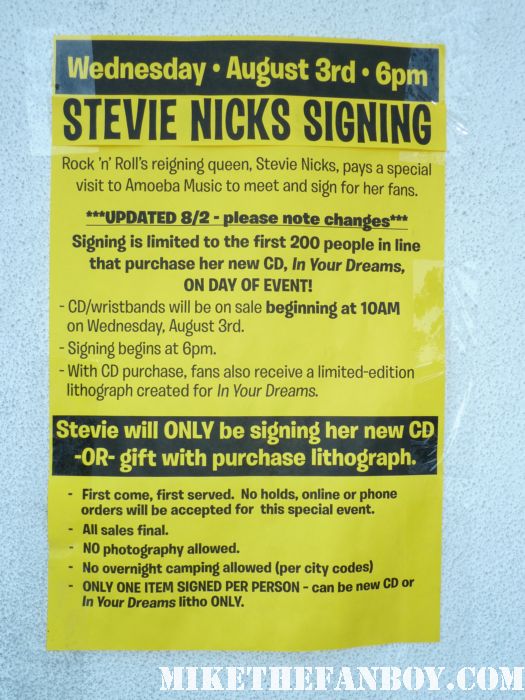 WOW! This was not something I have experienced before. I was thrilled that Amoeba was organizing a signing this way and wanted to be fair to those fans that arrived early. 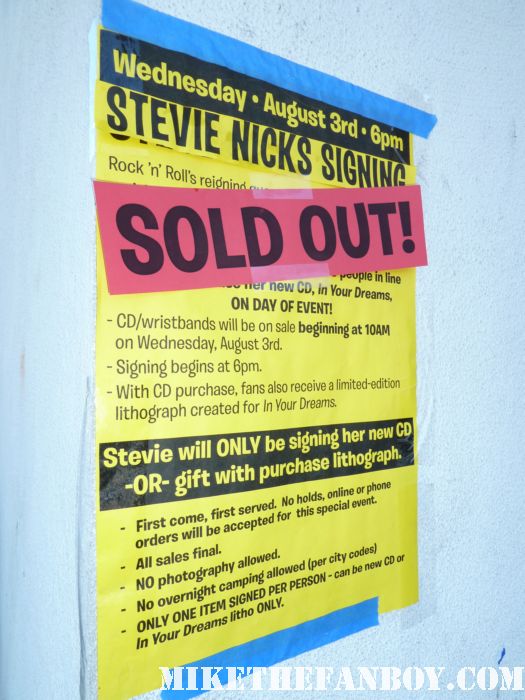 I bought my CD, received my litho, and went home to rest. When I returned to Amoeba at 5p.m., we got our spots back. Just before 6p.m., they led us in to the store. 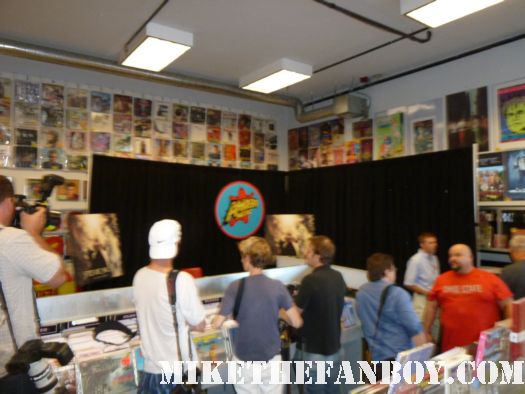 My heart was pounding, and my palms were sweaty. Finally Stevie arrived!!! I was very nervous. 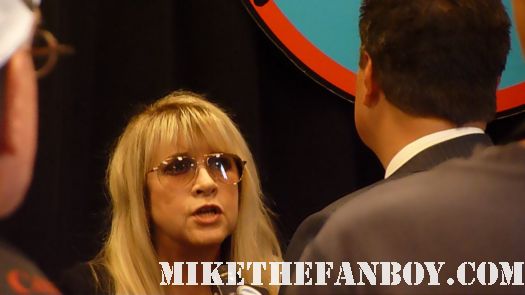 After about 15 minutes of waiting, it was my turn! I got up to the table, and Stevie looked right at me and held out her hand. 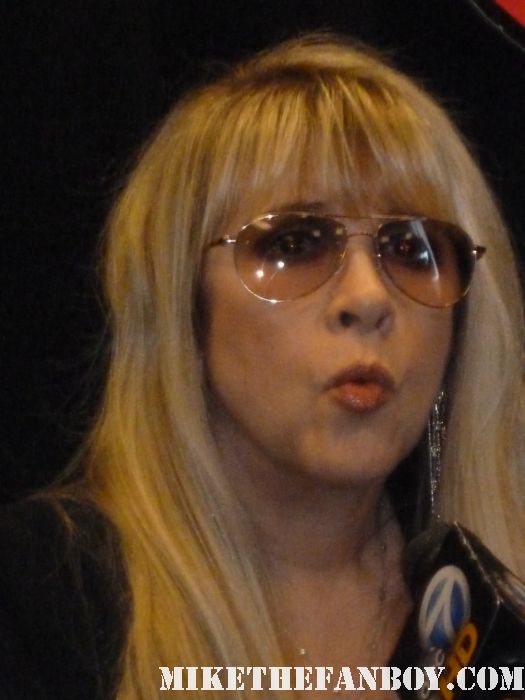 I said hello and that my name was Scott. She asked me how I was, to which I exclaimed, “WONDERFUL!” I then proceeded to thank her for doing the signing and how I had waited to meet her for such a long time. I also thanked her for her gifts of music. She said it was a pleasure and how great it was to be there at Amoeba in a “real record” store with music fans. 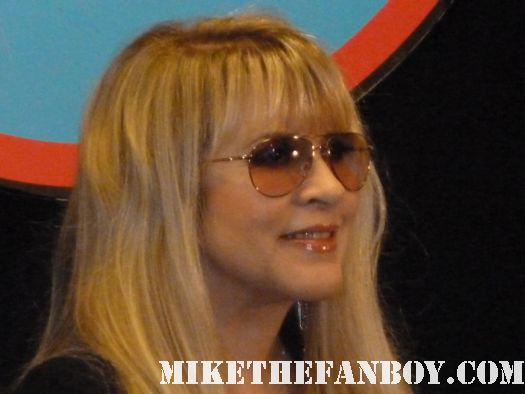 She signed my litho and asked how I liked the new album. I told her how much I enjoyed it. She then thanked me for coming. It was an AMAZING moment meeting the legend herself. 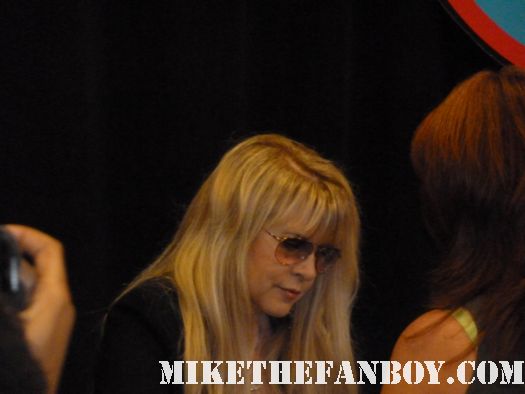 Thank you Stevie for a day that I will never forget! 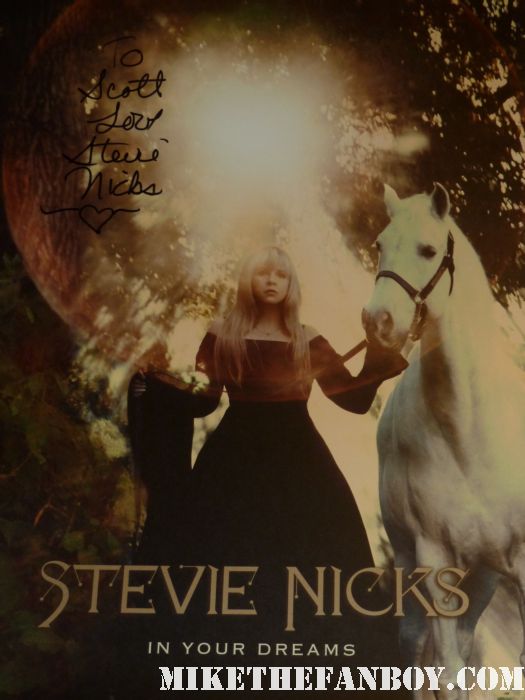 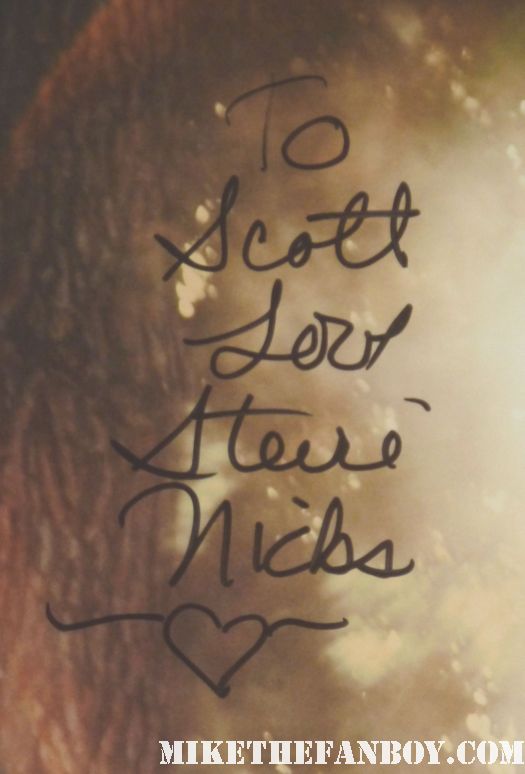