I just called….to say….I love you! Okay, so it is not this artist’s most known song, but it is the one I remember as a nine year old listening to the radio. It is also the song that introduced me to this music artist. Stevie Wonder is a music icon who not only sings, but also writes, plays, and produces his music. I have seen Stevie a number of times out and about and he has always been kind to fans. This time around, I was not going to miss getting a picture with him. Stevie was as kind as ever, and he stopped to pose for pictures with anyone who asked. The person accompanying Stevie was very kind as well. Thank you Stevie for being so cool to your fans! You are definitely as “super star” in my book! 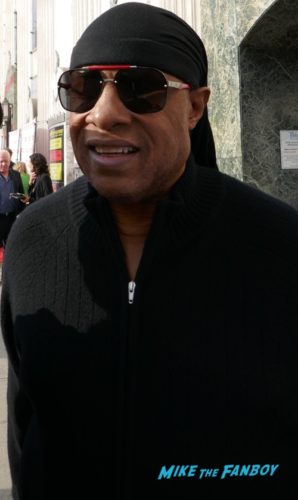