One of the coolest things The Lovely Erica had the opportunity to do at C2E2 this year was sit down with Nikita star Shane West and creator Craig Silverstein! They chatted about what is in store for the hit CW show and whether or not there will be a season 3!

It’s an exclusive interview guys, so check out Erica’s full recap after the jump!

After a month long break, new episodes of Nikita will finally be airing starting this Friday!

As the cast and crew are filming the last couple of scenes for the big ending this season, series executive producer, Craig Silverstein and star Shane West took time out to visit fans in Chicago at C2E2 and talk about what’s next and how this all comes together.

Craig promises that “we’ve got a really imposing [bad] guy in this next episode” and that Ryan will be around more: “[Ryan] and Birkhoff interact in upcoming episodes, which they haven’t had much chance to do. They work in different ways and their interaction is kind of fun.” 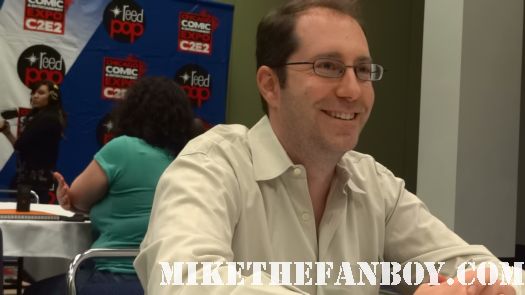 When asked about whether Ryan will be throwing punches in the near future, Craig smiles cryptically and says: “We have our role for him planned out…”

“We talk about where the [characters are] going all the time…There are a lot of twists that are pitched and then I say ‘we can’t do that because it doesn’t make sense with what happened before’ and I’m kind of a stickler about that.”

Whew! Personally, nothing kills a show for me faster than when the characters don’t make any sense due to gimmicky plot twists (attention: Heroes and Glee!). Craig seems sensitive to that as those inconsistencies “drive me nuts and that’s why I try to pay attention as much as possible. We try to be consistent.” 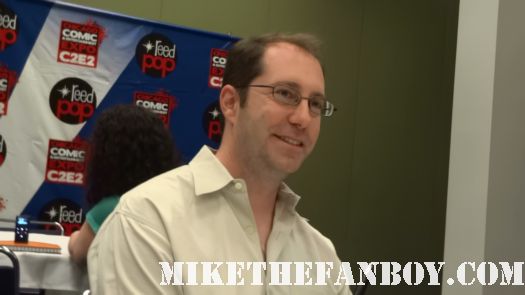 When Craig first started work on Nikita, he had a three year plan which outlined the major plot points and, amazingly, he is still on track with the plan: “There has been a change that’s had to do with some of the things the network wants that will prevent me from doing the full completion of my three year plan in the way that I had planned it, but the big pieces will still be there.”

Although the network has yet to renew Nikita for the next season, Craig is already hard at work thinking about the future: “In season 3 we’ve got the opportunity to bring in really interesting, unique ‘single-serving’ bad guys. I’d love to see guys like that – an anti-Nikita and a Joker-type of guy.”

And speaking of characters, Shane West is here and is bright-eyed and conversational despite a rather grueling schedule and less than 2 hours of sleep. “It’s such a way of life on Nikita now… This show is one of the hardest working shows out there because of what we’re given to work with. We kind of screwed ourselves with the pilot because it looked like a film and it looked very slick and dark with a noir feel…once you do that, you’ve got to do that every episode. It can be pretty grueling, especially on a crew. It’s because they’ve got to be there every day. We may be lucky and not have to be there that day, but the crew has to be there every day. “ 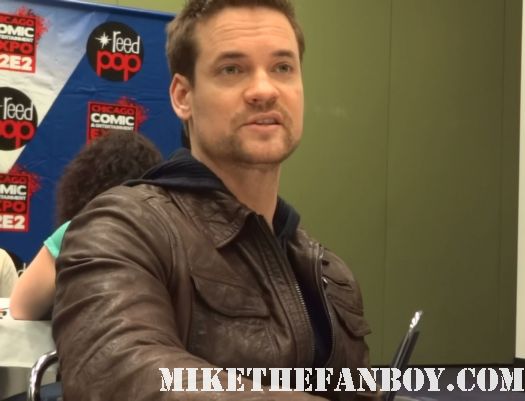 “It takes a season or two, I believe, to get into the swing of things. Year 2, even though it’s been crazier storylines, and out on the road a lot, and things like that. Season 2, believe it or not, has not been as difficult because of going through everything we went through on season 1. This year has been ‘easy’ and a breeze compared to the first year. I would not want to be the line producer on this show!”
“We’re proud of the show so it makes it worth it. If we weren’t proud of it, then it definitely wouldn’t be worth it. It’s not fun being exhausted and not proud of what you’re doing. It’s a blast being exhausted if you’re happy with what you’re doing.” 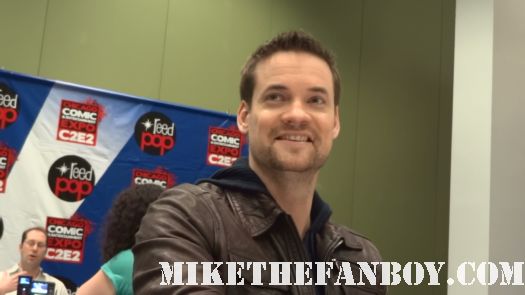 When asked if he’d rather save lives like he did on e.r. or if he’d rather save the world like in Nikita, he is quick to say that “this is a lot more fun…getting into fights every day, firing guns and having the action that happens on this show is far more exciting, at least from a comic book perspective or being a kid and playing war and all that kind of silly things you play as a kid. I’d have to take Nikita over e.r.” 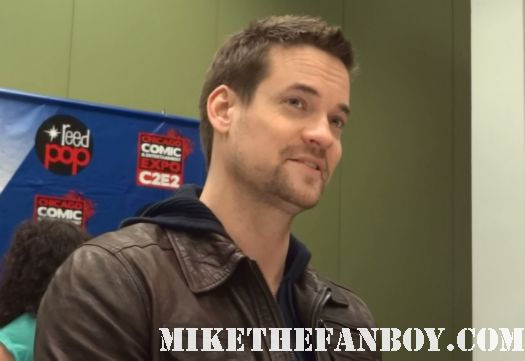 After they wrap filming next week, Shane is still sifting through some possible projects for his summer break: “there are a few offers out there for some independents that shoot in New York which I’ve always wanted to do. The roles are things that I’ve never done before which would be phenomenal.”
But will there be a season 3? 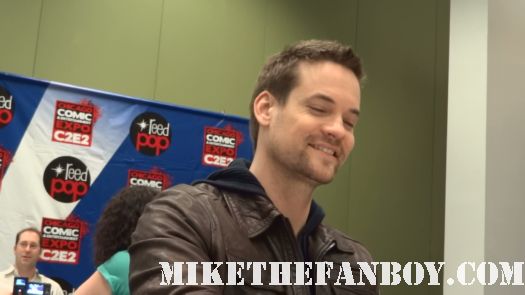 Craig is hard at work on that: “When I get back from Toronto next week, I’m going to pitch the studio and then we’re going to pitch the network. I think it went well for us last year and I think I’ve got a good one this year. And it all depends on all that stuff like the pilots coming in… You get feelings and stuff, but I’ve only gotten the call always 2 days before they announce the schedule.” 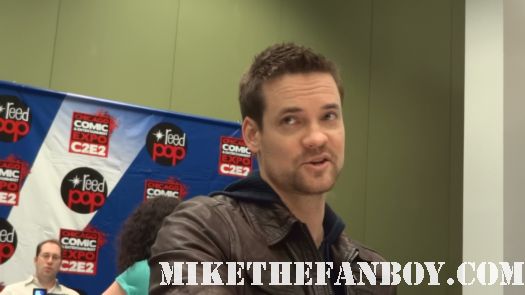 Craig does promise that the season ends with many of the plot lines wrapped up. “I would never leave with a cliffhanger that would leave people going out of their minds. I just think that’s irresponsible.”
Promises, promises! Looks like we’re in for a fun ride for the rest of the season!

Nikita is on the CW on Fridays.