Don’t you hate it, when you have a fail for a show you really like.

It’s interesting because should this affect your enjoyment of the show, can you still be a fan when the stars of said show are not that fan friendly?

It’s tough because everyone has bad days clearly but when there’s a pattern of behavior ala Natalie Portman, Bruce Willis, etc… Does it and should it taint their work. I mean, I still love DieHard even though I know Bruce Willis is a jerk. Okay.

I’ve been plagued by this when thinking of Stranger Things. There’s been a couple events now where the cast has been at and they are just not nice. A couple of the kids will still do it if you can get to them, but otherwise, man… talk about a project going to someone’s head. 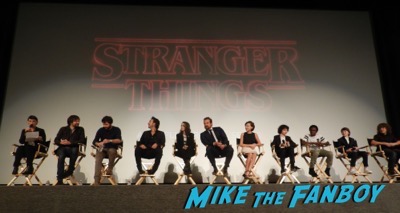 This week there was a q and a, the second q and a of the season but this time Winona Ryder was going to be there and I love her. I know, I know. I figured there was a 10% chance I could get her, but still… It’s a shot right? 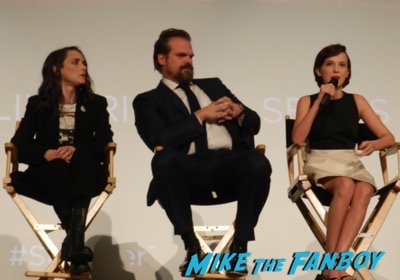 In the middle of the panel, the moderator said, something to the effect of, “Oh, I forgot, don’t come to the stage, I know it’ll be hard not to but they have to leave.”

Hopes dashed. The first q and a for Stranger Things featured only the kids and they pulled the same thing. 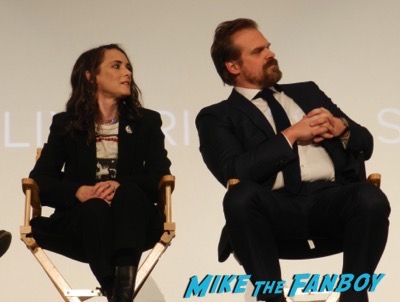 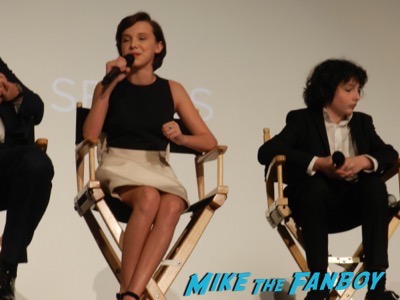 Well, what’s doubly irritating is that the cast really didn’t HAVE to leave. They hung out in the parking lot for a good 10-15 minutes. In fact, David Harbour sat there smoking for almost 20 minutes ignoring people.

It’s not shocking but sad. I know the kids are doing the con circuit now and that always affects things.

So, I pose the question, should this affect me liking Stranger Things or should it not bother me?