The new episode of Stranger Things premiered today, and while I refused to binge the entire show… I like to spread each episode out, just saying, I’m a bit old school.

I thought it was the perfect night to recap the Stranger Things FYC panel.

However, Winona Ryder was nowhere to be seen.

I did get to meet David Harbour at the reception earlier and he signed my poster, I also had a few of the Upside Down drinks. They were awesome.

Now the panel was good, all the kids got to talk about the show, and we watched the pilot again. 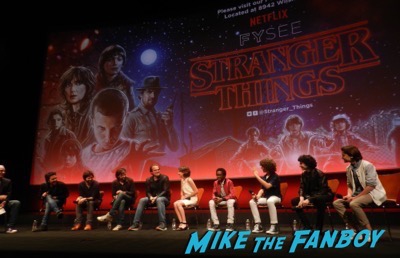 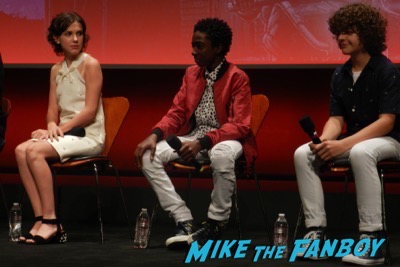 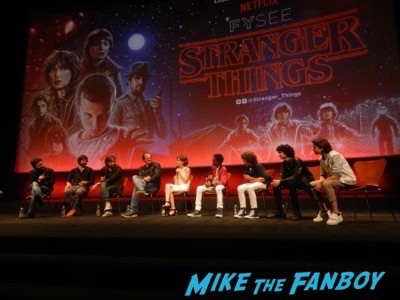 It was a good panel, and Millie Bobby Brown is adorable. 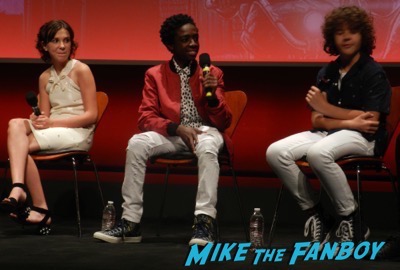 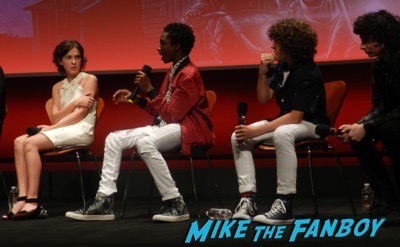 Afterwards, there was a crush at the stage. Millie Bobby Brown was very nice, she signed my Funko Pop Vinyl for me.

Then I got Noah Schnapps on my poster as well.

Finn Wolfhard refused to sign, literally telling everyone, “No.”

Caleb signed on the other side, so I didn’t get near him.

I didn’t see Gaten, but I think he came over and signed a little.

It was a fun night, even though I was only able to get two people, the drinks definitely helped! 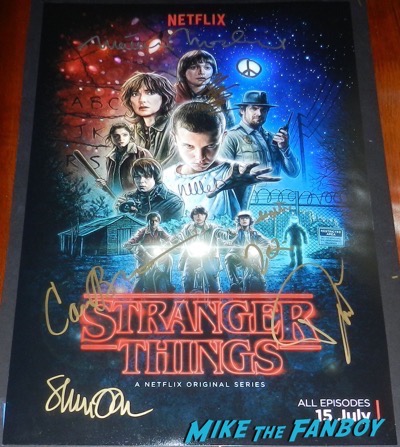 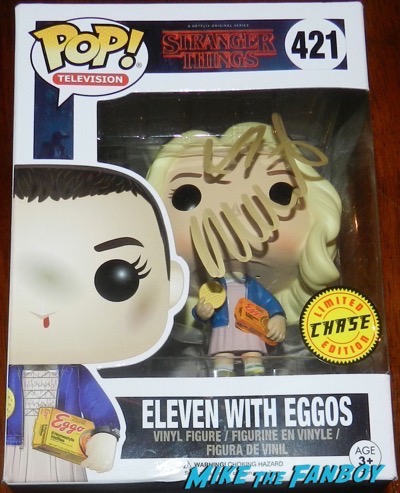