Billy Beer had a great night the other day with one person who is super hard none other than Friends star Matt LeBlanc! He’s tough man and he was out promoting Episodes and did a talk show taping. Also on the show Selma Blair from Cruel Intentions and rockers Lincoln Park!

Check out Billy’s report after the jump!

Sometimes you just have one of those days when all the stars align literally and figuratively. For me, those days don’t happen too often. I usually miss something, or someone, OK, I missed one photo op, but close enough)

Today my quest included Matt Lablanc, Selma Blair and Linkin Park. Now here’s what I had heard, Matt is tough, but he’s gotten better since Episodes came out, Selma is a sweatheart, and LP is usually pretty cool. Selma I’ve liked for a while, maybe I should try and get a picture of her and SMG kissing from Cruel Intentions signed. (here is where anyone who has tried to get SMG starts to laugh). I think I’ll just go with some fashion pics. I just grabbed a band photo LP. A friend of mine is a HUGE fan of theirs, so whoever I get on it is going straight to her. Matt I found a couple of cool pics for just in case.

So I arrive a little on the later side today, and surprisingly there are only about 10-15 of us, which is actually nice cause I’ve spent the last 2 weeks being squeezed premiere after premiere.

The band is already in but they haven’t done their sound check yet. First to arrive, Selma. We get a wave, but that’s about it. There goes any hope of an early night. Next to arrive Matt. Matt must have gone to the same waving school (actually they could have practiced it when Selma was on one episode of Friends) Now the band is warming up. They all go back in without out any luck.

For some reason Mike (he’s the rapper in the band) came back out and went over to the other side and signed and took pictures with the fans over there. Time to warm up my yelling voice. MIKE!!!! When he was done over there, he came straight over and was nice enough to sign for everyone. Nice! 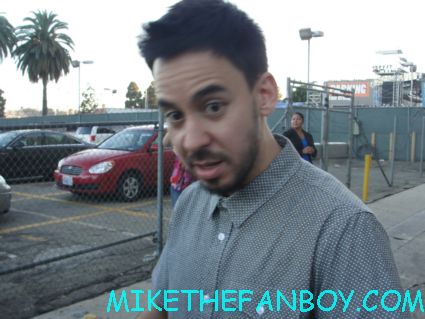 Time for departures, Matt is the first to leave. Not expecting much here, He’s walking that line where you’re still not sure if he’s going to the door or making his way down to sign. He barely brushes past that door and is on his way to us. He’s not the most talkative, but he’s signing multiples AND taking pictures. 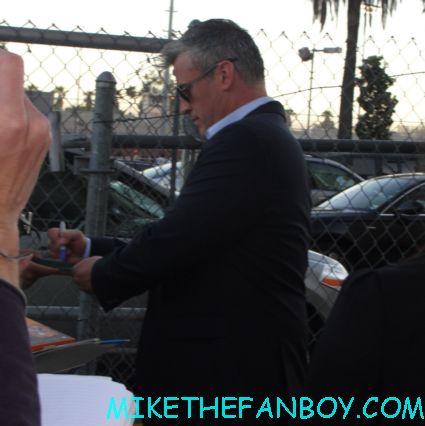 I get both my pictures done, and right as he’s about to pose for a picture with me someone starts talking to him and he walks over to them. Oh well. 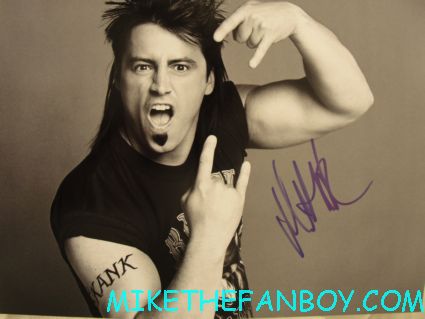 About 15 minutes later (sorry I don’t have exact times like some people 🙂 Selma makes her way down. She starts on the other side, and just keeps signing and signing, finally she makes her way to my end. 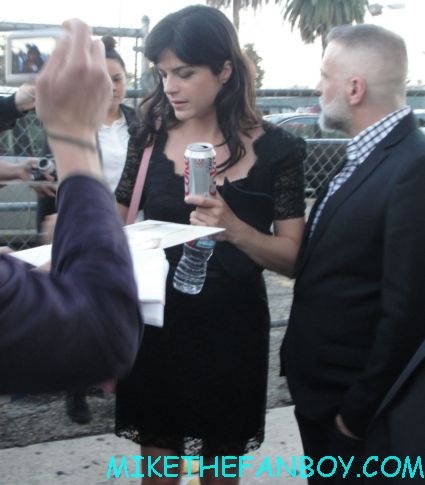 She is super nice! I ask for a picture and she doesn’t hesitate. It didn’t click and she asked me if I got it. I said it’s fine (little did I know), and thanked her. she walked away, then I looked at my photo. LMAO! Not only is she so nice, she is so funny! This picture alone made my night. 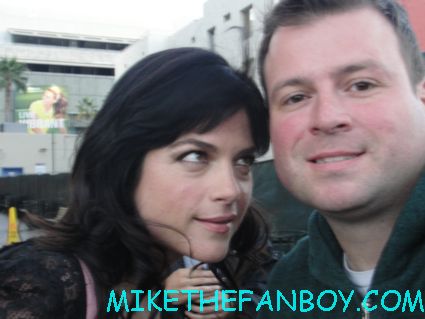 Time to wait for the band, mainly Chester. My friend wanted me to take pictures, so I walked to the side and found an area in the fence to click away. 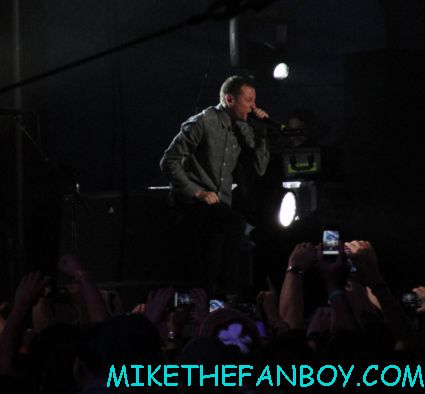 People started talking, saying Chester was going to sign on the other side on the way out cause he was in a hurry. Normally I don’t know who to trust, but a few of the big music collectors were over there, so I made my way over. Wouldn’t you know it, when they finished Chester walked straight over and couldn’t have been nicer. He was moving quick, so he didn’t have time for photo ops with everyone. 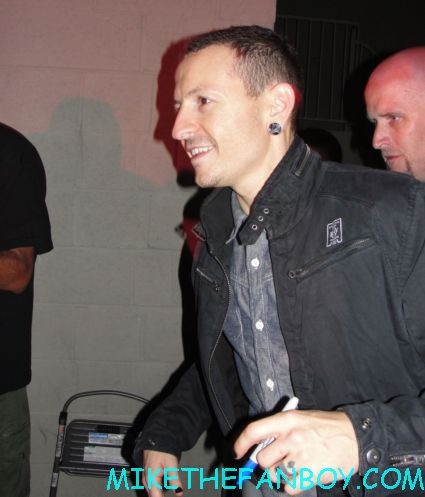 My night was done. Everything I brought got signed, and I’m driving home a happy man. 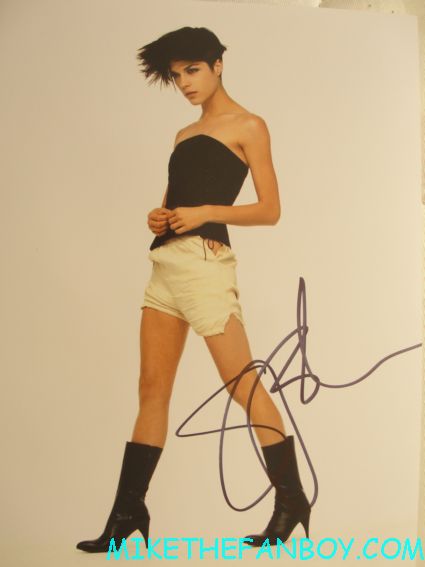 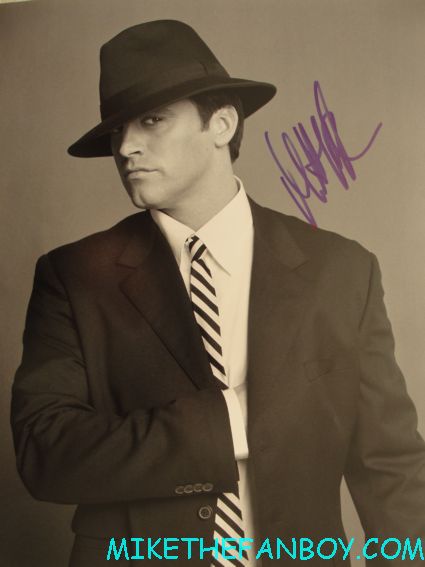 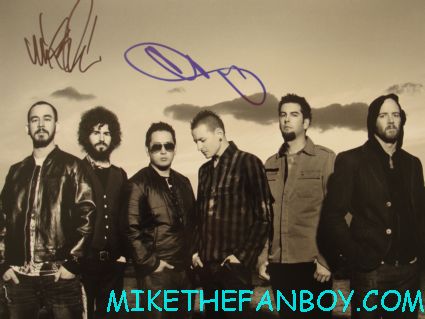