Ohhhh just in time for Halloween, Suddenly Susan is sharing her experience with the fiendish delights of Son of Monsterpalooza! I didn’t know that Monsterpalooza gave birth and to a son no less!

Clearly, I wasn’t able to head down for this convention, but I assume there would be gore and scares! Perfect for the Halloween holiday! (insert evil laugh here)

Check out the photos and fun and… Wait for it Monsters… Of The Son of Monsterpalooza! HAHAHAHHAHHAAHAHAHHAHAAHHAHAHAHAH That was me writing my evil laugh… Doesn’t translate does it?

I attended the Son of Monsterpalooza Convention in Burbank this past Saturday. I’ve never been to Monsterpalooza, (would that be called Father Monsterpalooza?) so I wasn’t sure what to expect. A good friend of mine had a booth there in order to showcase some of his artwork. Insert shameless plug here: go to www.killerpumpkins.com to check it out. Horror and gore aren’t really my niche, but I was pleasantly surprised to see a nice extension of Sci-Fi and a little pop culture as well.

I didn’t do any autographing at the event, but there were a few good people there, such as Lance Henriksen of Aliens fame, Veronica Cartwright of Alien fame, and Stephen Lack of Scanners fame. Malcolm McDowell was there, but Sunday only, and unfortunately, I couldn’t make that day. He’s definitely one I would have liked in my collection.

For anyone interested in make-up, creature creation, or sculpting, this was the convention for you! Along with many original artists, there were several Hollywood veterans of movie magic. I spotted an alien “skitter” from television’s Falling Skies and had to take a photo. 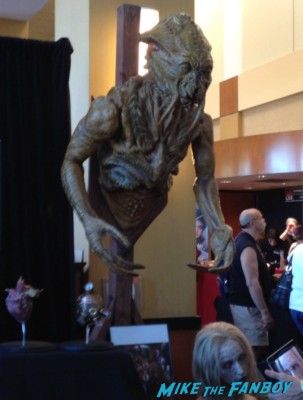 This was one of Master FX creator Todd Masters, as was this bust I couldn’t quite identify. Anyone creature buffs out there know from where this teethy creature hails? 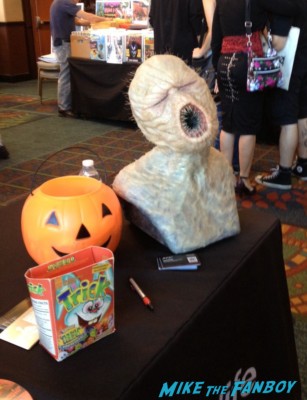 If you ever wanted to empathize with those actors who sat through 3 or 4 hours of makeup every morning before shooting, here was your chance. They had professional makeup artists, such as Bruce Spaulding and Anna Cichon, applying full prosthetics, etc. to anyone who was interested. Take for instance this lady. She entered the convention as a young woman ready to tie the knot. She left as a Zombie Bride! 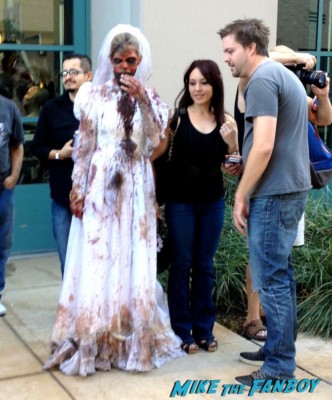 There was a static display called “Bride of Frankenstein” that was simply amazing. Even if you’re not a fan of the genre, the artistic detail here has to be appreciated. It was truly impressive, to say the least. If you stood close enough and long enough, you’d swear the characters would eventually move. They just looked too real. 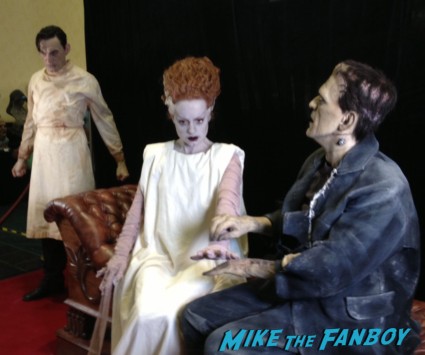 Now this, I assume original, costume freaked me out. His face totally gave me the heebie jeebies. Is there anything more disturbing than Baby doll masks? Throw in a wheel barrel full of body parts, and you’ve got full on spine chilling creepiness! 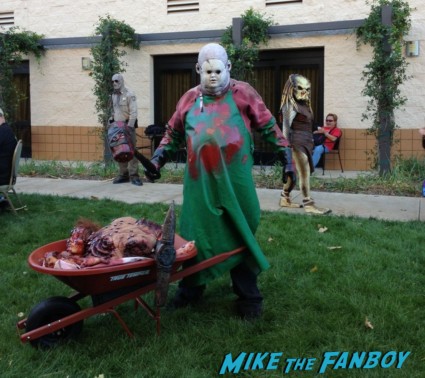 It was funny to see Freddie Krueger, Jason Voorhees, and Leatherface just hangin’ out, chillin’ with each other. Creepy Wheel barrel Guy photo bombing them was a great touch. 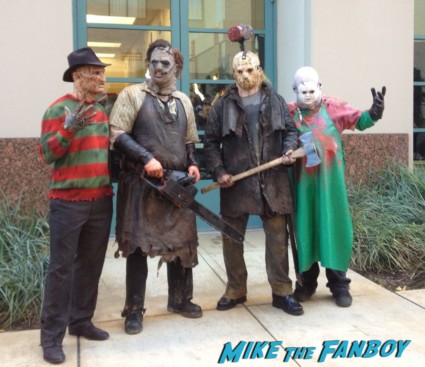 It was a fun convention overall, even though I left empty handed. But, if you are a horror movie fan, interested in makeup or special effects, definitely check this one out next time it comes around. You won’t be disappointed! 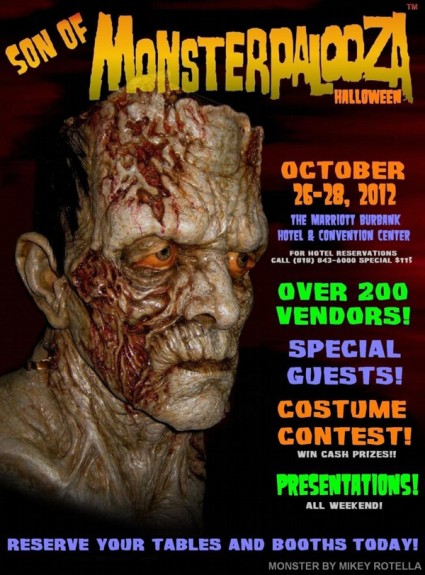