As Mike the Fanboy has already posted, we attended the Los Angeles Comic Book and Sci-Fi Convention on Sunday. This is a fun little con for those who hate the overbearing “professional” cons like Wizard World, Fan Expo, etc.

I went for one person only – Tom Welling. I’ve seen every episode of Smallville at least twice and have been a big fan since the beginning. I was excited to meet Tom. I got a quick selfie once back in 2014 at the Draft Day premiere, but it’s terrible and it’s not like you get to chat at those things!

Unfortunately, mine turned out rather crappy. I’m not sure what happened. I was handing over money for my photo with Tom as he signed a Pop for me and one for Mike who had a brand new, deco pen that was working great. For some reason, Mike said he switched to his own deco pen to see if it was “better” and well, you can see the sad result. 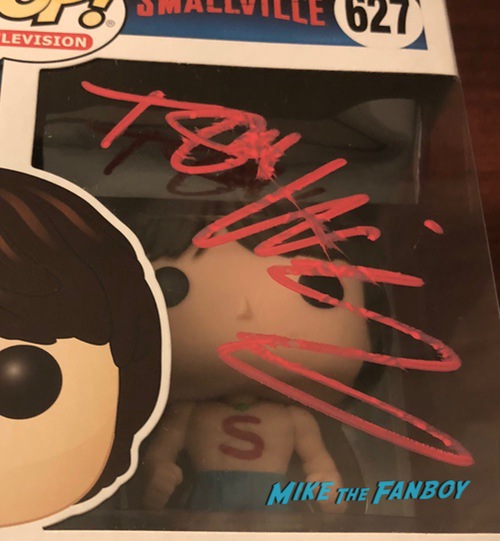 Chatting with Tom was awesome. I mentioned a small indie he had done and his face lit up. “I’m really proud of that film,” he said. As I said above, I also opted for a photo with Tom. He’s about 6’3 and I’m about 5 nothing and he kept getting up on his tippy toes to make himself even taller. I told you he was fun! 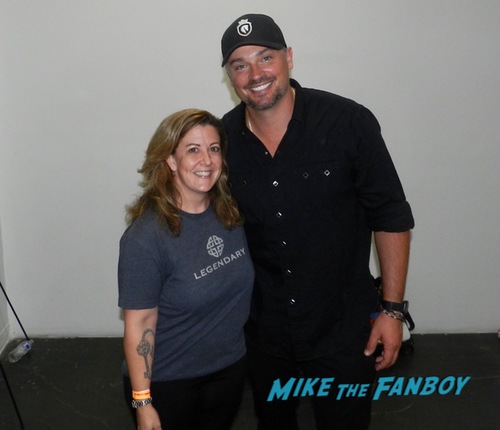 The photo itself is ok – he looks great, but I’m not super happy with my pose. Well, I guess now I have an excuse to go meet Tom again!

Afterwards, Mike ran around the floor looking for another Pop for me to get signed, but alas, they had none. It’s one thing when you get a free autograph at a Q&A or such – you take what you can get – but when you’re paying cold hard cash, you expect to get a nice signature. It’s just one of those things – I mean, what can you really do? 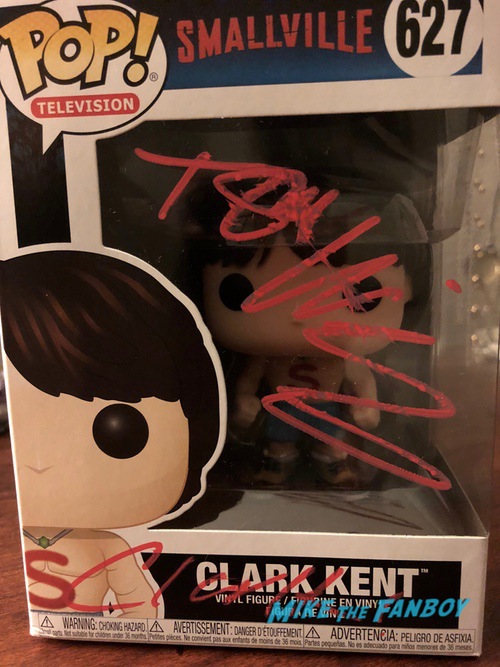