I always love Pinky’s Sundance recaps. Sadly, both her and Keith have been a little under the weather. I totally understand the post-festival or Con sickness. Trust me, I get hit all the time.

Fortunately for us, Pinky was able to choke back her sniffles long enough to pass out the Sundance Awards 2014!

We’re going to get a Sundance best and worst list, but this is a really great recap! Check it out below!

Hello, my lovelies. Pinky Lovejoy-Coogan here still recovering from the dreaded post-Sundance cold. My sincere apologies for our lack of additional videos from this year’s festival – Keith and I were far too tired while we were there and then we both got really sick when we got home, so I’m afraid if we continue to put it off, it’ll almost be time for next year’s Sundance. Mikey has been asking for a Top Ten list and while we do have the typical Top Ten Nicest/Worst, I thought we’d start with a few random categories. And now, in no particular order, I present The Sundance Awards (please note that we were only there the first five days, so our apologies to anyone we may have missed. These are our experiences based on a limited amount of time). Drumroll please….

Billy Crudup (with a bonus assist from Selena Gomez) 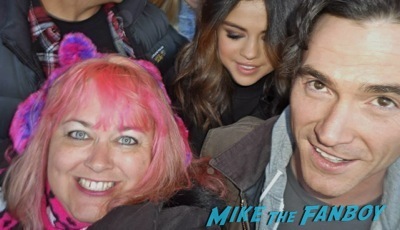 Brett Gelman (who was the only cast member to shoot me down last year when I was trying to meet the cast of Go On….yet at Sundance he was as nice as can be). 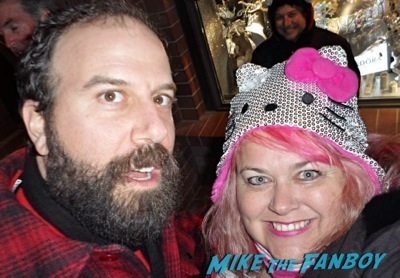 Jack McBrayer (my previous nemesis was unusually nice at Sundance). 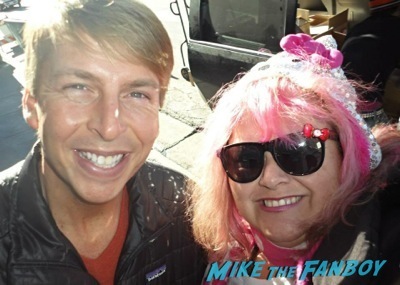 Sam Rockwell (to be fair, he’s always nice to me at Sundance – I’m always surprised to hear differently in LA). 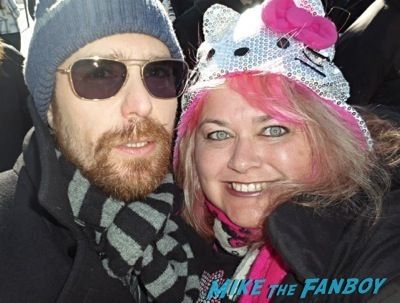 Celebrities I Geeked Over The Most: 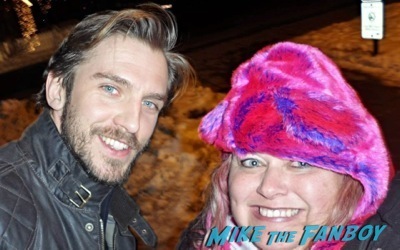 Jemaine Clement (from Flight of the Conchords – LOVE him!!!) 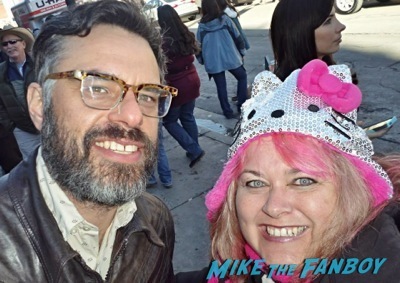 Biggest Surprise To See There: 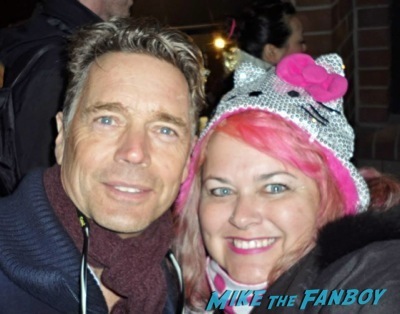 Holly Madison (with her baby!) 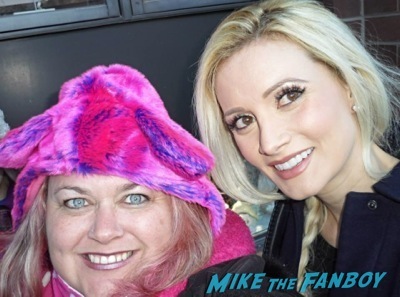 Worst Photo Face (yes, she really makes that face in EVERY picture): 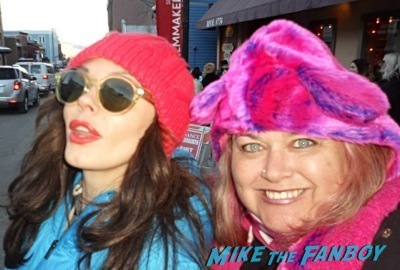 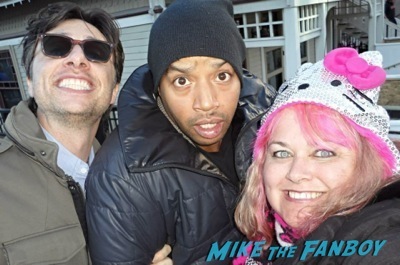 Most Pained Look On His Face: 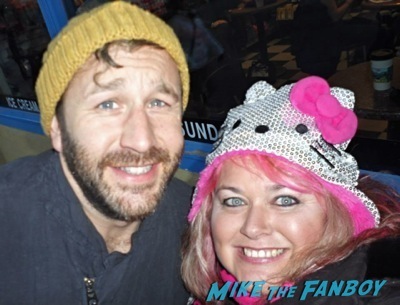 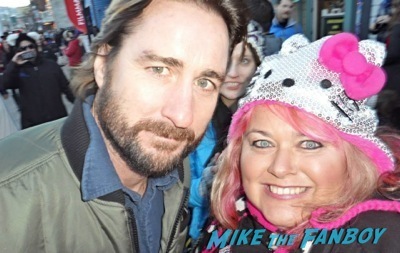 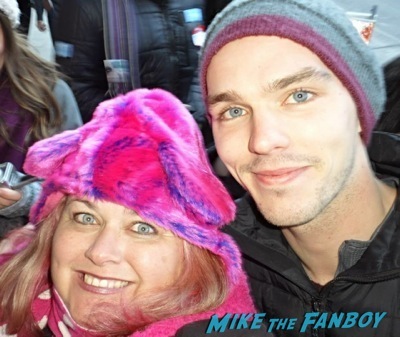 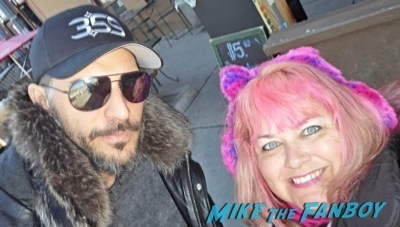 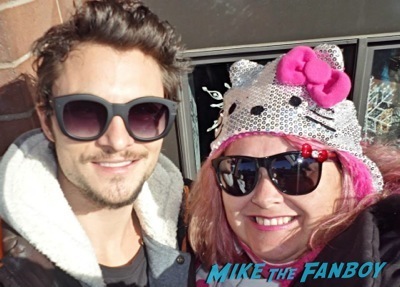 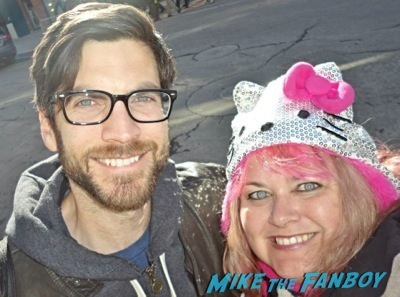 Keith Coogan (wait, how did that get in there???) 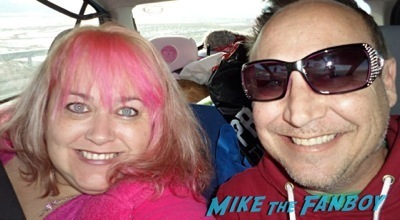 Best Reply To A Picture Request:

Nick Cave (who replied with a hearty, “Sh*t yeah!” when asked for a picture) 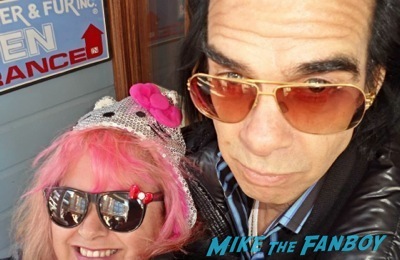 Special Mentions (just for being awesome): 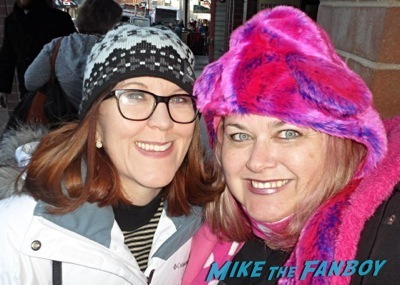 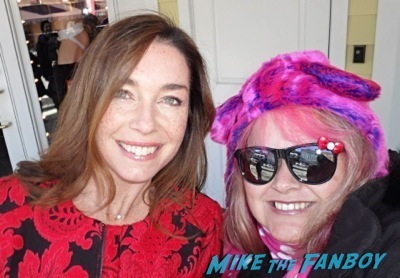 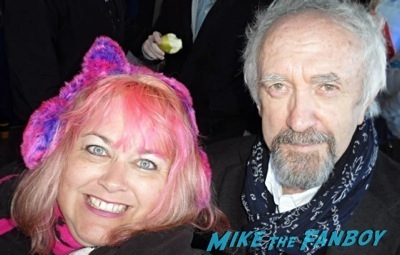 This concludes today’s edition of The Sundance Awards – tune in next time for the Best and Worst celebs at Sundance this year. For additional pink fodder, please visit www.pinkylovejoy.com or follow me on Twitter @pinkylovejoy. As always, have a pink day!