It seems like everywhere you look these days, it’s all about feminism and female equality. While it should be just be a set standard that there are strong three dimensional female characters in movies and television, in truth it’s not.  One of the biggest culprits is the superhero genre. The lack of female superheroes is disturbingly sad. For every 10 male oriented superheros like Batman, Iron Man, Spider-Man, and so on, there might be one superhero who isn’t of the male persuasion.

That all changed this fall when Supergirl premiered on CBS. It’s a fresh take on the superhero tale with a stand out star in Melissa Benoist. Kara Danvers (Melissa Benoist) is a lowly put upon assistant to Cat Grant (Calista Flockhart) of CatCo Worldwide Media. Cat Grant is the very definition of a difficult boss and founded and runs the media conglomerate including the newspaper. 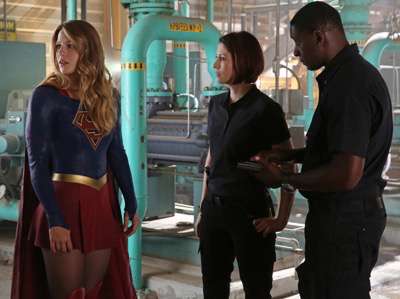 Kara is in fact from Krypton and has the same powers that her cousin Clark Kent AKA Superman does. She’s chosen to hide them from the world in order to fit in. However, when Kara’s sister Alex Danvers (Chyler Leigh) is in the middle of a plane crash, Kara decides it’s time to reveal herself to save her sister.

This revelation rocks Capital City and sends Cat Grant on a mission to find out more about this, “Super, Girl.” New to the paper is James Olsen (Mehcad Brooks) who is friends with Superman and is trying to strike out on his own. Kara is also aided by Winn Schott (Jeremy Jordan) who has a not so secret crush on Kara and to whom she reveals her secret. Winn helps build Kara a proper suit and helps her in her newfound quest. 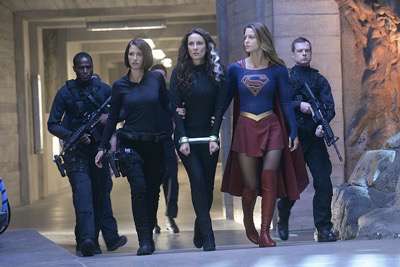 Alex and Kara are very close, but Alex never shared the fact that she’s working with the D.E.O. AKA The Department of Extra-Normal Operations which is run by Hank Henshaw (David Harewood). Hank has a gruff exterior and doesn’t like the fact that Supergirl is on the scene drawing attention to herself. 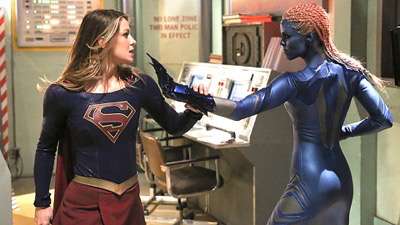 When Supergirl’s pod got recovered so did Fort Rozz, the prison from the Phantom Zone which not only contained the universe’s most ruthless villains but also Kara’s aunt  Alura Zor-El (Laura Bernanti) who was not too happy to see Kara at first.

It’s a lot to process for 20 episodes and while the series struggled a bit to find it’s tone in the beginning, after the first five episodes it really finds it’s groove. Kara is allowed to feel emotion, have anger and really struggle with her place in the world. It’s an important point because up until then she was so eager to please that it was almost unrealistic. Once the tone is set, the series really is a fun ride. The characters are all allowed to behave like real people and not two dimensional pieces of cardboard which often happens in other series. 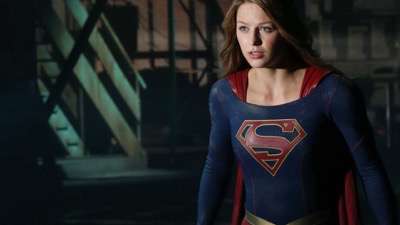 It’s wonderful as well, to have a generation of young girls see a female superhero. It’s a rarity and the fortunate thing is that the series doesn’t give her one shade to play with, she’s allowed to make mistakes and understands that the real learning is in fixing those mistakes and the struggle that goes along with it.

The acting is also top notch. Melissa Benoist was the perfect casting choice for Supergirl. She brings a wide eyed sense of optimism to the character but also has the acting chops to allow Kara to go bad (which she does in one episode). She’s remarkably versatile. Also a lot of fun is Calista Flockhart who chews the scenery with gusto. Another actor without her pedigree wouldn’t be able to handle playing a character like Cat Grant and not have her be an over-the-top cartoon. Flockhart is wonderful and really treats Kara like a surrogate daughter, even when she’s hard on her. 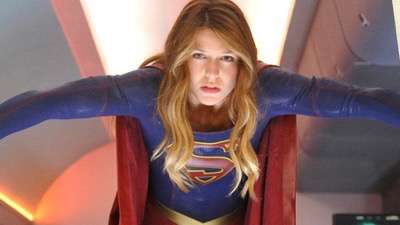 Supergirl: The Complete First Season arrives on Blu-ray in a wonderful transfer thanks to Warner Bros Home Video. The contrast to the broadcast version is stunning. The series really shines on high definition and the colors really pop. The flying scenes in particular really look outstanding. Fine details and color gradients also look excellent, in the close up sequences you can really see the actors emotions come through. 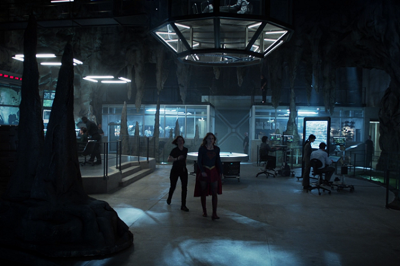 The 2015 San Diego Comic Con Panel – This is a shortened version of the full panel I believe, definitely worth a look especially if you didn’t want to wait in the long lines to get into Hall H.

A World Left Behind: Krypton – This featurette looks at Krypton which is destroyed in the pilot but referenced and seen in flashbacks throughout the series run. It has a bit of the history of the planet and it’s role in the series.

There is also a gag reel and some deleted scenes as well. 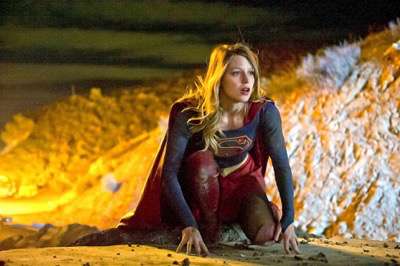 Overall, I really think if you give this high flying series a chance you will fall in love with Supergirl. The series really picks up steam midway through it’s run but in total it’s a great ride. The actors bring a lot to their roles and I’m very excited to see where the series will go now that it’s found a new home on the CW for season two. 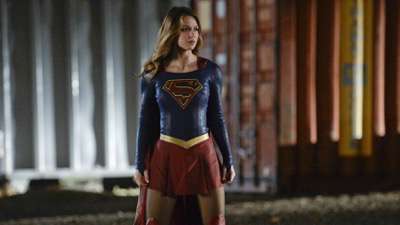 Supergirl: The Complete Second Season is out now on Blu-ray!