DC has been doing a great job of brining their Superhero properties to the small screen. I know I’ve mentioned it before but it’s very much the truth. All of their series have built impressive fanbases and even the newer series are really finding their way and getting their own voices. 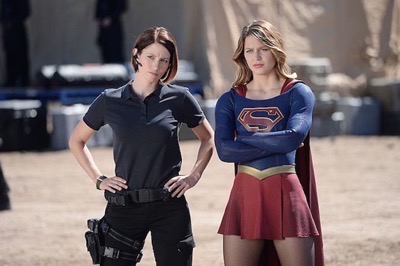 Supergirl, which is arguably my favorite of the DC television series, has been a very mixed series. It goes from serious to cheesy in the matter of only a few scenes. This season was still a bit mixed, but it blended so much heart into the plotlessness, I couldn’t help but love it as a whole.

The second season of Supergirl and the first on The CW brought the series a new birth. It lost some of the sharp comedy from Calista Flockhart leaving the series on a regular basis but gained a lot of heart. We did get the addition of Superman (Tyler Hoechlin) who is a great addition to the supporting cast, even if his appearances are infrequent. 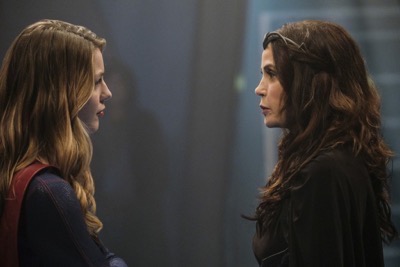 This season Kara (Melissa Benoist) is promoted to a junior reporter at Catco Worldwide and with Cat Grant (Calista Flockhart) out of the picture, Kara is swimming in a new pool. She’s also working at the DEO with Hank (David Harewood) and her sister Alex (Chyler Leigh). Kara is searching for the sinister Cadmus and trying to balance her new relationship with Mon-El (Chris Wood). It’s a difficult relationship to say the least, especially where his parents are concerned. 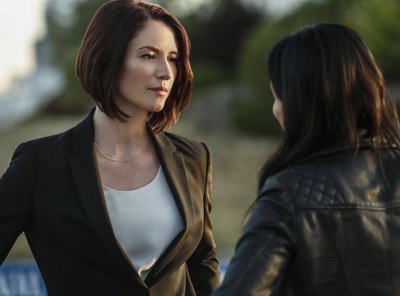 In fact, when Mon-El’s parents come to National City The plan to take over the world and try to kill Supergirl. Rhea (Teri Hatcher) quickly reveals her true colors and Kara must fight not only for her new relationship but her entire city as well. This doesn’t leave much time for her new boss Snapper (Ian Gomez) or her job as a reporter. I guess typing at super fast speeds is a big help when being a superhero and reporter. 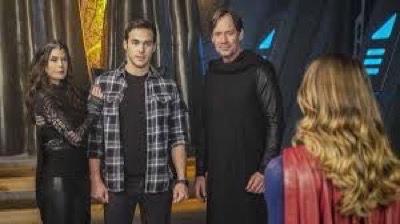 This season we also saw Alex have a huge arc and was one of the few characters to go through a coming out on a television series like this. When it comes to writing a coming out story so many times the writing is super PC or so clumsy it’s hard to be believed. Here, I thought the writers and actors did an excellent job. The process took time, had heartbreak and felt very believable. I really was impressed at the time and care that relationship was given and it added so much to the season. 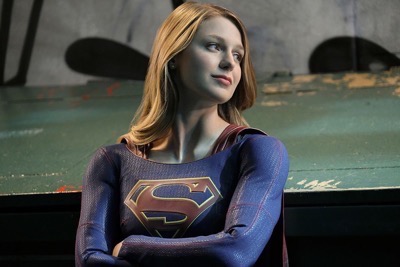 When I say Supergirl is uneven, it feels like it’s the Kara and Alex show a lot of times. The supporting cast really isn’t given a lot to do and in the case of James Olsen (Mehcad Brooks) they just have zero personality or chemistry. This is one of the things the series lacked when losing Calista Flockhart. She added such a fun presence to the series that by the time she made a guest spot on the finale, I was so excited that some comedy was brought back into the series again. Supergirl needs that “Cordelia” from Buffy character to cut through the “wholesome, I want to save the world and do good” motif. That’s what they had in Cat Grant and some of what the season was missing. 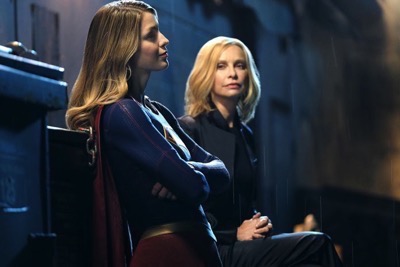 Mehcad Brooks is also either miscast or the writers have no idea what to do with him. At least Winn (Jeremy Jordan) is now at the DEO and has a few fun bits to play off of. Brooks comes onto the screen and sucks the energy and life out of every moment he’s on it. It’s too bad really because in person he has a lot of charisma, but onscreen he fizzles like a can of soda left open for a month.

With that said, the series is still top notch, even though I think it’s still finding itself in some ways, Melissa Benoist anchors the show with an excellent performance and has so much heart as Supergirl it’s impossible not to root for her. The same goes for Chyler Leigh as Alex. She really showed her acting chops this season and it really added a depth and dimension to her relationship with Kara as well. 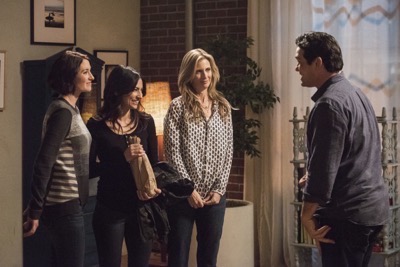 Supergirl: The Complete Second Season arrives on Blu-ray in an excellent transfer thanks to Warner Bros Home Video. This transfer is excellent and if you were debating about buying the Blu-ray versus the regular DVD, debate no more. The series is a different viewing experience on high definition. The colors pop, there is zero fallout and the crystal clear picture really lifts the series up. Pun intended.

Supergirl: Alien Fight Night – This is a look at the filming and creation of the episode “Survivors.”

Supergirl: Aliens Among Us – This is a 20 minute feature where the show runners talk about how they shape the aliens and come up with the different alien worlds. They also talk about the parallels between the aliens in Supergirl and refugees in the real world. A really interesting feature.

A Conversation with Andrew Kreisberg and Kevin Smith – If you didn’t know Kevin Smith has directed a few episodes in the DC Universe and here he talks about shooting them and his involvement.

Supergirl San Diego Comic Con 2016 Panel – I love that WB includes the SDCC panels on their releases. It’s a fun panel and you didn’t have to stand in line!

Supergirl: Did You Know? – This is a fun feature with some behind the scenes clips with facts about the series. 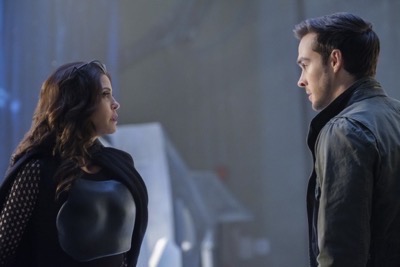 Overall, even with the flaws I mentioned, Supergirl is still of one of my favorite shows. It has a light tone without being too preachy and this season really tackled some difficult topics doing an excellent job in the process. The acting by the leads is top notch and I can see the series really finding it’s way. If you haven’t checked it out yet, I highly suggest doing so!

Supergirl: The Complete Second Season is out now on Blu-ray!