This past weekend I attended the Supernatural Giving Back Tour – a small convention in Burbank, hosted by Creation Entertainment. I actually prefer these small conventions. The crowds are manageable, there’s plenty to do, and you’re not standing for hours waiting for the next line to form. My feet certainly appreciate that! I went specifically for my favorite angel, Castiel, played by Misha Collins, although the weekend lineup had several stars from the show. I met up with two fangirls pals and we perused the Supernatural merchandise. 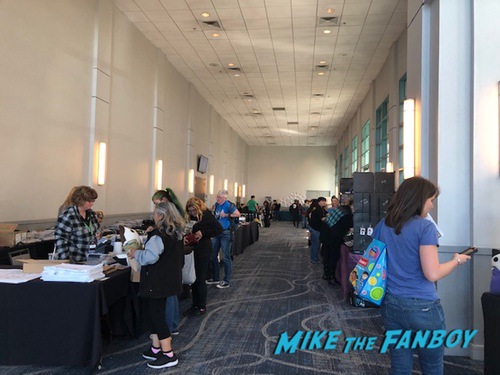 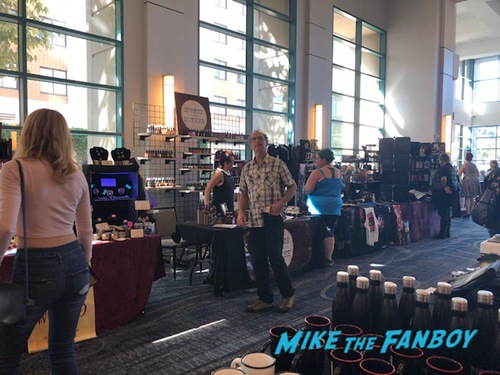 I was so tempted to buy an emotional support pillow shaped like some of the Supernatural characters. They were super cute! 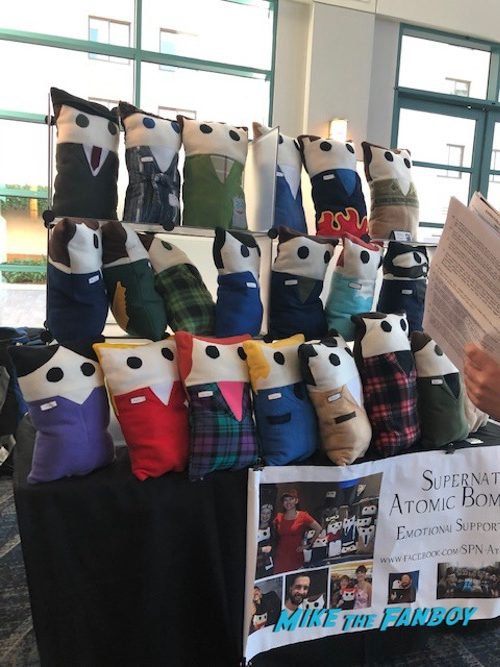 We were lucky enough to have close seats for Misha’s panel. I’ve watched MANY of his past Q&As online and he’s funny, charming, and super entertaining. It was a real treat to finally see one in person and he did not disappoint. Since he was the weekend’s headliner, anyone who wanted to ask a question had to submit their name into a lottery earlier in the day. Before it started, those chosen had their names put on the large screen in order from one to ten on the right and left sides.

People asked the oddest questions, such as this 13 year old girl who asked Misha to adopt her. His quick wit saved the would-be awkward moment. “Is you mom here? Did she bring the paperwork?” Great response! 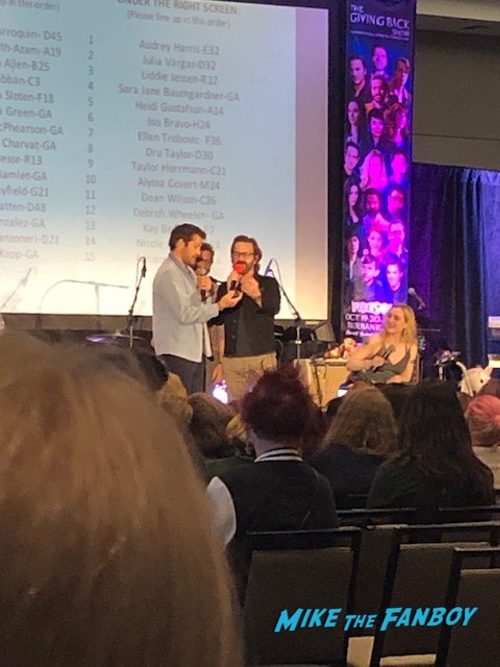 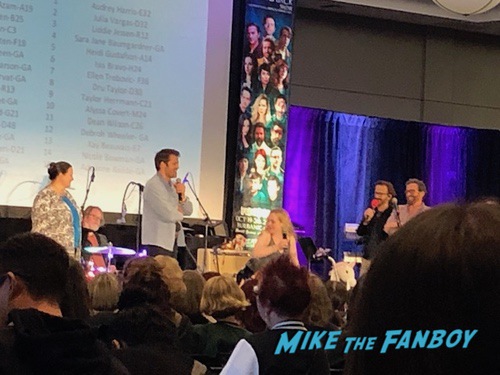 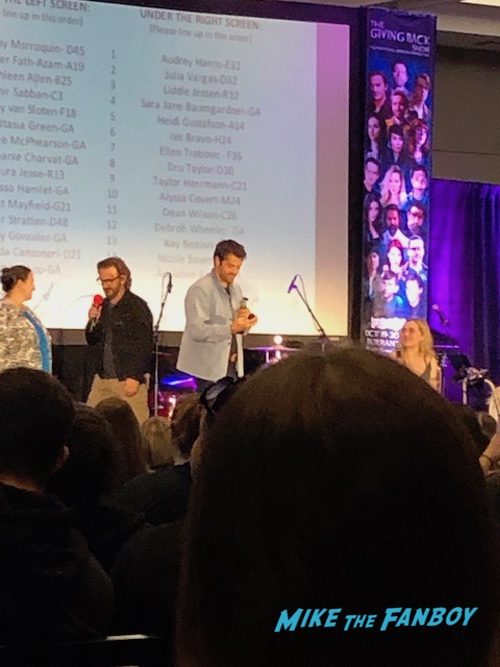 Next we had our photo ops. Since he’s tall and I’m not, I asked if he wouldn’t mind just giving me a bear hug. I got what I’d say is one of my favorite celeb photos ever! I love that he leaned on my head with his chin and had the perfect facial expression in the moment. 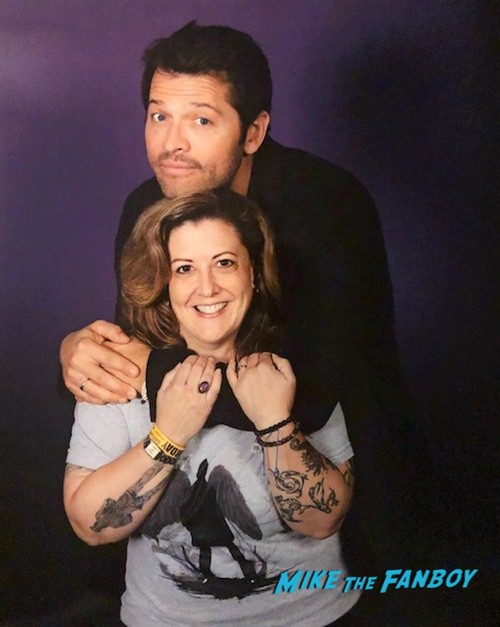 After that we all went back to the main hall and watched a pretty intense auction! Some amazing items were up for grabs and the prices stayed pretty reasonable. It was fun to see the back and forth between fans bidding. We also watched a funny panel with DJ Qualls and Osric Chau and later Richard Speight Jr and Rob Benedict and got to see their band Louden Swain rock out! Rachel Miner, who has MS, joined the stage again with Misha. She is the executive director of his charity organization Random Acts. Over the course of the weekend they collected over 6,500 items donated from fans that will be sent to the Downtown L.A. Women’s Shelter. They also collected close to $10,000 in donations for Random Acts that will be used for several charity projects the organization supports. Check out their website if you’d like to help make a difference:

The last activity of the evening was our autograph session with Misha. VIP badge holders went through first so we had to wait for over an hour, but again, the nice part was we got to stay seated in the main theatre until they called our group. So much nicer than standing for hours and hours. There are five Castiel POP vinyls in circulation and I own three of them. Two are on the rare side so I brought one of them with me to get signed. His handler was amazing. If you had your own pen, which I did, she made sure to test it before handing it to him. It was quick but he signed nicely right in the center and I got to say a quick something to him. After a smile and wink from him, it was over. Sigh.

All in all a short and sweet convention, but I couldn’t have been happier. 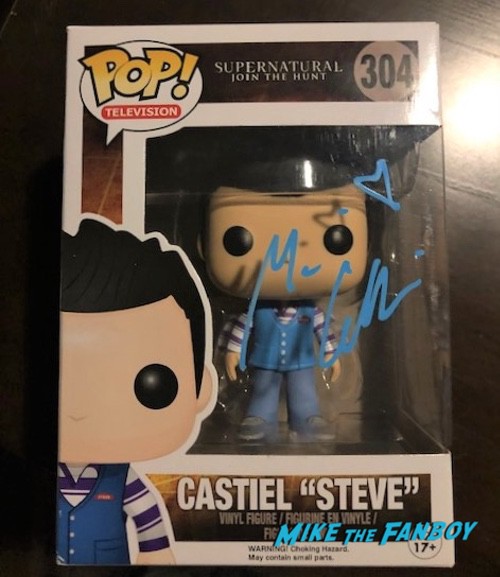