Home / Fanboying! • Stars of the 1980's and 1990's / Susan Sarandon Goodness! The Rocky Horror Star Is Awesome And Quiets The Screaming Horde Of Fans!

Who doesn’t love Susan Sarandon… Apparently everyone I know cause people were talking to me about it for days.

Susan was out and about promoting her new, “film” Tammy with Melissa McCarthy. Sadly, I didn’t get her at the premiere, but I had another chance… I love Susan Sarandon, he’s a legend in film, Thelma and Louise, Rocky Horror, I mean, she really is a film icon.

Scotty and DVD Dave were already on the scene when I arrived with Ace the Autograph Addict. About 8 people or so, not too bad. I wasn’t sure how bad it would be, you just never know. 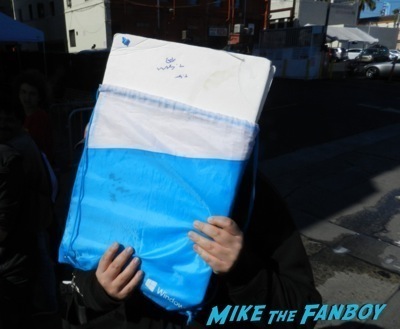 Ace and I ran to Baja Fresh to grab some food and came back to secure our spots. It was hot, sweaty and at the same time windy. Oh, fun times.

I brought a few things with me including Thelma and Louise, Rocky Horror, a magazine and The Witches of Eastwick. Who doesn’t love those movies? seriously! Amazing.

Now, it’s the waiting game. We chatted, we talked, we made fun of people, you know the usual. 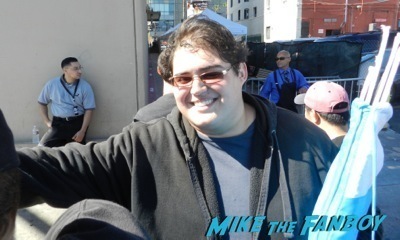 Then Susan Sarandon arrived. Everyone yelled… and we yelled loud. Susan waved and then talked to her people. She stopped, turned around and gave us the sign to be silent. 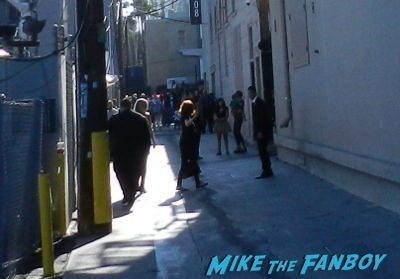 She said, “I’ll do it on the way out guys!” and we cheered. It was an amazing moment. She was adorable. Simply adorable.

And then it’s the waiting game again. We played the “Ace doesn’t know what any actor has been in game” and he lost every time. lol. 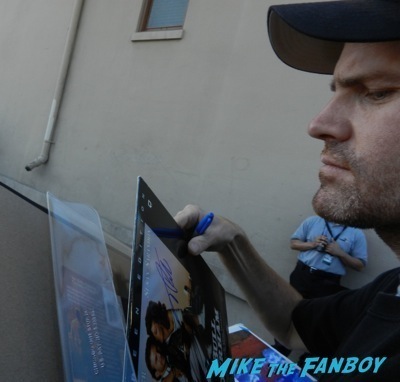 DVD Dave primed his red paint pen, you know the usual stuff. Scotty clutched his Bull Durham laserdisc, I had my Rocky Horror poster at the ready.

And then… Susan Sarandon left. Like she promised Susan came right on over. She said, “Now guys, don’t hit me with six things each!” 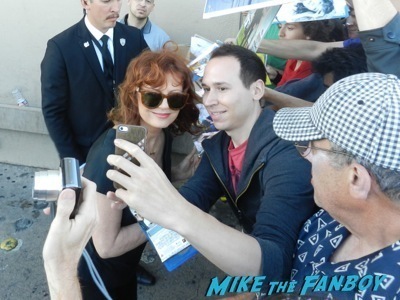 She was trying to do one per person, but cough… some people did get more. I only got one, which is fine, Susan made sure and signed it near her photo on the poster which I always appreciate. 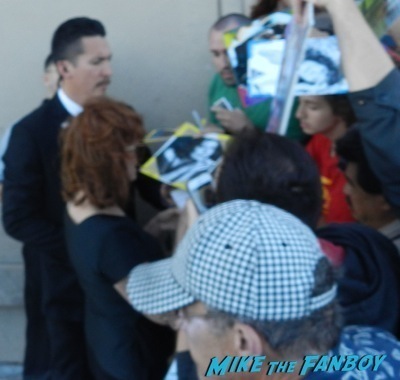 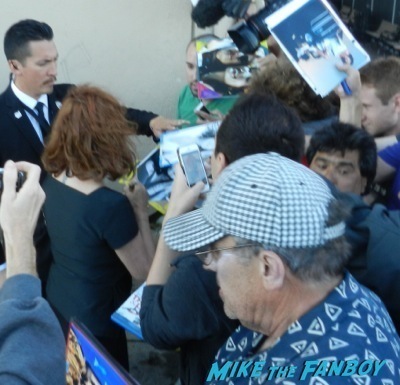 She was very nice, and anytime you can get one thing signed by Susan Sarandon, I’m a happy fanboy!

Plus, when I got home… I had someone waiting for me!!!! 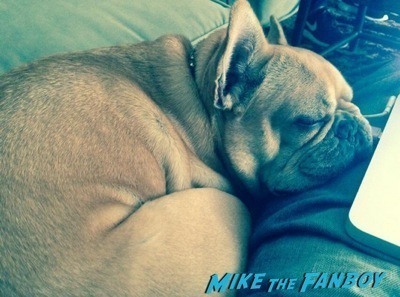 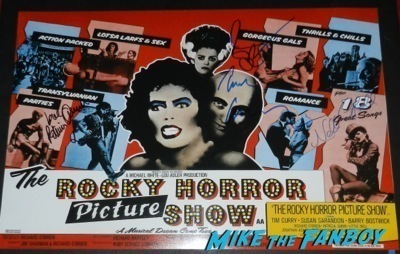 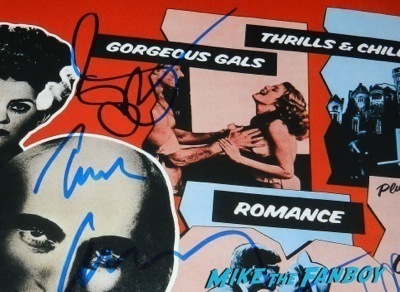