Yoav (Tom Mercier), a young Israeli man, arrives in Paris with high expectations. Upon arriving in France, he discovers his new flat is completely empty and while taking a warm bath, all of his possessions are stolen. Despite acknowledging his Israeli heritage, Yoav refuses to speak Hebrew and relies on fully embracing his new culture, French, even if it requires a dictionary. Yoav’s persistence allows him to open new doors, but simultaneously past demons are awakened with the interesting incidents he continually encounters. 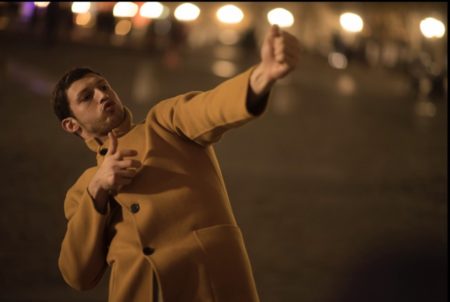 Based on real life experiences by writer/director Nadav Lapid, “Synonyms” is a dramedy detailing the harsh realities trying to wrestle with cultural identities. The universal message of immersing yourself in a new culture can certainly resonate, but the way it’s presented chaotically creates more perplexing moments than necessary. Newcomer Tom Mercier magnificently bursts onto the screen with a hypnotic performance and is the primary reason to experience the film. However, that’s not enough to justify a viewing experience. 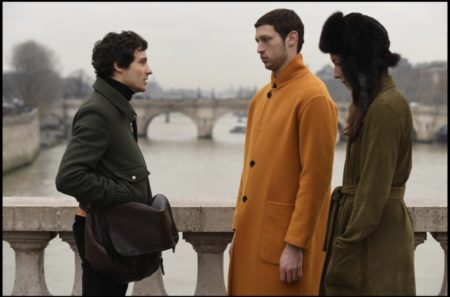 L’art pour l’art inspired the English rendering of “Art for art’s sake.” The concept certainly comes to mind when sitting through this movie. Purely functioning as a “movie,” this jumbled mess known as “Synonyms” transitions from one sequence to another almost as an extemporaneous exercise with no cohesive connection besides the protagonist. 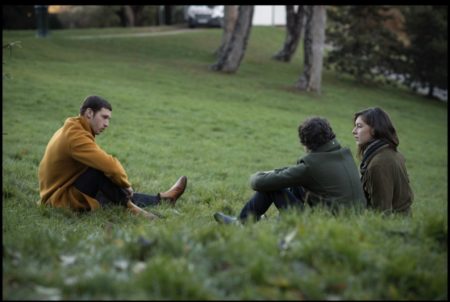 Initially the film opens with a captivating almost Cinema Verite sequence that’s reminiscent of the style of “Run Lola Run.” However, this misadventure manages a constantly changing and sketchy feel forcing frustrating situations one after the other creating an annoying allegorical mess. The new wave influence and imagery from the 1960s, especially the love triangle, certainly creates fleeting flashy moments, but overall it’s a jumbled mess. 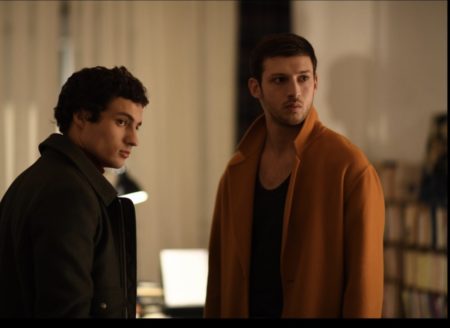 Yoav’s crazy character is mesmerizing at times thanks in large part to Tom Mercier, who I’m excited to see in future films. His uninhibited nature should be applauded for the amount of nudity required, but feels overwhelmingly unnecessary. Still, “Synonyms” left me equally excited and frustrated with the frequent jump-cuts and hand-held cinematography, but it definitely did capture the fleeting fantastic moments of life wonderfully. If you’re looking for something stylish and not your typical movie, “Synonyms” may be the foreign film for you.