Home / Elisa In The Big Apple • Fanboying! / Elisa Gets Taken! After Meeting Liam Neeson! Famke Janssen! Forest Whittaker! That Is! Autographs And More!

It’s been forever since we’ve heard from Big Apple Elisa! And I’m so happy she sent over this recap from the Taken 3 fan event in the Big Apple. I’ve missed seeing her recaps and I’m sure you have too!

Not a bad night for sure!

This last week I had the luck of being able to attend a fan event for the film Taken 3. The four leads were scheduled to attend. I knew I’d be unable to stay for the film because of work but I was determined to try for Liam Neeson who has eluded me, especially as of late. It was an incredibly cold day so the lovely people at 20th Century Fox allowed us to wait inside and let us into the holding area even earlier than usual.

We all received nice warm hats as swag, as well as an 8×10 poster for the film, presumably to get signed. 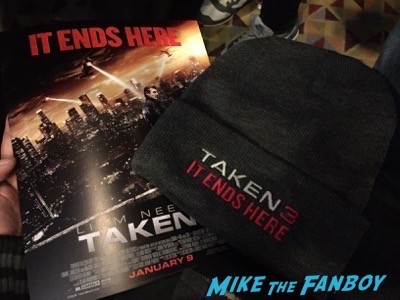 After being herded and lined up along a red carpet and in front of a stage, we were asked trivia questions for prizes. About an hour after that, it was announced the cast had arrived.

First up was Maggie Grace who plays the daughter in the film. She was delightful, as always, stopping along her way up to the stage to sign and pose for selfies. I had brought along my copy of the first film but it already had her autograph on it so I had her sign the new piece. 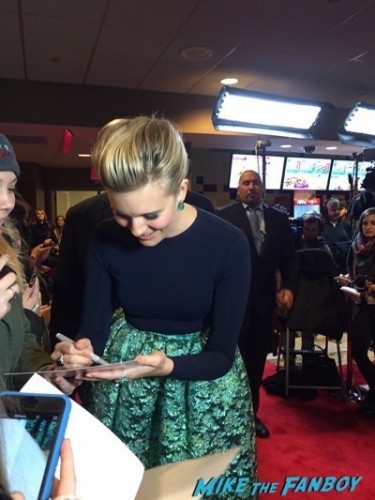 Next was Famke Janssen, who also stopped to sign and pose. She signed both of my pieces. I’ve gotten her quite a few times but for some reason have never been able to get a photo, that night was no different. Oh my luck. 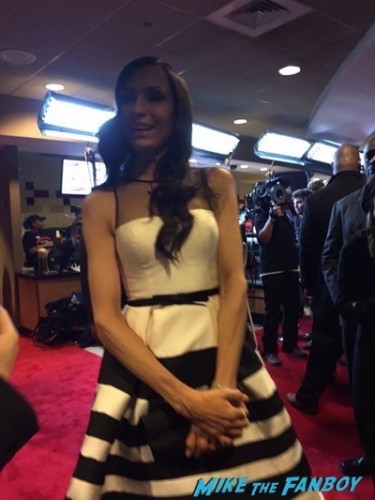 The director also came around and though he headed straight to the stage, he did sign a bit afterwards.

Lastly, Forest Whittaker and Liam Neeson came out together, working the crowd. Forrest signed my piece but I had my sights on Mr. Neeson. First he signed my Taken 3 piece. Then I asked for a photo and he kindly stopped to pose. I snuck in my solo shot of him to which he jokingly said, “Oh, who’s that guy?” Success! 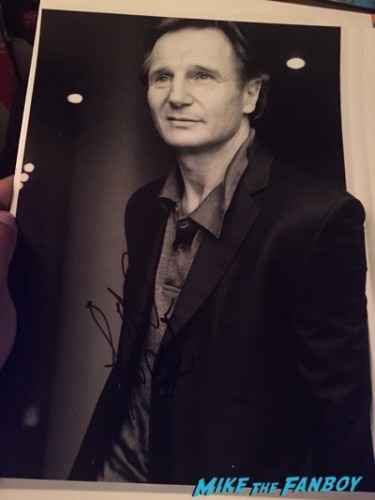 I had to run (literally) to get to work on time and even though I was a few minutes late, it was so worth it! 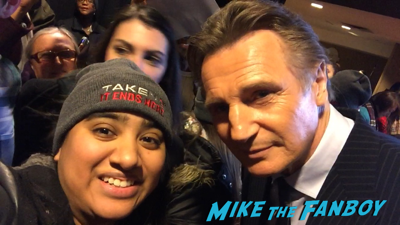 I’ve since seen the film and it great! Brian Mills (Neeson) is quite the man of action and I can’t deny, I’ve enjoyed all three films.

Well, thanks for reading! 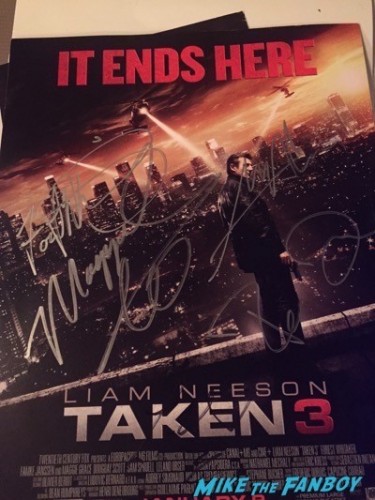