Thor: The Dark World burned up the Box Office this weekend! The stars sat down for some interviews to talk about the film and what’s in store for their characters, the future of the Marvel series and the Norse God himself!

Karalee has all the scoop below!

Marvel and movies and Thor, oh my!

It’s almost hammer time as Thor: The Dark World opens in theaters Friday. The blockbuster sequel already is slaying the global competition, opening with $109.4 million at the foreign box office and smashing it’s way into theaters this week.

The movie reunites Chris Hemsworth (“Thor”), Tom Hiddleston (“Loki”) and Natalie Portman (“Jane Foster”) as they embark on more Asgard adventures. For many fans, the great battle lies within the question of “Team Thor” vs. “Team Loki.” For Portman, the answer is clear: “Oh, what kind of woman would I be if I didn’t say Team Thor?” she said during a recent global press conference. 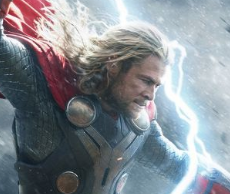 Hemsworth, ever-cordial and charming, chimed in that’s he’s “Team Loki,” keeping the mood light and playful among the seemingly tight cast. That ease and comfortable air comes with familiarity with one another and an understanding of the characters they’ve embraced. Thor: The Dark World marks the third film Hemsworth and Hiddleston have shot together (including the first Thor and The Avengers), with the two having established a certain level of trust. 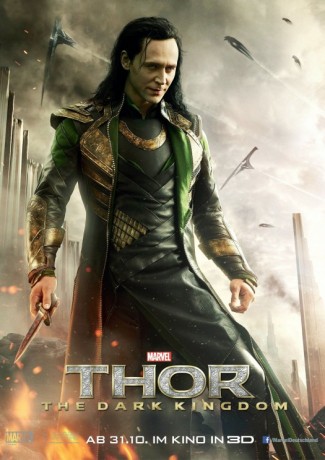 “We’re able to pick up where we left off and have developed a great friendship along the way,” Hemsworth said. “From the beginning, we were lucky. We just had a chemistry and the same kind of enthusiasm.”

Given her expanded role, moving from spectator to the middle of Thor’s world, Portman said she was thrilled to come back for a second go. 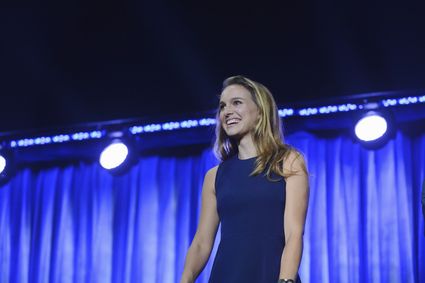 “(My character) Jane gets to go to Asgard this time, I was lucky enough to get to work more with Tom…it was definitely a lot of laughing — maybe too much laughing on set,” she said.

Hemsworth echoed the “too much laughing” sentiment, assuring “There will be interesting DVD extras on this one.” 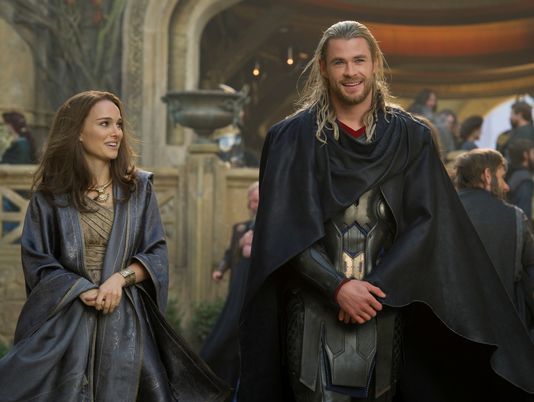 The laughter and humor spilled over onto the big screen, with early reviews noting the added humor in this film. Director Alan Taylor said his initial approach to the film was to “darken the world and deepen it and dirty it up a little bit.” As the process unfolded, however, he realized that “if we’re going to possibly kill off some characters that we love, we’d better make darn sure that it’s balanced on the other side.” With the levity afforded in other Marvel blockbusters like the The Avengers and Iron Man 3, Taylor said he knew he had to add some laughs, adding “the humor was critical.” 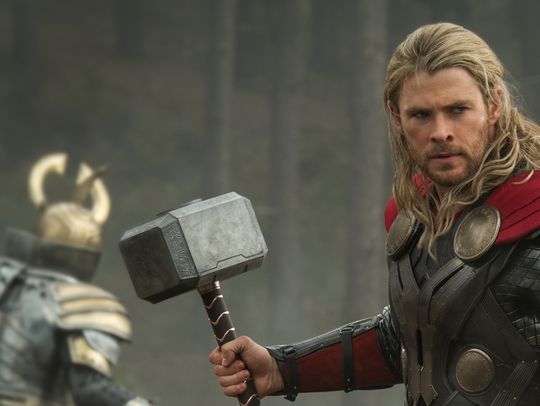 With humor often comes improv and that’s where Kat Dennings (“Darcy Lewis”) comes in. The Two Broke Girls actress said she’s not allowed to improv on her CBS sitcom, so when the Thor crew told her to wing it, she didn’t know what to do. “I was very jetlagged, so I think “banana balls” came out of my exhaustion.”

Christopher Eccleston (“Malekith”) brings to life the villainy that all Marvel films must combat. When asked how he channeled the rage and mercenary evil for the role, he said it was simple: “My makeup call was about three o’clock (in the morning). I was in the chair about four o’clock; 10 o’clock, I hit the set. So I was not a happy elf.” 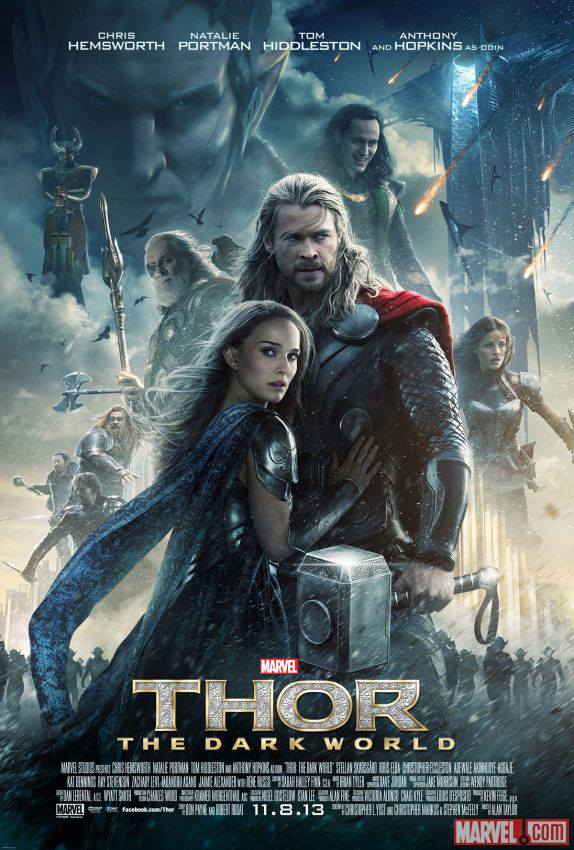 Recalling how he grounded himself for his performance, Hemsworth said he remembered what co-star Sir Anthony Hopkins (“Odin”) said to him during filming of the first Thor. “We walked in in our outfits and he has the eye patch and the whole thing…and he looked at me and said, ‘No acting required here.’ And I always remember that and think, ‘Yeah, don’t compete with it.’”

For Hiddleston, it’s the film’s core focus — the family relationships — that keeps the storylines grounded and relatable. “We’re traveling through space and time, we’re dealing with gods and monsters, but the heart of the film, from my perspective, is a family: a father, two sons, two brothers, a mother, and the fractious intimate interaction that they have.”

Not hard to see why fans have fallen in love with Hiddleston and Loki, whose character popularity, the actor said, has been “such an amazing surprise.” Hiddleston described Loki as “a broken character, grief stricken and bitter and jealous and angry and lonely and proud.” But, he adds, Loki is also the “god of mischief,” and that playfulness resonates with fans. “It’s a very, very fun fault line to dance on.”

Thor: The Dark World is in theaters now!