USA has had it’s fair share of excellent original programming as of late, and their newest series is Colony. Starring Josh Holloway and The Walking Dead’s Sarah Wayne Callies, Colony is produced by the amazing Carlton Cuse who is the man responsible for Bates Motel.

At this years San Diego Comic Con, Suddenly Susan had the opportunity to sit down with the cast of Colony, check out what the cast has to say about the new series below!

One of the television highlights of this year’s Comic Con was COLONY, USA’s newest and highly-anticipated sci-fi drama. COLONY takes place in the near future in a now occupied Los Angeles and centers on one family’s struggle to survive. Can they bring liberty back to the people or will they choose to collaborate with the occupation and benefit from this new order?

The series stars Josh Holloway (“Lost”) as ex-FBI operative Will Bowman and Sarah Wayne Callies (“The Walking Dead”) as his wife, Katie. COLONY hails from executive producers Carlton Cuse (“Lost”) and Ryan Condal (“Hercules”) and is a co-production between Legendary Television and Universal Cable Productions. The show’s presence was strongly felt around Comic Con as the Red Hats marched the streets of the Gaslamp area and free Uber shuttles escorted tired con goers around town.

I had the chance to sit down with some of the cast, as well as the producers for an in depth look at this intriguing new show. 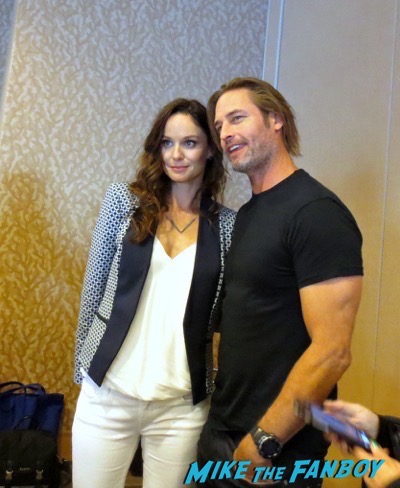 Peter Jacobson (“House”) plays Proxy Alan Snyder, a political leader of the occupation. He described his character as someone who, post-occupation, has chosen to “live above the fray and have power and “take advantage of others.” He is “wielding that power” when the story begins. The story itself he said, “is meted out slowly and is not about special effects or explosions” and is a “character driven show”. 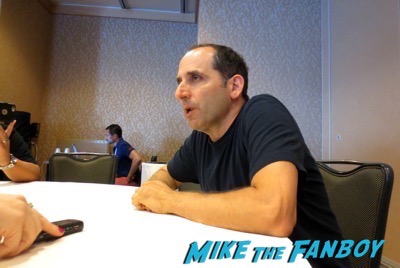 Sarah Wayne Callies explained that her family has been separated from their younger son during the invasion, and the show boils down to “a marriage that has to answer the question, how do we get our son back and whom are they willing to ally with and how much of their souls are they willing to sell to get him back.” One of those choices is collaboration. 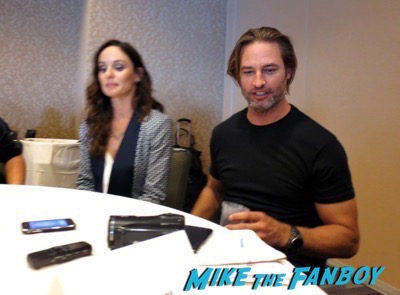 When asked which side the Bowmans would find themselves if their son was not missing, Josh noted that, “as an ex-FBI man hunter, Will wants answers.” Sarah added, “they are not roll over and take it people” and “to fight for a larger cause where your children might then be alone creates a greater moral dilemma.” Josh said it’s about the journey “to reunite their family, preserve their love, their humanity and ultimately survive the struggle of the human race.” Ultimately, this is a human story about love and the conservation of that love. 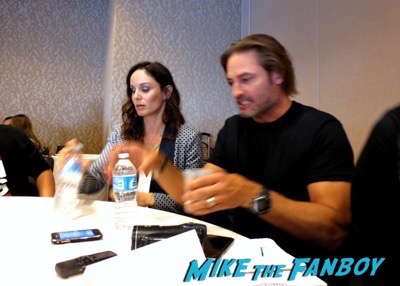 Lastly, creators Carlton Cuse and Ryan Condal stated that the inspiration for the story came from looking at photos of Paris during the Nazi occupation throughout World War II. “We were looking at these incongruous images of really well-dressed Parisian women sitting in sidewalk cafes drinking espressos while Nazi storm troopers were marching down the street.” The idea of people trying to lead normal lives during extreme conditions was fascinating to them. “At its core it’s a human drama,” said Cuse and the show will explore what it means to be an occupier and a member of the resistance equally. They mentioned their own struggle to have the show shot on location in Los Angeles, which they felt was particularly important. “Los Angeles is a character in the show,” noted Cuse and definitely has a parallel to occupied Paris and its enduring beauty. 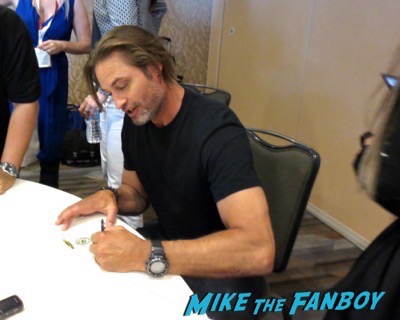 COLONY is set to premiere this fall on USA Network. Check out the trailer at ColonyTV.com and be sure to tune in and choose on which side you’d be – collaboration or rebellion. 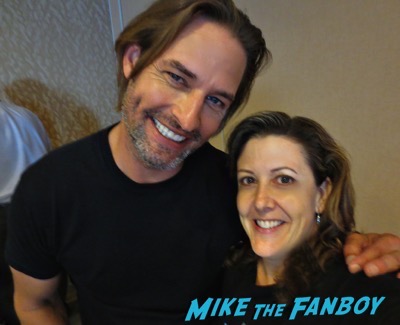