Each year over a long weekend in April, a couple thousand classic film buffs descend upon Hollywood Blvd. for the Turner Classic Movies Film Festival. In an especially celebratory year, both the festival and namesake cable channel earned milestone 10th and 25th anniversaries, respectively.

Attendees chose among five theater venues within a half-mile radius to appreciate some nitrate or go on “Holiday” with Cary Grant and Katharine Hepburn. New this year, the Hollywood American Legion Post 43 shared a beautifully restored theater and vintage, wartime bar. 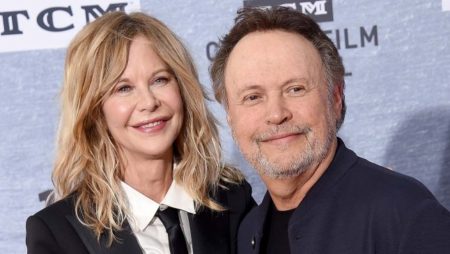 Over at the Hollywood Roosevelt hotel, Angie Dickinson introduced a poolside screening of “Ocean’s 11”, known for her role as Frank Sinatra’s wife, whom she described as “the most exciting man on Earth.”

Remaining coy as TCM host Ben Mankiewicz tried to pry into the co-stars off-screen romance, all she would divulge is that while marriage was brought up, she realized a perfectionist like Sinatra would consume her career aspirations, adding, “I would have to live his life and not mine. I was trying to be a movie star.” Mankiewicz and Dickinson have become close friends, and he impressively named her his favorite interviewee of all time.

The annual hand & footprint ceremony is a favorite once-in-a-lifetime event to behold, steeped in history and always heartfelt and emotional. Rob Reiner presented Billy Crystal, his friend and colleague of 45 years, with the honor this year. 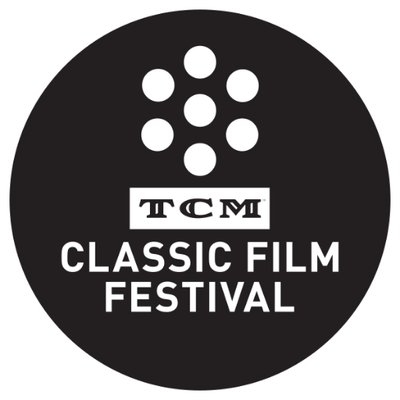 Reiner and Crystal met when they were cast as best friends in an episode of “All in the Family”, and Reiner thought, “I guess that’s what we should be, and from that day on, we’ve been best friends.” Crystal previously presided over Reiner’s and his father Carl’s ceremony, which gave the day a “synergy” and “completion” felt by Reiner returning the favor.

Crystal played to the crowd and photographers, enlivening the ceremony and infusing it with sentimentality as he lauded his family with gratitude. Present were his wife of nearly 50 years, Janice, daughters Jenny and Lindsay, and grandchildren, as well as composer Marc Shaiman and “City Slickers” co-star Daniel Stern.

“Thank you my amazing family, friends, all you fans for all of these years, the real media, thank you,” Crystal said to laughs. He added, “I don’t take this lightly at all. I take this to my heart.”

Reflecting on his funny origins, Crystal noted, “You try to make your parents laugh, and that laugh becomes this delicious drink that I was always thirsty for. I never would’ve imagined that [this] could happen for me.”

“[Wexler] looked me right in the eye and he said, ‘Bill, she’s gonna be beautiful forever.’ And I got it. We make little bits of forever. That’s what’s so wonderful to be part of the movie industry.” 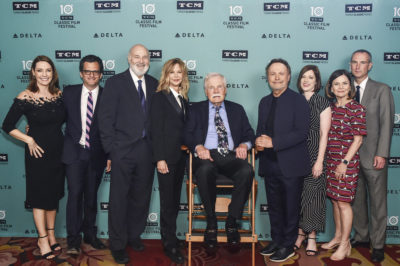 Throughout the weekend, conversations were held with casting directors and producers, Juliet Taylor and Fred Roos, responsible for the careers of Jack Nicholson, Meryl Streep, and Harrison Ford, among others.

A truly engaging panel called “The Descendants” featured children of famous actors including Jennifer Grant (daughter of Cary Grant and Dyan Cannon), Dr. Hasna Muhammad (daughter of Ozzie Davis and Ruby Lee), and Fraser Heston (son of Charleton Heston). They regaled the audience with tales of their “normal” upbringings and the mutual love shared by them and their parents.

Asked if they collected any cherished possessions from their parents, Heston revealed his father kept the staff of Moses from “The Ten Commandments” and used to say, “Be careful [with it] ’cause it still has a few red sea partings in it.”

Grant pointed to her wrist, exposing a watch with a thin, black leather strap which her father wore “all the time.” Additionally, she was thrilled to share the news that high-end eyewear designer Oliver Peoples recently launched a licensed Cary Grant collection, including a pair matching the glasses worn in Hitchcock’s “North by Northwest”. Grant was also on-hand to introduce a screening of her father’s incredibly smart, funny film “My Favorite Wife” co-starring Irene Dunne. Led in conversation by actor and comedian Mario Cantone (“Sex and the City”), he couldn’t help but gush over her and her father’s legacy.

A highlight of the festival, the “All About Nora” panel assembled key figures in the life of author and filmmaker, Nora Ephron. Ephron’s son, Jacob Bernstein, producer Lauren Shuler Donner, longtime personal assistant J.J. Sacha, and actress Rita Wilson spoke with unending love and respect for Nora, who’s untimely passing from cancer at age 71 is still felt today. Food, glorious food, was often the subject of the panel, and endearingly, the audience and panel were surprised with a pink champagne toast in her honor, mimicking Ephron’s request to have the same indulgence served at her memorial service.

On the final evening, the festival celebrated the network’s 25th birthday on the exact date it launched to longtime host, the late Robert Osborne introducing “Gone with the Wind”, now celebrating its own 80th anniversary. TCM executives and hosts raised a champagne toast on the closing night festivities where passholders drank from branded anniversary flutes. Manckiewicz owed the success of the channel to pioneer Ted Turner and a greatly missed and beloved Osborne. Much to delight of all in attendance, he raised a glass and said affirmatively, “the festival isn’t going anywhere,” so indeed, here’s to another decade of the TCM Classic Film Festival!