Home / JM • Q and A / Teen Spirit Q and A! JM Gets Prepared To Sing Along After Meeting Elle Fanning! Autographs! And More!

Certain celebrities are always a blast meeting and always go above & beyond for being so fan friendly. Obviously, Jessica Chastain continually reigns as one of the nicest, cool celebs around, but one I always feel who gets overlooked is Elle Fanning. Now I know some people might disagree with me, but she certainly captures her fans’ hearts every time she is out and about.

Earlier this week, well as of two days ago (while writing this), Elle Fanning turned 21. Already an accomplished actress, she has already accumulated an impressive resume working with Tony Scott (Déjà Vu), Alejandro Gonzalez Inarritu (Babel), David Fincher (The Curious Case of Benjamin Button), J. J. Abrams/Steven Spielberg (Super 8), Francis Ford Coppola (Twixt), Cameron Crowe (We Bought a Zoo), Nicolas Winding Refn (The Neon Demon), Woody Allen (A Rainy Day in New York) and Sofia Coppola (Somewhere and The Beguiled). Her resume is already an amazing accomplishment, but her dedication and determination to her craft captures a hungry actress. Needless to say, she simply impresses me with her acting abilities and I wish her continued success.

Most recently Elle Fanning was commemorating her post birthday celebrations by attending and promoting her latest feature film, “Teen Spirit.” Originally she was only scheduled for one Q&A, but it was later expanded to two back to back. I only discovered this upon my drive down to the theater and hope that wouldn’t make a difference. Upon arrival, the theater/ production company was distributing posters in the lobby and outside the screening. Sadly, I decided to wait until after the movie, but they were all gone.

At the screening, it was clearly a younger audience anticipating the film and myself included were singing some songs from the soundtrack prior to the film. I enjoyed the film a lot and Mike should be publishing it sometime. Joining Elle Fanning at the Q&A were producer Fred Berger (La La Land) and composer Marius de Vries (La La Land and Moulin Rouge!) with Billboard writer Phoebe Riley moderating. Elle was extremely excited with everyone’s energy and appreciates the reception from our audience. 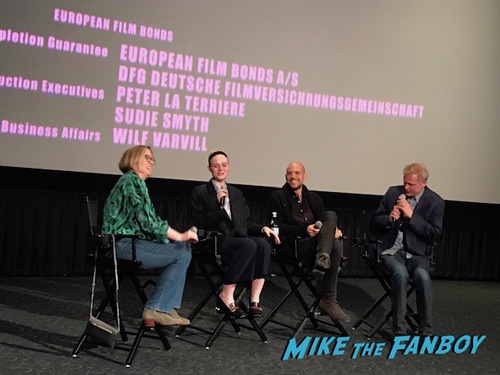 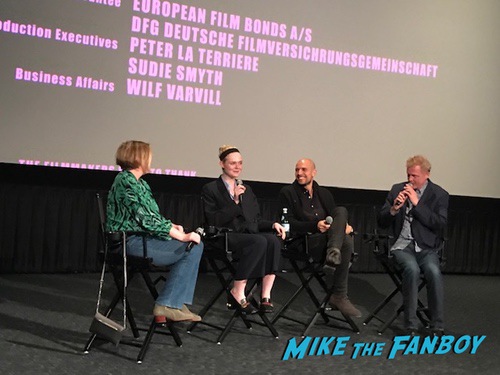 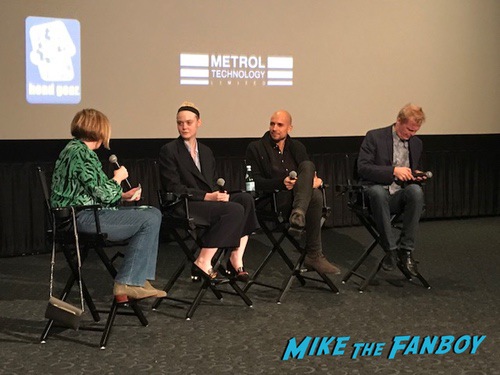 You could certainly feel the love amongst all the panelists and what a pleasure it was for them to make the movie. Everyone equally commented on the process and it was quite remarkable most of the music in the film was already written into the script so they lucked out a lot! 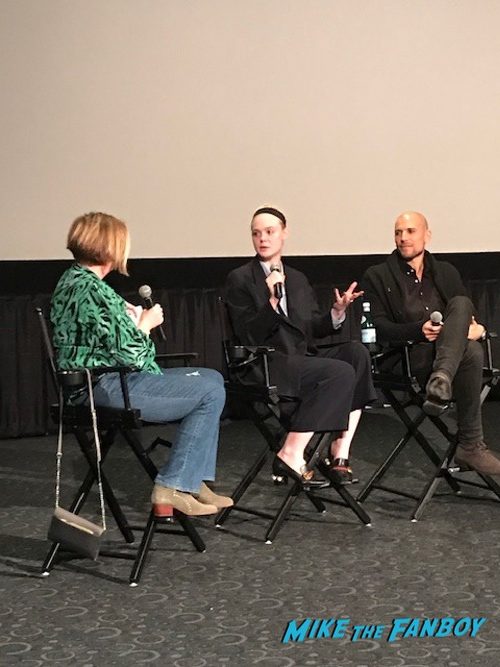 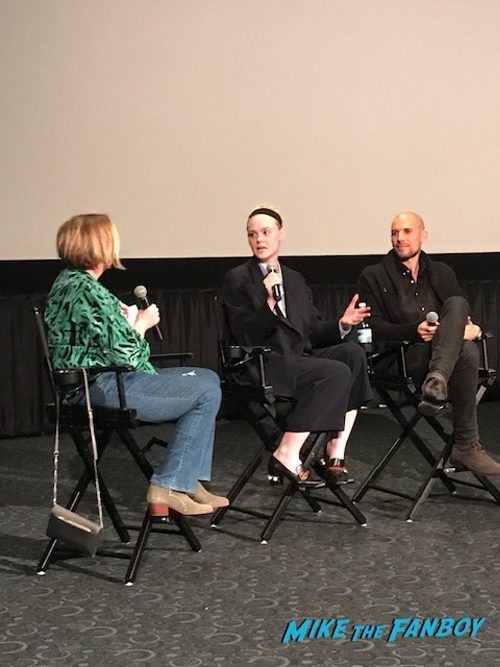 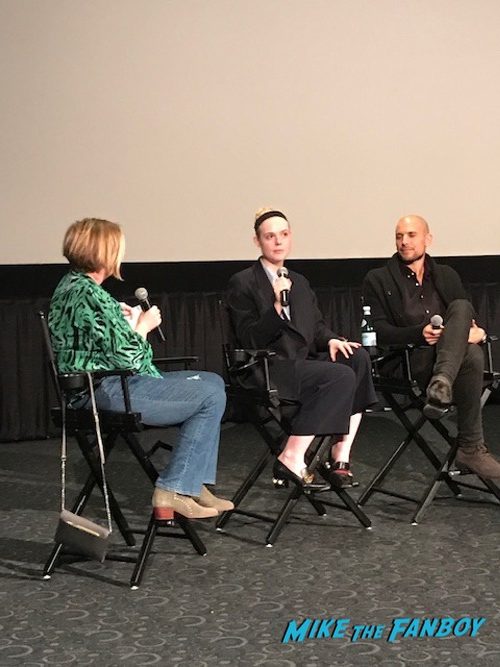 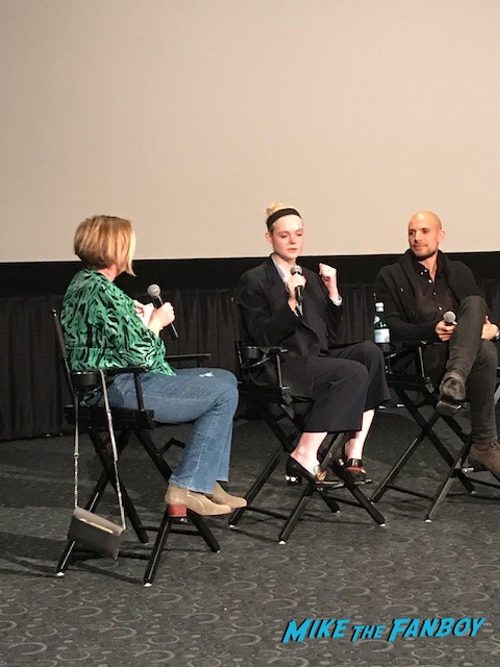 Their passion permeated with every answer and when it came to questions it was a decent batch all around. Adorably enough one girl brought flowers for Fanning and was able to give them to her during the Q&A. 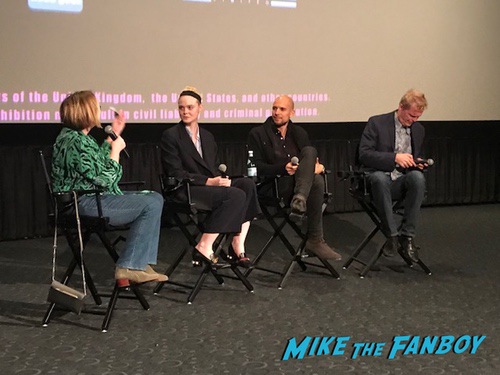 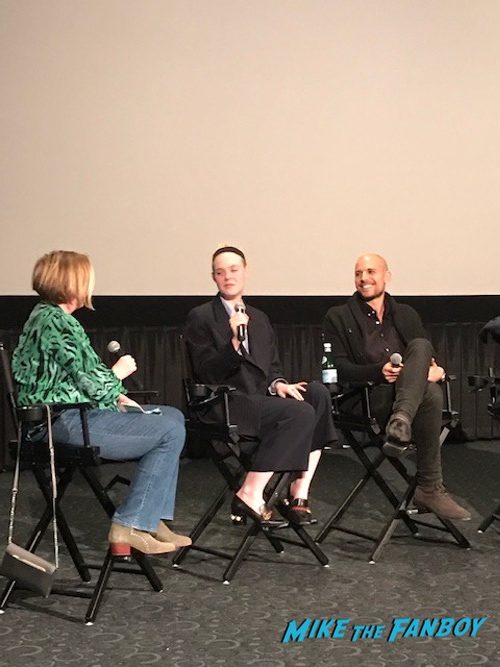 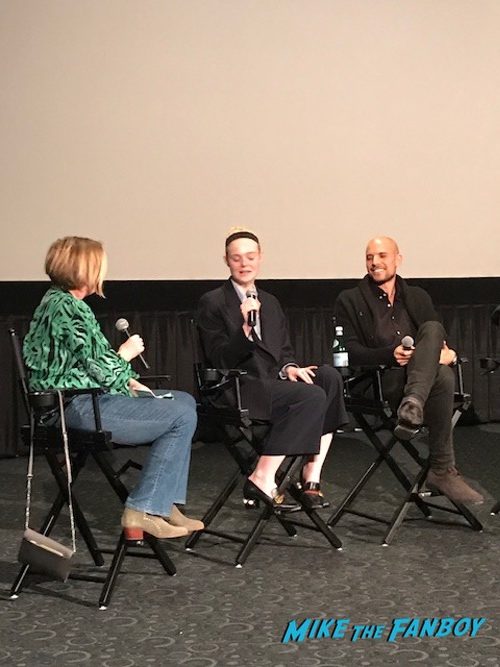 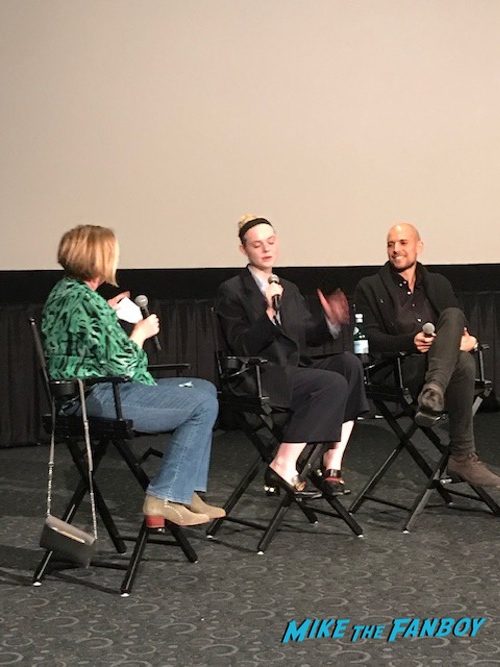 Despite most people holding posters in hands, only a handful initially approached Elle afterwards for pictures and autographs. I managed to get Elle on a “Neon Demon” FYC promo and she took time with everyone equally. Weirdly enough someone actually asked if Elle would sign her phone, which despite the fan asking again Elle obliged before being bombarded by a swarm of other fans. Elle Fanning is a superstar on and off the screen. She graciously greeted everyone in sight.

Later on I learned from Billy, she was equally as awesome at his screening and had two different special guests join her- director Max Minghella (The Handmaid’s Tale) and producer Jamie Bell (Billy Elliot). Once again, friendly Fanning adds another awesome experience to many more fans and proves taking care of fans means a lot. Thanks again Elle for being so awesome and until the next time! 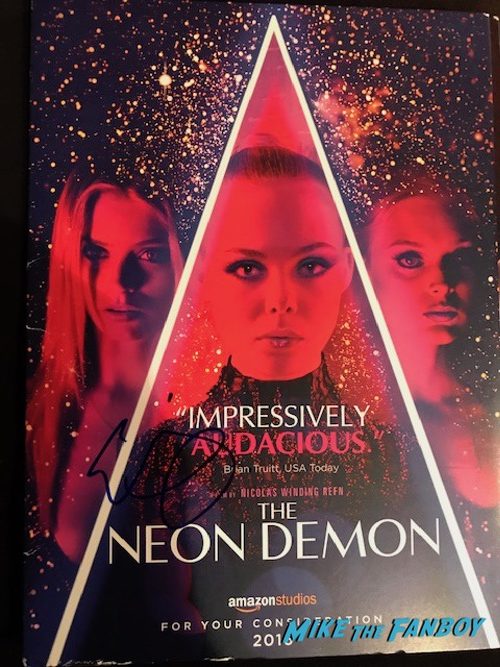